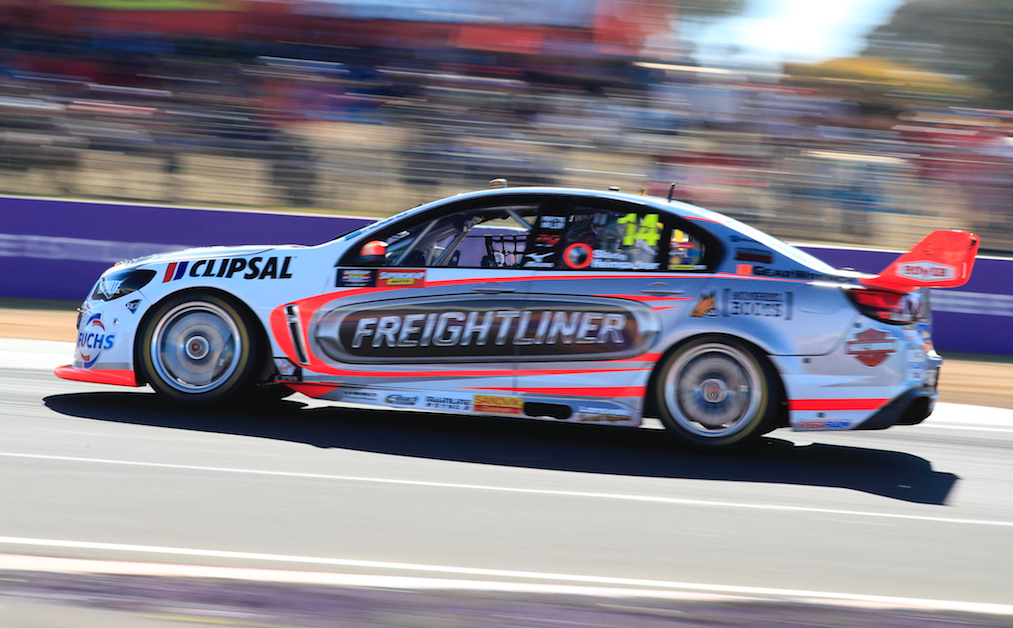 The pair worked together in F1 with McLaren, and Clark played a key role in lining up his replacement.

“Back in late March I spoke with Chris Clark, he let me know of his future plans and asked if I would be interested in returning to Australia with the view of replacing him at Brad Jones Racing in 2018,” Vale said.

“As a kid growing up in Australia, the Supercar series had a big influence on me and is part of reason why I decided to go to UK and become involved in motorsport.

“While in the UK I kept up to date with the Supercar series and the more Chris and I talked over the next several months the more the position at BJR appealed to me.

“After a very positive conversation between Brad and I, Brad organised for me to attend the Townsville 400 event as a guest of BJR.

“This gave me the opportunity meet and interact with the team, helping me find out more about BJR, the Supercar and Dunlop Super2 Series first hand.

“The whole experience was positive so Brad and I agreed to move forward, Brad inviting me to Albury to visit the BJR workshop and meet the rest of the team before I headed back to the UK.

“I must thank Brad, Kim and Chris for giving me the opportunity to work with the team at BJR and I am really looking forward to being involved with the Supercar Series.”

Clark worked with BJR on its Audi Super Touring program between 1997 and 1999, and returned to what had become a Supercars outfit in late-’06 before its switch from Ford to Holden.

He believes Vale will help “take the team to the next level”.

“I’ve enjoyed my time with Brad and Kim, it’s been great to see the business grow over the years,” he said.

“Brad and Kim have been amazing to work with, and the team is a really great group of people.

“I’m lucky to have been a part of bringing this group of guys and girls together and I look forward to seeing what they can continue to achieve in the future.

“I’ve known Peter since 1980, I left McLaren as he was coming into the business.

“Peter is a great operator, and we’ve kept in contact throughout the years.

“He always had an interest in Supercars so the timing couldn’t be more right for him to get involved.

“I think Peter will take the team to the next level, it will be a good change and he’ll bring a lot to the team.”

BJR runs three cars in the Virgin Australia Supercars Championship, three in the Dunlop Super2 Series and one in the Kumho V8 Touring Car Series.