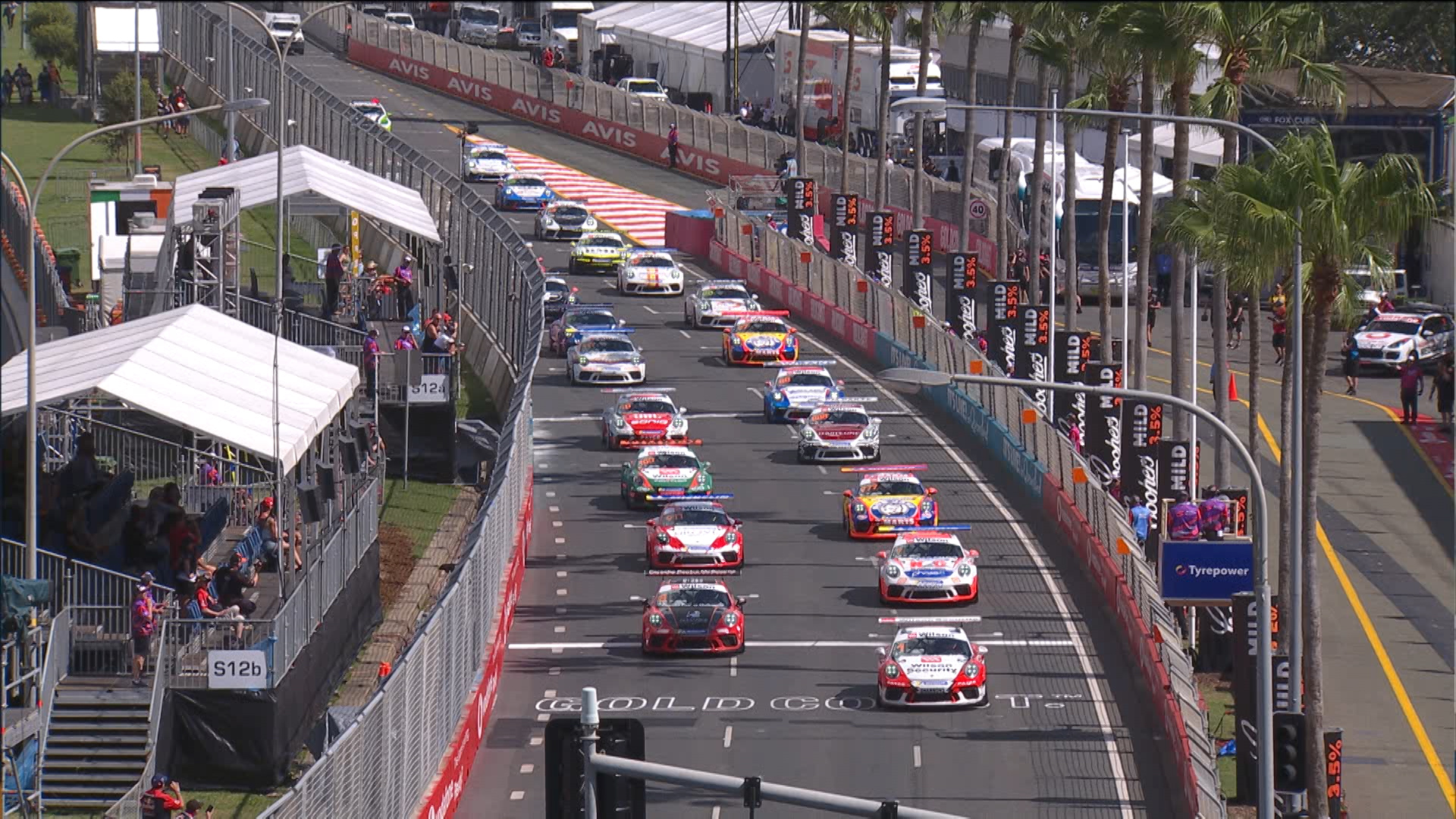 An investigation is taking place following a confrontation between Carrera Cup drivers in the paddock area at the Vodafone Gold Coast 600.

Porsche has confirmed that a hearing into an ‘issue’ in parc ferme will be concluded tomorrow morning, but has not named the drivers involved.

Tickford Racing co-driver James Moffat and rival Glen Wood are understood to be the drivers involved, having earlier rubbed panels during the 32-lap contest.

A Porsche spokesperson confirmed: “There was an issue in the Carrera Cup Parc Ferme area. The issue has been referred to the stewards.

“The hearing was opened and has been adjourned to tomorrow morning due to the proximity of Carrera Cup Race 2 and Supercars commitments for some of the parties involved.”