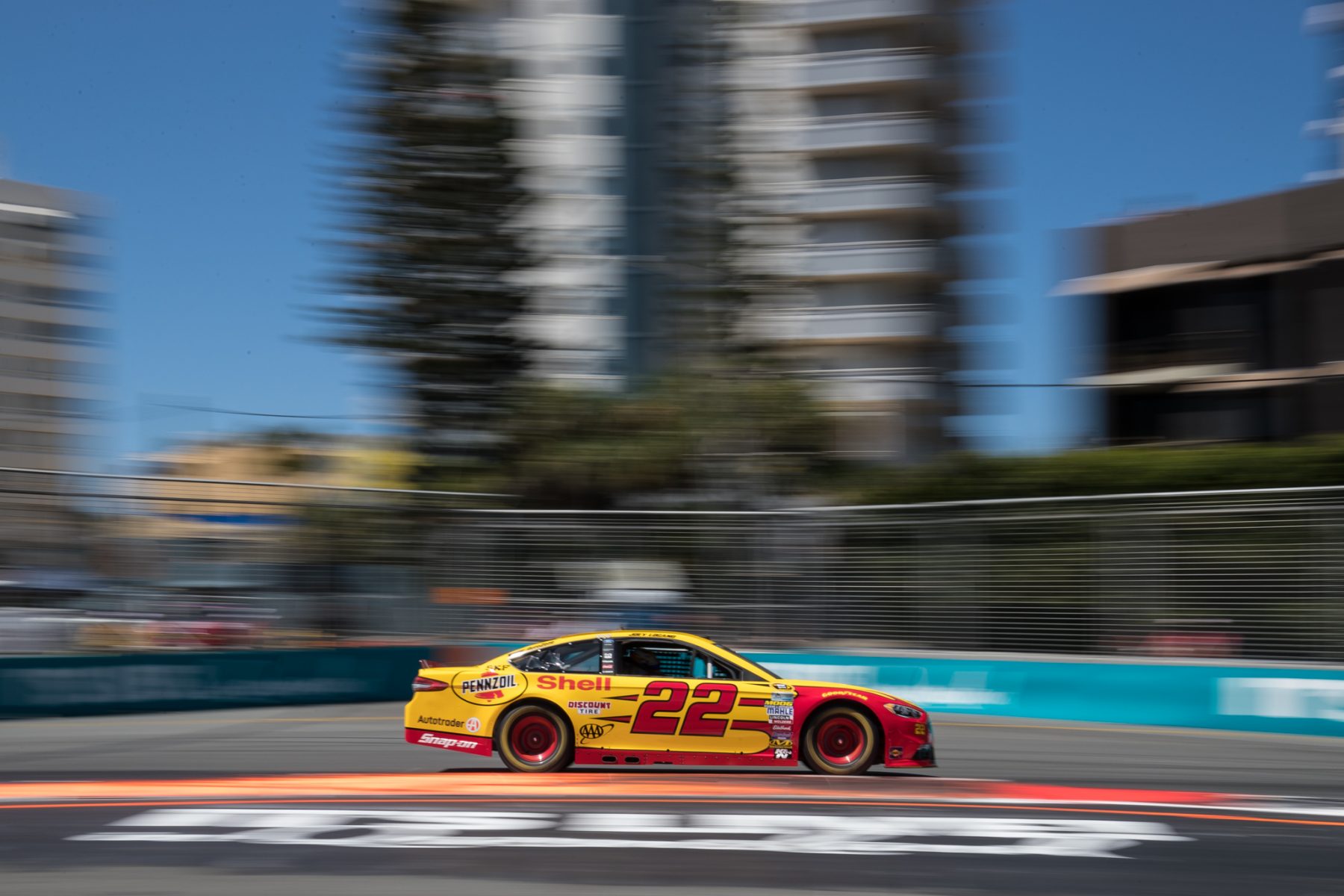 Scott McLaughlin and Fabian Coulthard cut laps of the Surfers Paradise street circuit in an ex-Joey Logano, 2016 Ford Fusion NASCAR that is based in DJR Team Penske’s workshop museum.

Seamer explained on Friday that the demo runs were taking place to gauge fan reaction amid preliminary talks to include the American category at the event in 2019.

The Friday announcement included Queensland’s Minister for Innovation and Tourism Industry Development, Kate Jones, who outlined her support for adding new attractions to the event.

Supercars has been the feature category on the Gold Coast since 2009, following a 18-year run of American IndyCar participation.

The 2018 Gold Coast event drew 196,192 fans across its three days, despite a thunderstorm on Sunday that forced officials to abandon the 300km finale.

“It’s been a healthy increase on last year with a great mix of families and children amongst the crowd, which is why this event resonates so strongly on the Gold Coast,” said Seamer.

“The weather was not kind to us [on Sunday], but still it was a great weekend all round.

“It was good to meet the Minister on Friday, and we are aligned on the way forward.

“The NASCAR demonstration was a massive hit with the fans, as were the concerts.

“Thank you to the Gold Coast community for getting behind the event and to everyone who worked so hard to make the event possible.

“It was a shame the storms came, but officials absolutely made the right decision. The safety of the fans, drivers, teams, marshals and others working around the circuit is paramount.”

The NASCAR demo proved a hit even before McLaughlin took to the track, with the news prompting instant encouragement from legend Dale Earnhardt Jr.

Logano also got involved, teasing McLaughlin – who later described driving the car as a ‘bucket list item’ – about his ability to make the switch.

Not sure you can handle all that American muscle ? https://t.co/wokA9ynomO

Following his turn in the NASCAR on Saturday, Coulthard extended an invite for Logano to come and sample his Supercar.

Hey @JoeyLogano thanks for the spin in your wheels! You’re in credit for a car swap?? #VASC #NASCAR #FabPack #22 #GC600 pic.twitter.com/3eoiYLKzXP

Wonder what @NASCAR Cup cars would be like on street courses? @smclaughlin93 gives @joeylogano’s Fusion a serious run on the streets of the Gold Coast. Great video! #VASC @Team_Penske https://t.co/vRr5g7psnQ