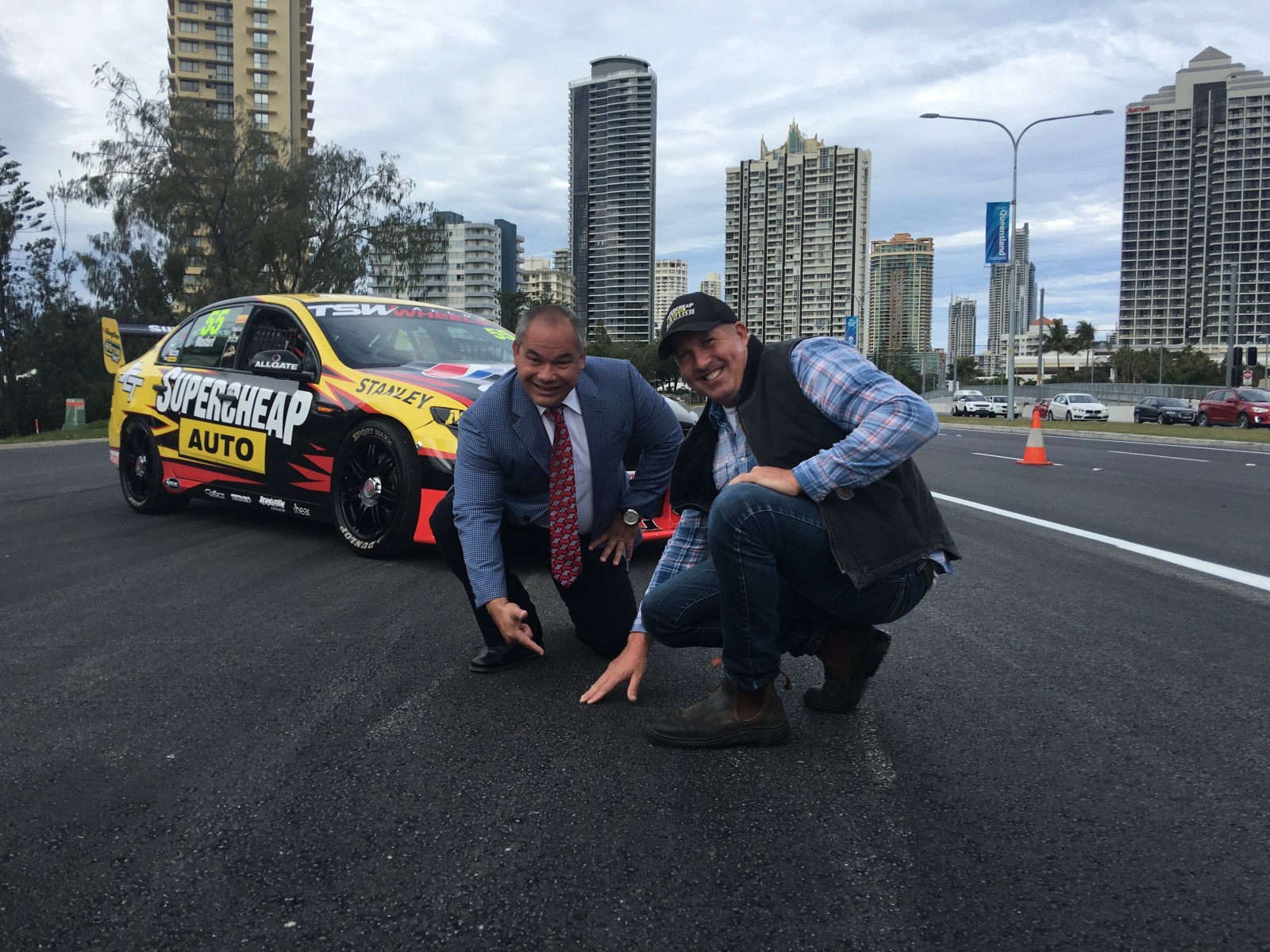 A secret bitumen ingredient guaranteed to withstand the stress of high performance race cars has been developed and laid on the Gold Coast 600 race circuit.

The bitumen was laid on pit straight, with the government aiming to ensure the racing isn't interrupted by the track breaking up.

“Race goers and the millions watching this four-day Supercars carnival do not want to see interruptions should the bitumen fail on a race corner. We saw that several years ago at Bathurst and it was a disaster for the event.

“I’m delighted that Gold Coast ingenuity has combined with the Australian Road Research Board, Supercars Integrated Event Delivery Management and the road pavement industry to create this high-performance asphalt mix.’’

The new section of track, laid this week and tested by state-of-the-art laser profiling, is part of the City’s commitment to the week-long race carnival.

“The bitumen can withstand shearing forces and tyre temperatures that reach 100 degrees-plus,” Cr Tate said. “It is better quality than an airport runway.”

Gold Coaster Paul Morris, who clinched the Bathurst crown in 2014, has tested the bitumen mix at his family’s track at Norwell.

“This is the best of the best," Morris said.

"Importantly, the surface can stay down after the race weekend so there is minimal disruption once the barriers are removed."

The Castrol Gold Coast 600 is the last endurance event of the season, running from October 21-23. Tickets are available now.