Zane Goddard has been fined over his role in the dramatic lap 5 incident at The Chase.

Goddard triggered a multi-car pile-up on the fifth lap of Sunday's Repco Bathurst 1000.

The Mustang fired off the road, and Goddard kept his pace up to avoid becoming stuck.

However, he lost control and veered into the path of oncoming traffic.

All three cars were out on the spot, and Campbell initially reporting ankle soreness.

The report reads: "Following a post-race DRD Investigation into the Incident where Car 5 re-joined the Race Track at Turn 22 on Lap 5 and collided with 2 other Cars, and an admission by the Driver of Car 5, Zane Goddard, of a breach of Schedule B2, Article 3.3.3 (Should a Car leave the Race Track for any reason, the Driver may re-join, however this may only be done when it is safe to do so), the Stewards imposed a fine of $10,000, $5,000 of which is suspended until 31/12/23, pending no further breach or Schedule B2, Article 3.3.2."

Goddard was remorseful over the incident.

"I had a run on Murph down Conrod, went to make the move and locked a brake into the Chase,” Goddard explained.

"I felt fine but right before I got back to the track I hit another big puddle and the car just went straight.

“Unfortunately speared across the track and took a couple big hits.

"I’m really sorry to the team at Tickford and Snowy River Racing, JC, and of course Woody and Matt.

“It was a little mistake but obviously had big consequences.”

Tickford had a car on the podium with Cam Waters/James Moffat, with Jake Kostecki/Kurt Kostecki 17th.

The Thomas Randle/Zak Best entry was wiped out in the opening seconds in the Mountain Straight melee. 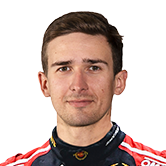 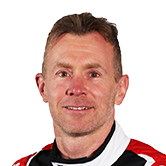