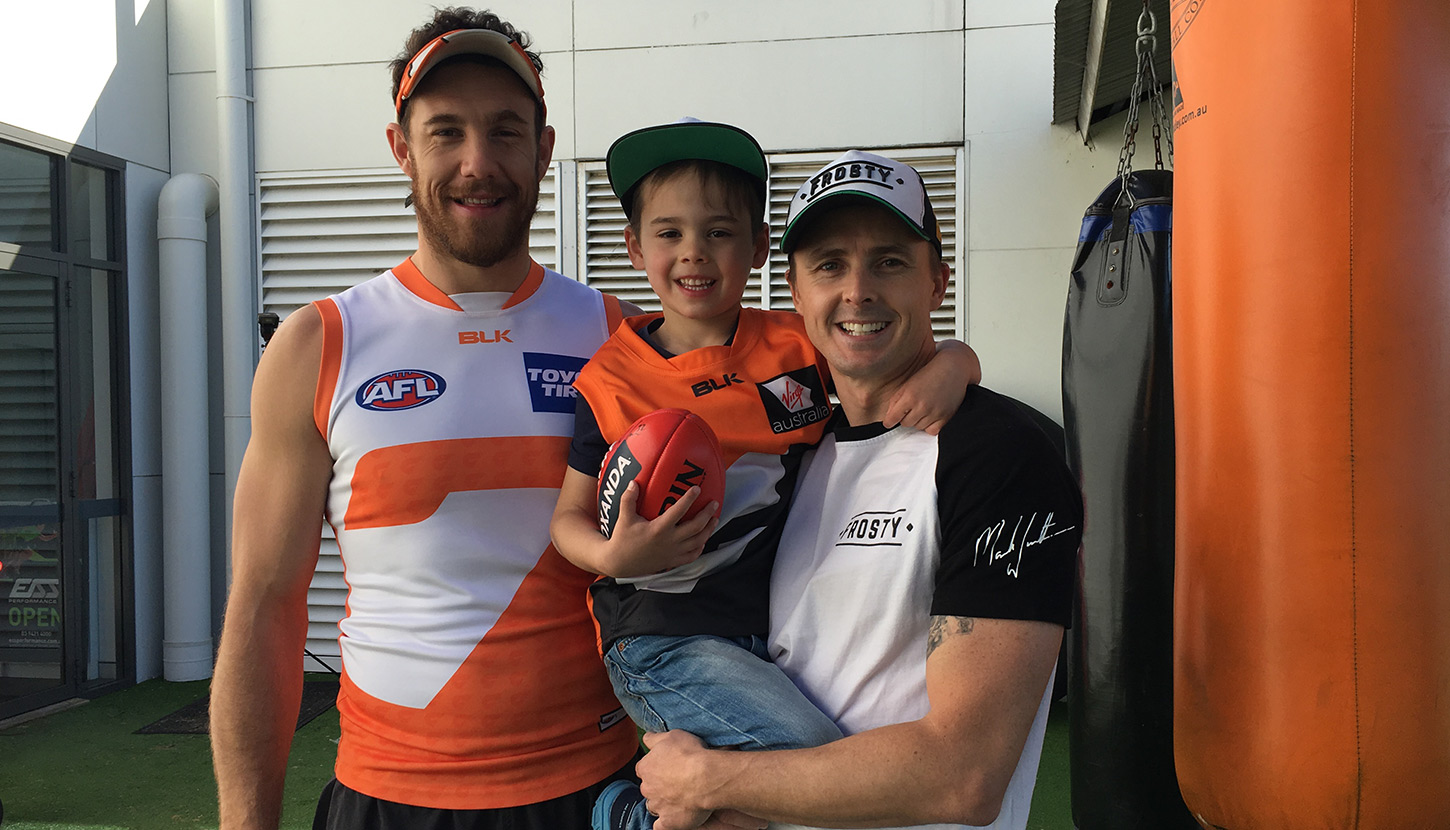 Mark Winterbottom is used to pulling the race boots on at Sydney Olympic Park, but today’s adventure to Spotless Stadium was something different for the Supercars champ.

‘Frosty’ and five-year old son Oliver instead laced up their footy boots and met Oliver’s favourite football team, the GWS Giants, ahead of a big clash this weekend with the West Coast Eagles.

While Winterbottom has had the chance to take part in plenty of unique activations, sharing today with his son, just weeks out from Father’s Day, was something particularly special.

Along with meeting ‘the other’ Steve Johnson; Shane Mumford, coach Leon Cameron and Oliver’s favourite player Jeremy Cameron were amongst those who spent some time with Supercars’ #1 driver.

“They had their final match training session before tomorrow’s game, their final run-out, so they invited us to go and have a look,” Winterbottom told supercars.com.

“Oliver is a massive GWS fan so I got to take him out and let him meet the players, get signatures and all that sort of stuff.

“Really cool to see them train, what they do and then meet them and say hello. We went out and had a kick out there on the oval ourselves, so a pretty cool morning.” 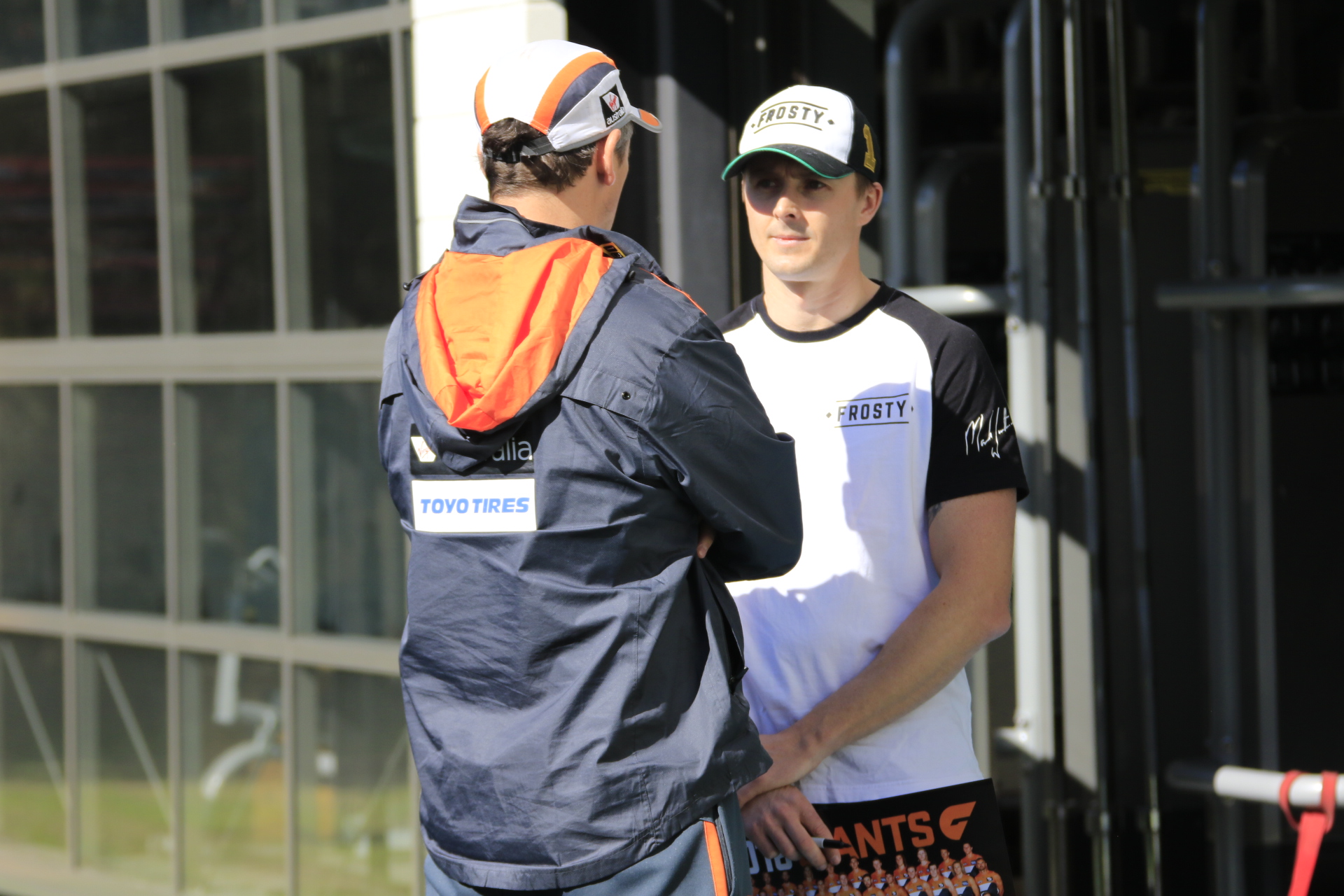 Frosty went from the favourite to the fan, appreciating what a few autographs and some time spent with supporters means to those on the other side of the fence.

“It’s actually cool your child getting excited about getting autographs and meeting his favourite players,” he said.

“We get to do a lot of cool stuff with Supercars, but this is one of the best seeing him enjoy himself.

“It’s his team, he picked it on his own, it’s the team he goes for. He wasn’t told to go for that team or anything, he just goes for them. He loved it, we had a great morning.” 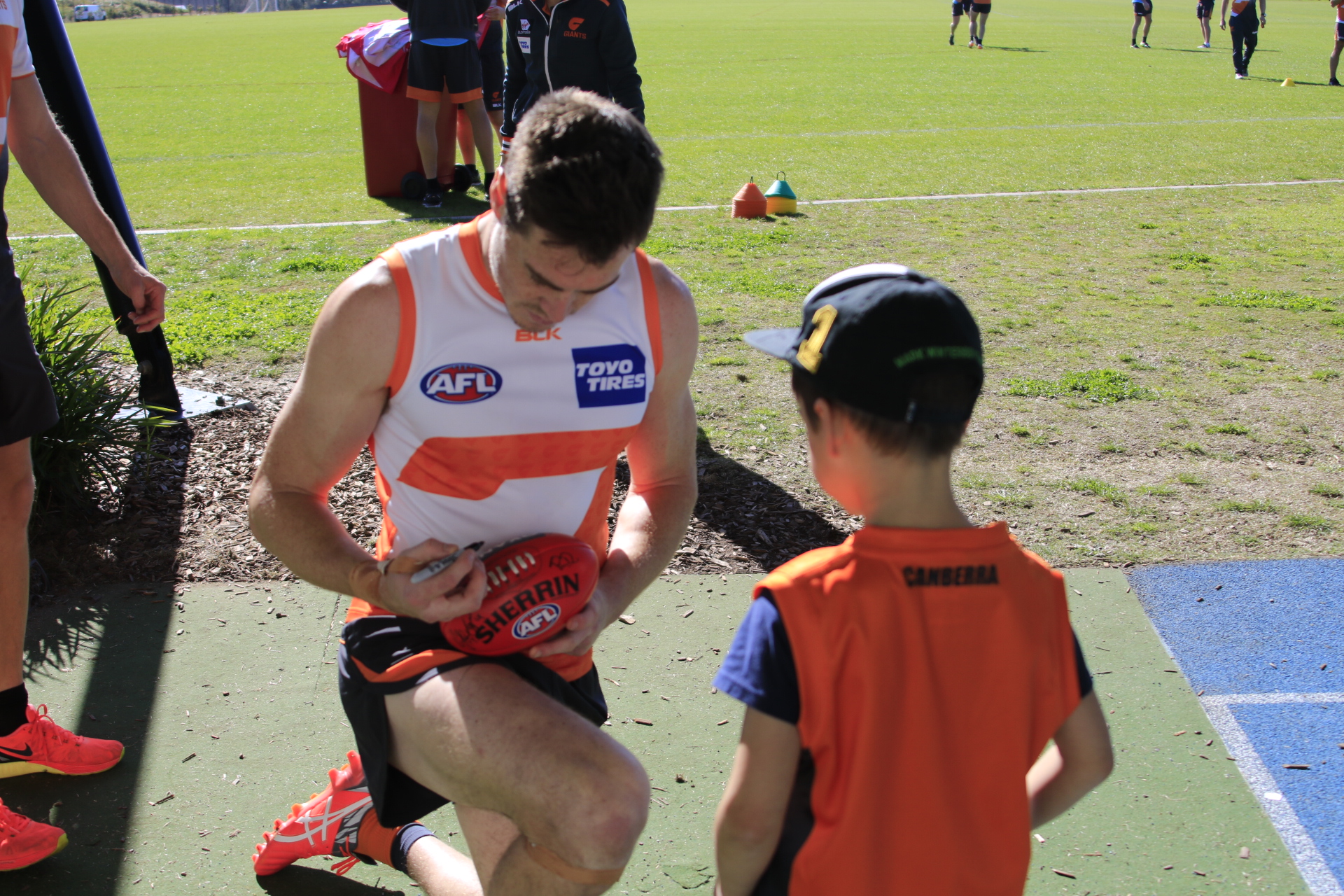 Frosty is backing GWS for a strong showing in the finals, which take place right around the start of the Pirtek Enduro Cup, Supercars’ biggest point-scoring races of the year.

“They’re playing really well – I like watching them play. Although they’re probably from all around the country, they play like a Western Sydney culture, they fight until the end and are good to watch…

“They think playing at home the next two weeks is going to help them, so they’re in a really good spot. They should go a fair way into the finals hopefully and we’ll be on board.”

His tip for the AFL grand final?

“It’s hard – it depends on where they finish as to who is going to be in there. It’s near impossible to pick, it depends on who finishes second and third. It could be GWS and Sydney, could be Hawthorn. One, two, three and four on the ladder will determine it.”

Supercars has had plenty of mixed results this year, and AFL was very much the same at the start of the season, though it has started to stablise now with the finals not far away.

“Like our sport, I guess, there’s been lots of different winners, but still the same guys are in the premier contention. Hawthorn, Sydney, Geelong, year in year out, they’re in the top eight so although it’s different winners the same people rise to the top.”

Winterbottom hits Winton Motor Raceway on Monday for Prodrive’s test day, and is hopeful of a good showing with plenty to try on his Ford Falcon FG X. He sits third in the championship standings, 120 points away from leader and long-time rival Jamie Whincup.

“We’ve got a massive list to get through and we think we’ll improve out of it – but we’ll have to see,” he said.

“We need a good test day, which is getting through all the items and coming away with a good result.

“It should be good – the first test day was a bit of a waste because the track was breaking up, it was different to what we thought and it made the car handle completely different to what Winton does. We didn’t really maximse that day but I don’t think anyone did to be honest.”

PRA will be joined by Nissan Motorsport on Monday, with Brad Jones Racing also set to test later in the week.