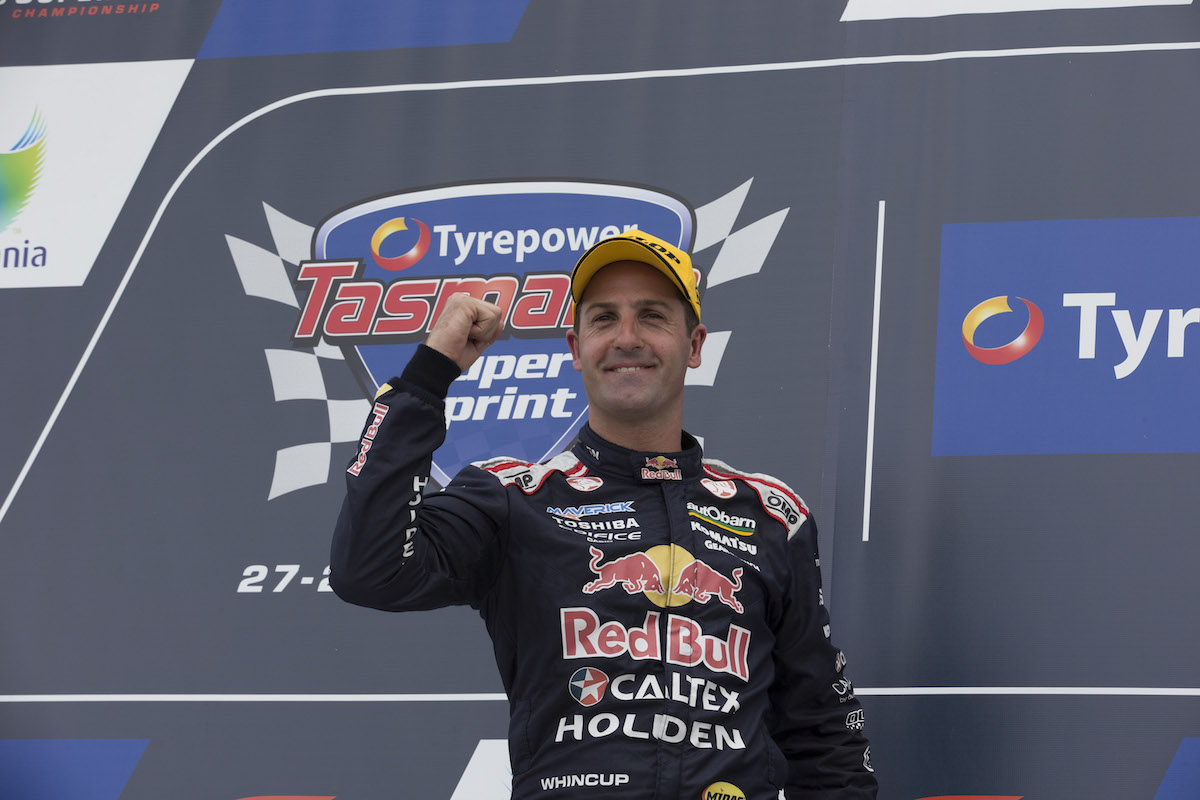 Six-time champion Jamie Whincup has answered Supercars.com’s quick questions ahead of his appearance on Inside Supercars this evening.

The points leader reveals who he’d most like to team up with at Mount Panorama from the current field of drivers if he could select someone he hadn’t raced with before, and gives us an insight into his travel ambitions and prowess in the kitchen.

JW: That’s a good question – it would’ve been the Australian Open tennis. One of the early days I just cruised around the outside. That was 18 months ago, so ages ago!

Yeah, I feel like I make a good penne meat pasta – a heap of tomato sauce, stupid amounts of meat and some penne pasta. A little bit of chilli, a little bit of garlic, but it’s quite a hearty and meaty dish.

I’d like to go snow skiing in Japan, that’s on my bucket list, not a big one but it’s something I would like to do. I’d like to do an African tour, I’ve never been to Africa before, so that would be cool. And potentially something crazy like the North Pole, do a bit of a two-day hike and understand the craziness of being massively below zero temperatures.

A lot of cool stuff – we went to Perisher for the weekend which was great fun. It was linked in (with Red Bull) I wanted to go to the snow for some skiing but Red Bull had a pit stop challenge and they were doing a bit of a promo there so I killed two birds with one stone by doing a Red Bull promo and having a weekend away with a few mates.

Which current driver you haven’t driven with before, would you choose to drive with at Bathurst?

I’ll say Scott McLaughlin, I haven’t driven with him and he looks like he goes alright! So we could team up.

Next week’s guest is Chaz Mostert – do you have a question for him?

Does he still have his wakeboarding boat, and if so, when is he coming out on the Broadwater to have a wakeboard?

Tune in to Inside Supercars tonight at 7.30pm on FOX SPORTS 506 for more with Whincup and a preview of the weekend’s Wilson Security Sandown 500.