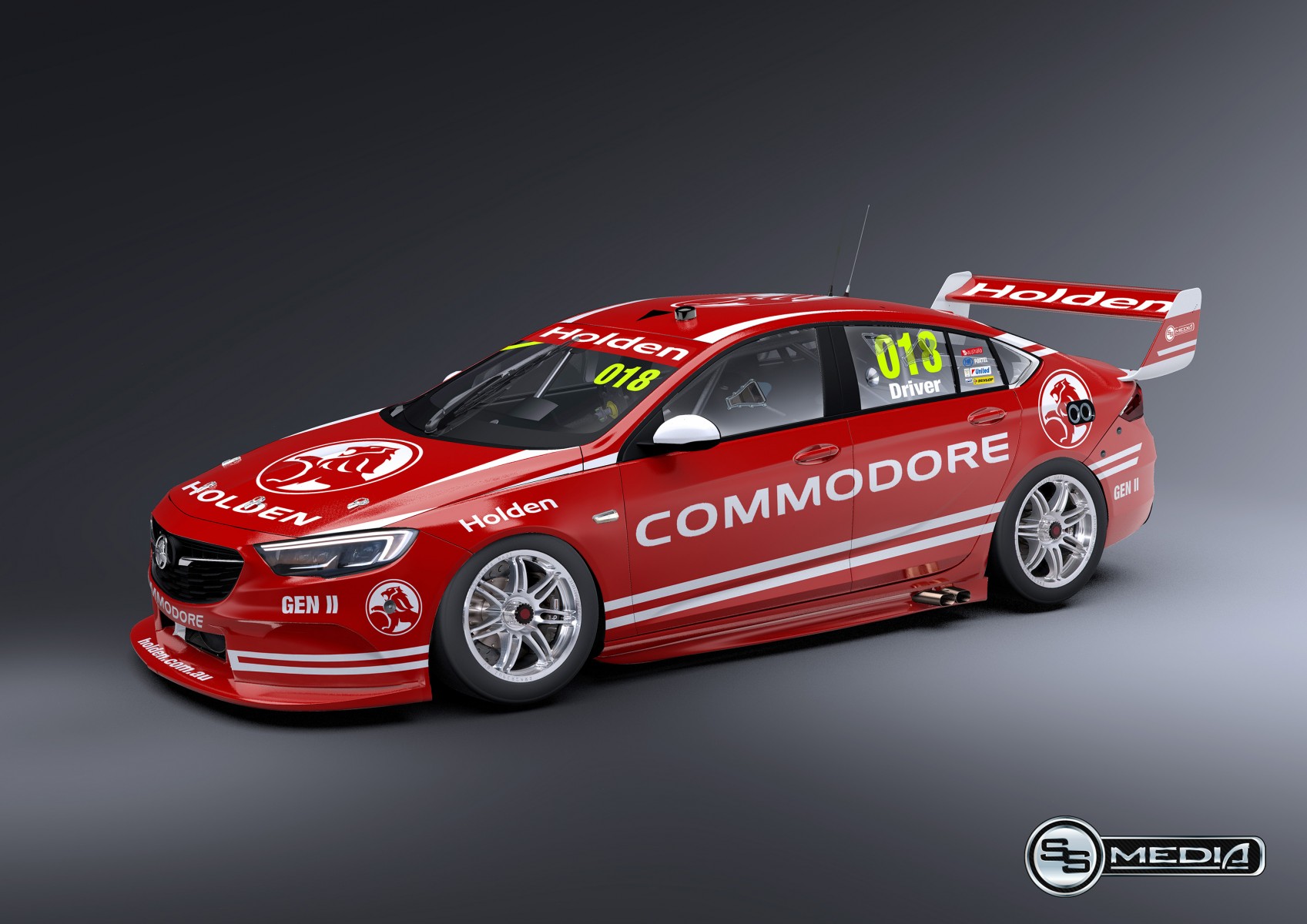 A render of what the next Gen2 Commodore could look like has emerged while the new Holden engine is being worked on and tested in North America.

While details of the engine have not yet been confirmed publicly, a Holden insider told supercars.com the engine was tested on a dyno in the last fortnight with a working group established in North America, after an estimated 5.5 thousand hours of work on the project.

That group is in touch with Triple Eight, which will develop and run the new Commodore from 2018 in the Virgin Australia Supercars Championship.

At last week’s Red Bull Holden Racing Team launch – when the Roland Dane-run champion squad took the reigns as the official Holden Supercars team – Dane himself explained the work that had already gone in behind the scenes in recent months to ensure the body shape of the new car reflected the road going model and fit within the Gen2 Supercars rules.

“We’ve been working with the guys here (at Holden) for the last six months or so on the shape of the car and turning it into a Supercar,” Dane said.

“My whole team is really enthused about doing something that is new, that has its own set of challenges.

“I think we’re going to have a fantastic looking car – but we’ve got to make it work and we’re really tuned up for it.” 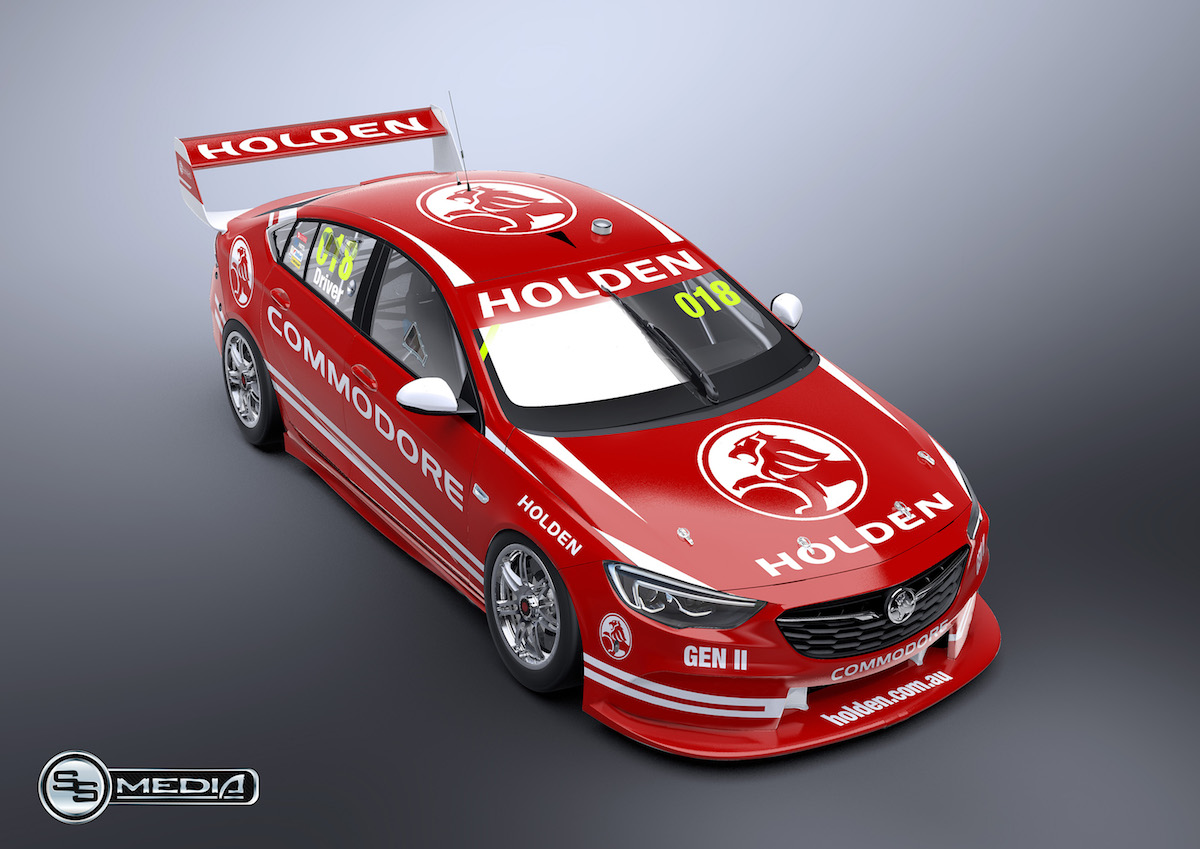 A timeline for the project has not been discussed publicly, but Dane does not believe the development will affect his team’s focus on taking this year’s title.

Holden is the first manufacturer to announce a commitment to change for the Gen2 era next season and will become the official supplier for teams that wish to tackle the new Commodore.

The Gen2 rules were announced back in July of 2015 with the Supercars Commission continuing to evaluate the regulations as 2018 gets closer.

Gen2 opens up not just engine configurations so race cars are more relevant to fans and manufacturers. It also allows different body shapes, so coupes could be entered in the Championship.

Supercars Technical and Sporting Director David Stuart stressed Gen2 was not designed to be a dramatic overhaul of the technical regulations.

“It’s an evolution of what we have got, it was never meant to be a new car,” he said.

“Gen2 is purely rolling up the garage door that little bit further from where Car of the Future – or NextGen is.

“The whole philosophy around Gen2 is that if you have a different engine architecture you will have the ability to run it. You can also stay with what you have got.

“There’s a chassis and you have to fit that chassis. We have an engine box and your engine has to fit within that accumulated engine power and engine performance weighted average.

The Commodore image is the work of Scott Yorston of ssMedia, who prepares renders for official Supercars use and has assisted teams such as DJR Team Penske with livery design. 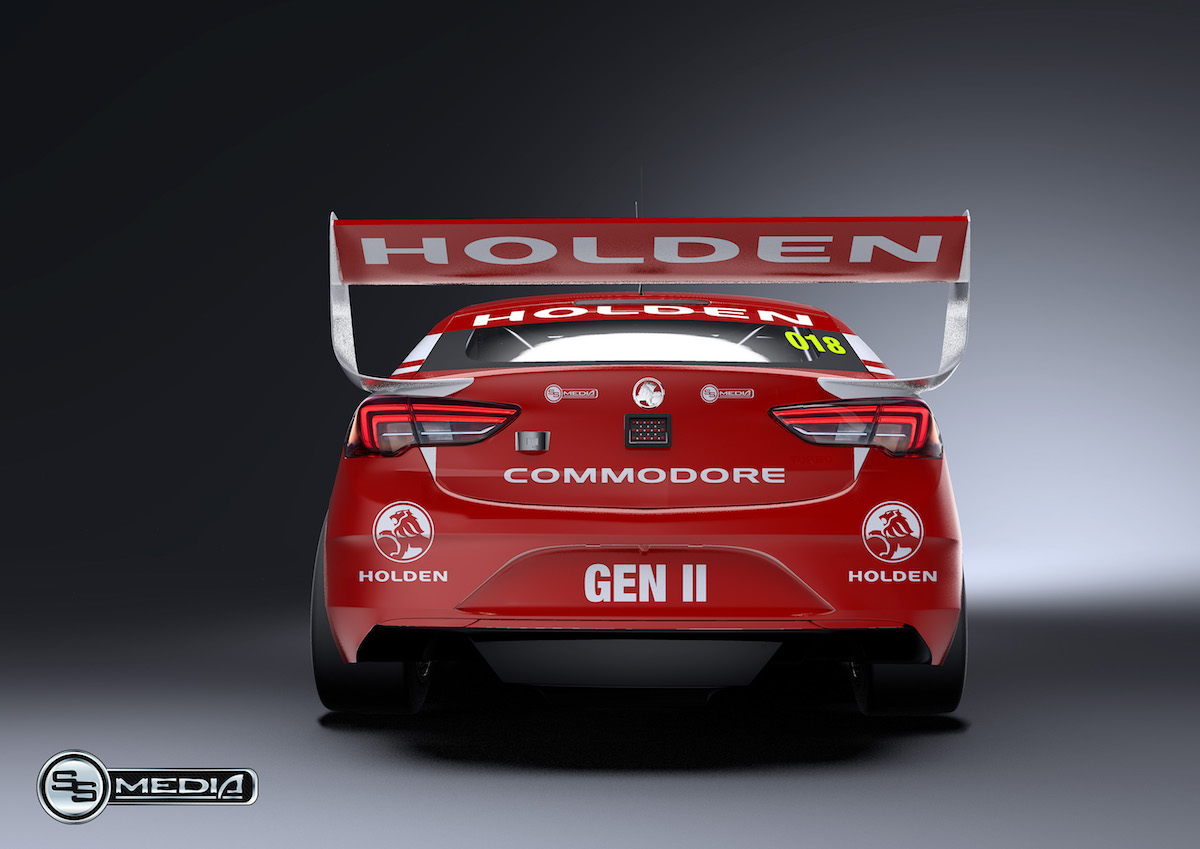 19/01/2017
Stay In The Know
Sign up to the Virgin Australia Supercars Championship Newsletter
We use cookies to ensure that we give you the best experience on our website. If you continue to use this site we will assume that you are happy with it.Ok