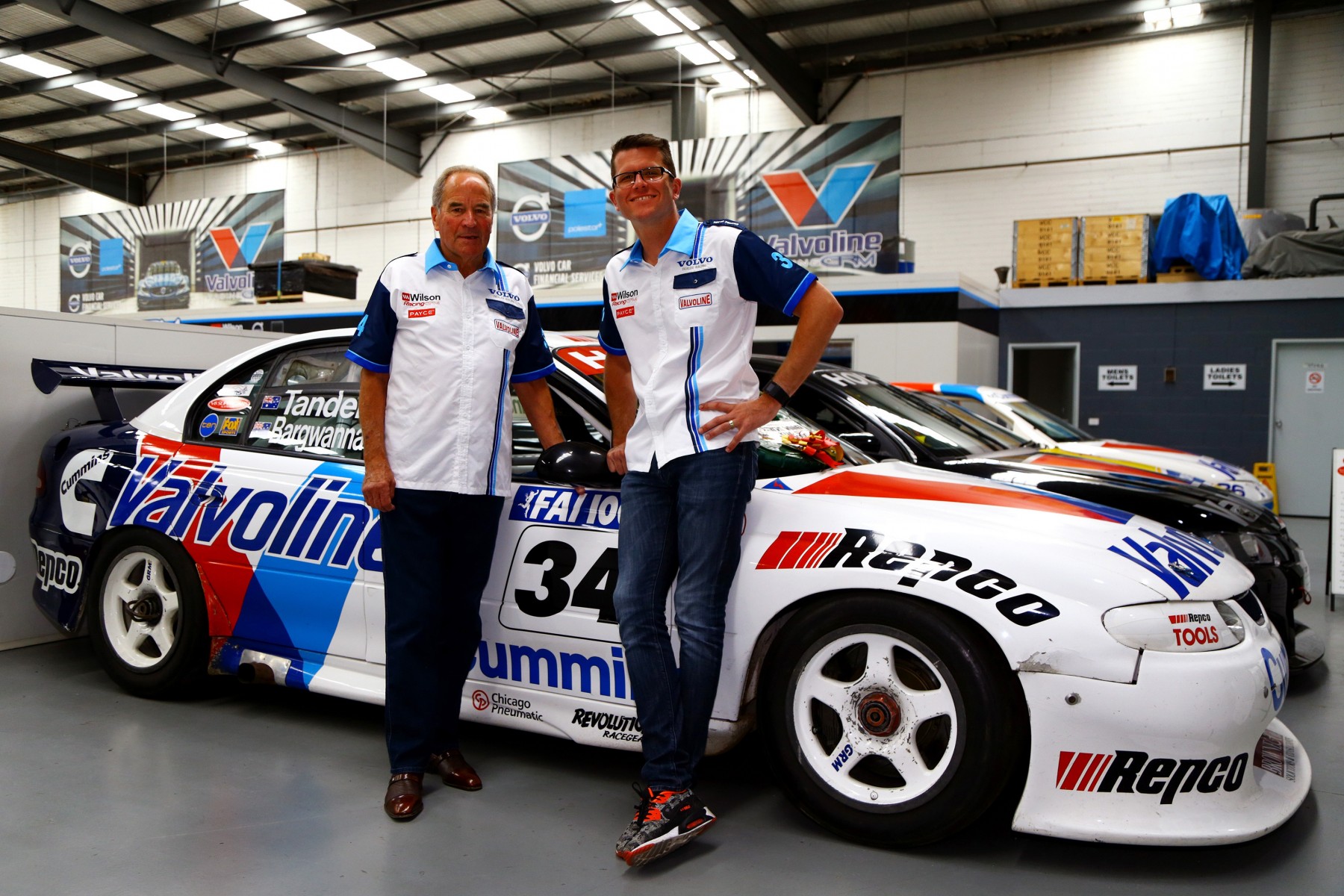 The off-season for GRM has been the busiest in our 50-plus years of racing.

Following a three-year agreement to race Volvos (2014-2016) our preference was to continue in the Volvo S60s for season 2017. Obviously, the news of Volvo’s withdrawal back in May was a complete surprise as it was contrary to the message we had been receiving in regards to their plans.

Following the factory withdrawal our plan was to still utilise the Volvo, which we had invested thousands of man hours and obviously a considerable financial sum to first design, develop, build and homologate – but the hurdle that we encountered was engine supply.

I know that there was talk of us potentially running a generic Supercar engine (Chev) in the Volvo S60, but this did not sit well with me. Over the years I have competed in many different categories but the two main categories have been Touring Car Racing (Supercars) and Sports Sedans.

Having tried extremely hard to secure the Volvo V8 engines that had been developed and built in Sweden, which had absolutely no use except in Supercar racing, we ultimately failed. The choice that I was left with was: ‘Do we run the Volvo chassis with a Chev engine?’.

I like to think that as much as I am getting on in years, I am a “modern thinker”, but also a traditionalist. The traditionalist in me knew it was not the right thing to run a Chev engine in a Volvo chassis in a Touring Car category.

Having exhausted all potential avenues, including offering to buy the Volvo engines I felt as though I had two choices. One was to say, “Well, the last 50 odd years have been great, but it’s time to give it away”. This thought barely entered my mind, as I truly love what I do and I admire and respect every one of my 34 employees.

The second option was to build two new cars. This decision was made in early December, and we have been absolutely flat out ever since.

I cannot emphasise how proud I am of all the girls and boys at GRM who changed holiday plans and other family events in an effort to complete a task that many would see as impossible. The normal build time for a Supercar from the first chassis bars being welded to the time it would debut is approximately 16 weeks. We had to build two brand new cars in less than 10 weeks, while also completing the final build stages on the two new Development Series (DVS) cars we are preparing for the 2017 Dunlop Series. In effect four new cars were being built inside 5 months, with no additions to our workforce!

This could only happen with the commitment, generosity, assistance and input of many people. Of course, the core of this are the GRM workers. We chose to build Commodores as we had raced them in the inaugural COTF season in 2013 and were familiar with them.

Following the 2013 season we had sold our two VFs and many of the associated parts, moulds and accessories. Tony Klein (Dragon Motorsport) owns the 2013 cars and much of the associated equipment. Tony has been a great help in enabling us access to much of this equipment so as we can have these cars built in time for the test day in one month’s time.

Walkinshaw have also assisted in engine supply. This is not as simple as it seems as engines for Supercar racing are certainly not of the “off the shelf” variety. Adrian Burgess quickly assembled his workforce to produce engines to cater for our needs, and again this would have resulted in people’s Christmas plans been disrupted.

The most important component apart from the human side is having the budget to do what was required. It would have been very easy for our sponsor group to look for other opportunities, but they stuck by me and for this I am enormously grateful. One of the happiest people at GRM is Joey (Joe Sullivan – Transporter Driver) as Volvo Trucks have extended their commitment to our Team and we will travel to the races with pride in our Globetrotter FH16 700.

Obviously, our relationship with Valvoline has been ongoing for more than 25 years and their continuing support is the cornerstone of our racing activities, but for Gary Koch and John McMellan of the Wilson Group and Brian Boyd from PAYCE who have only been associated with us for two years to have the faith to back me and my team in season 2017 gives us all at GRM enormous confidence. Thank you.