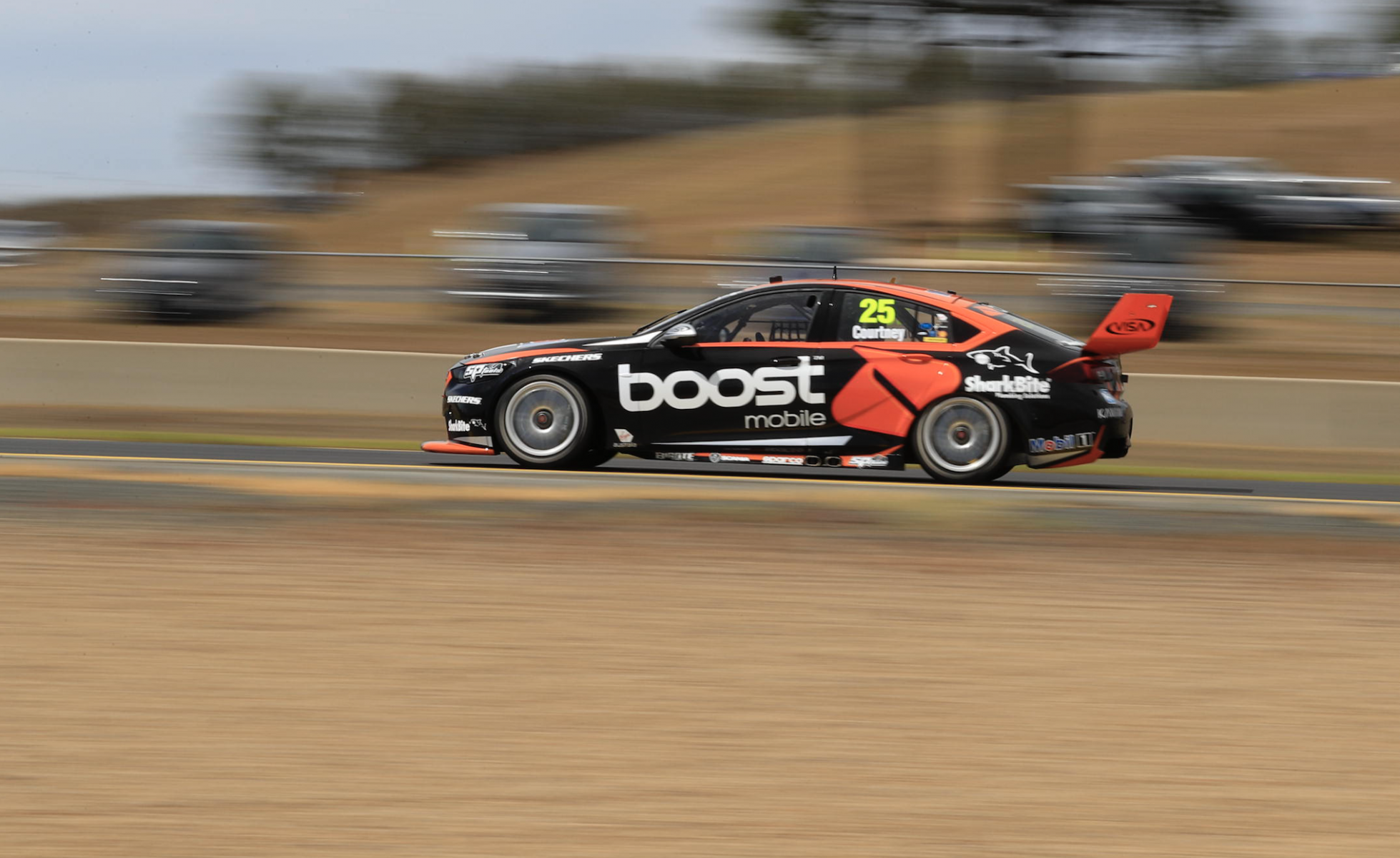 Supercars.com takes you for a look at the action on and off the track at Sydney Motorsport Park's pre-season test. 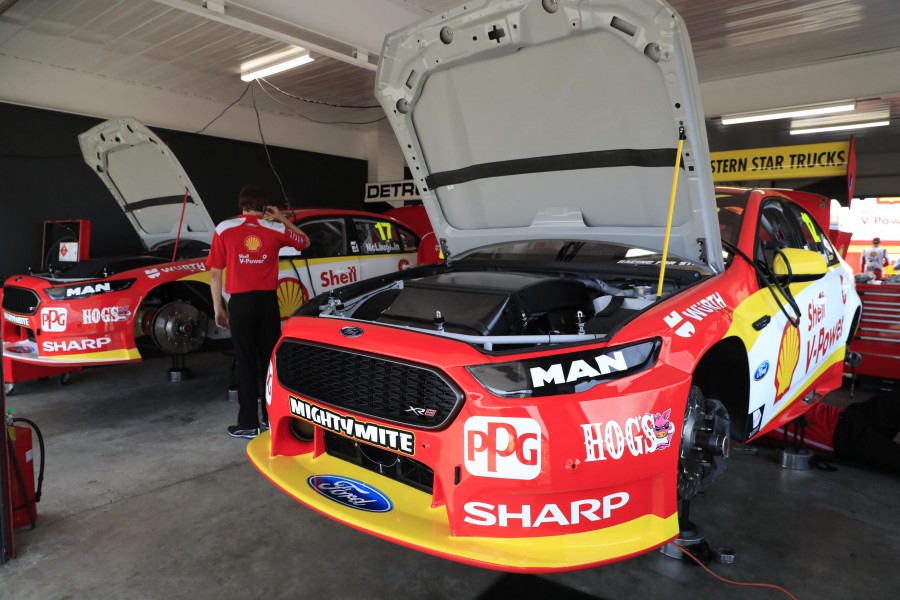 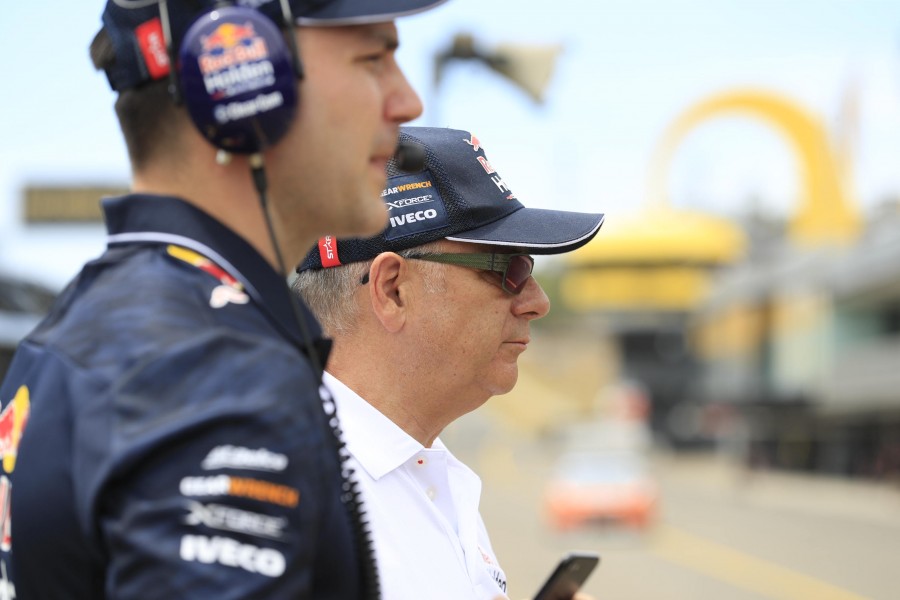 Triple Eight manager Mark Dutton and owner Roland Dane had other things on their minds, though, as the squad rolled out three new ZB Commodores for their first full test. 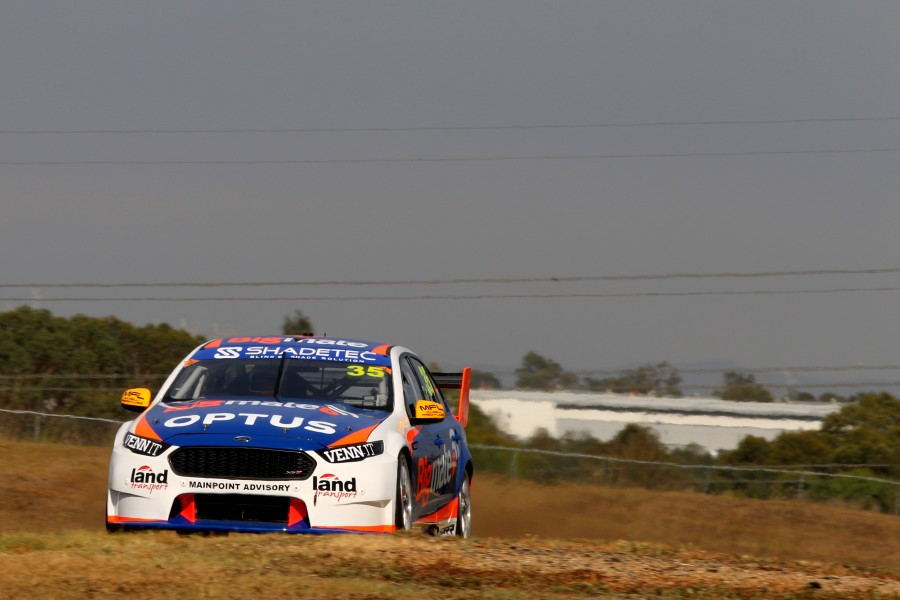 New was word of the day in Sydney, especially at Matt Stone Racing, as the team and driver Todd Hazelwood stepped up from Super2 to the main game. 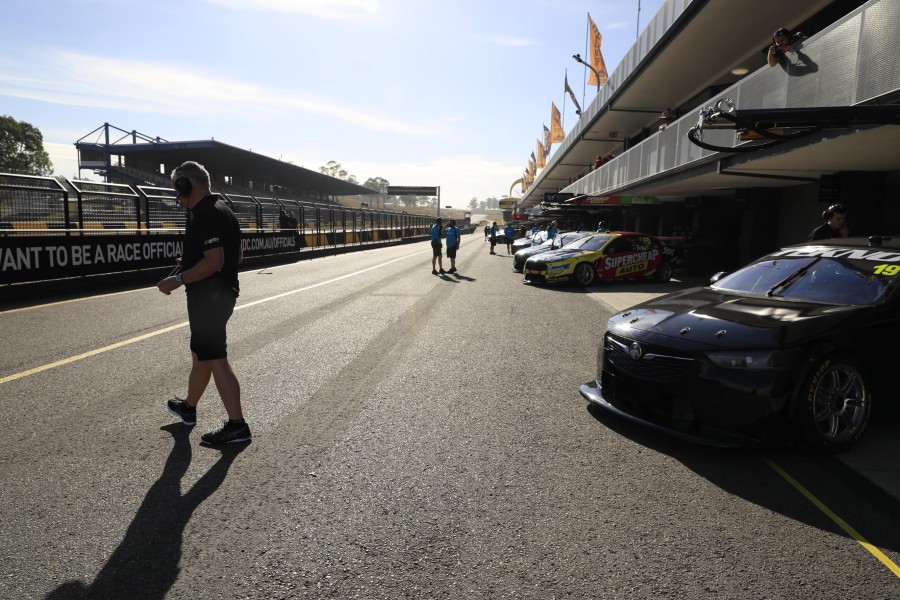 A total of five rookies are in this year's field, including Jack Le Brocq, whose Tekno Autosports entry is being led by the experienced Adrian Burgess. 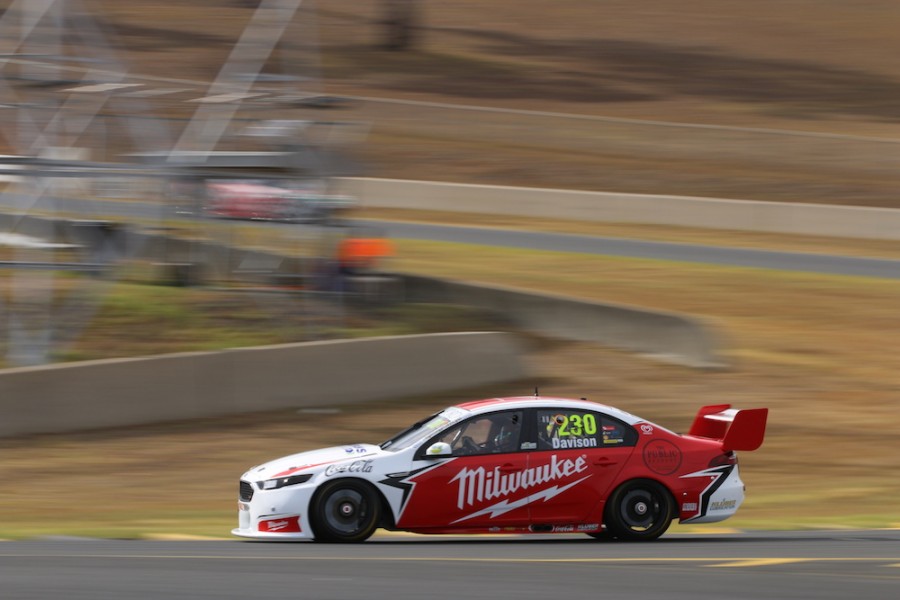 Former Tekno driver Will Davison made his debut with another new team, 23Red Racing, which is fielding an ex-Tickford Falcon. 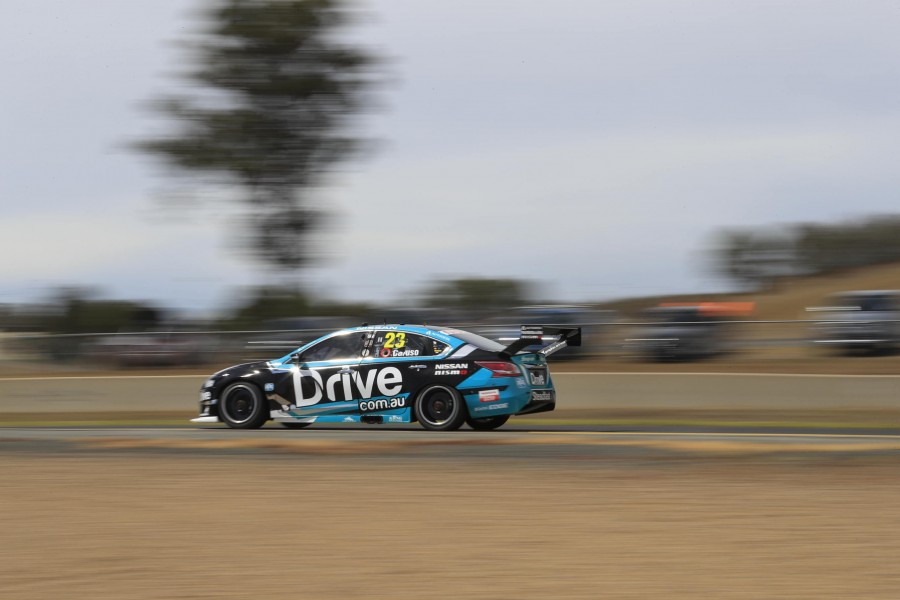 At Nissan there was a new car and new sponsor for Michael Caruso, who topped the morning session and ended the afternoon third. 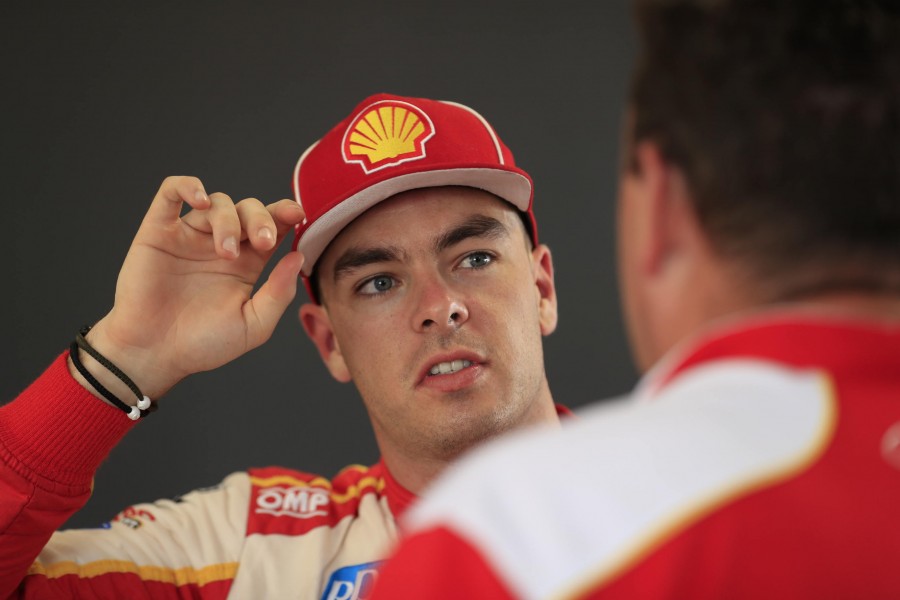 Scott McLaughlin briefly went to the top in the afternoon, before a tyre failure at the 200km/h Turn 1 sent him spearing into the outside wall. 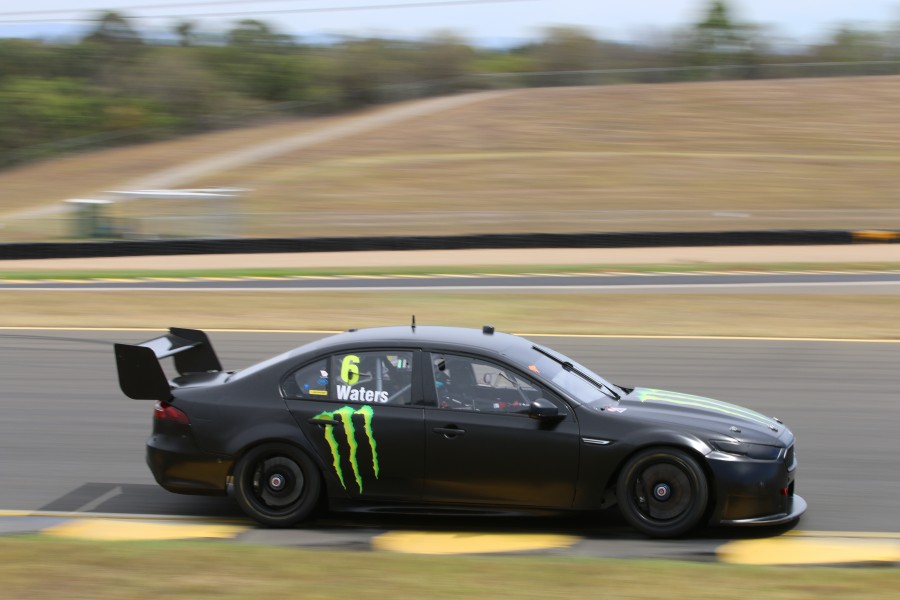 Cameron Waters had one of 13 new chassis in the field, sporting an interim look ahead of Monster's now traditional season launch in Adelaide. 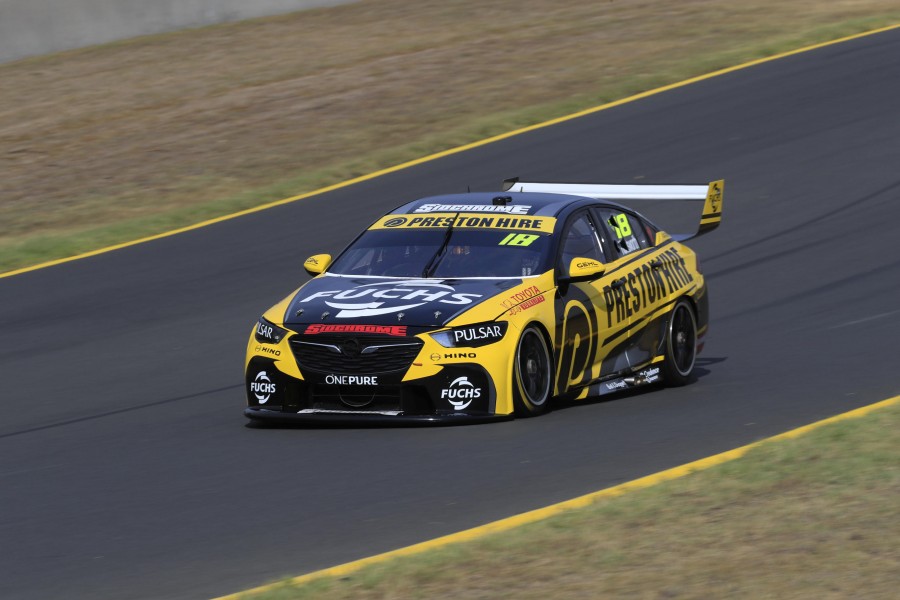 All Holden teams have upgraded to the ZB bodywork, although some - such as Preston Hire Racing - have carried over their base chassis from 2017. 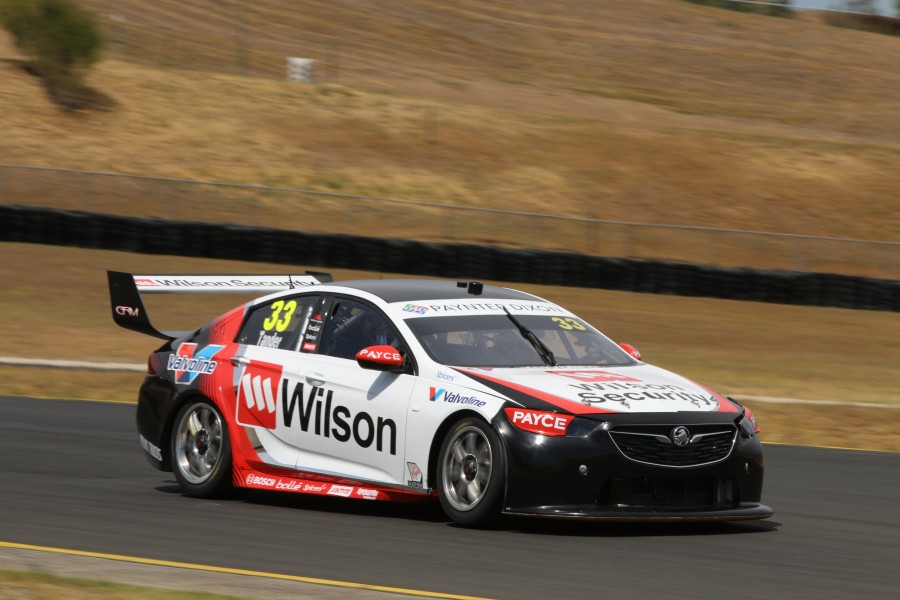 The debut of the new car wasn't without its dramas - Garth Tander worst affected by issues with front splitters working lose from the fibreglass front bar. 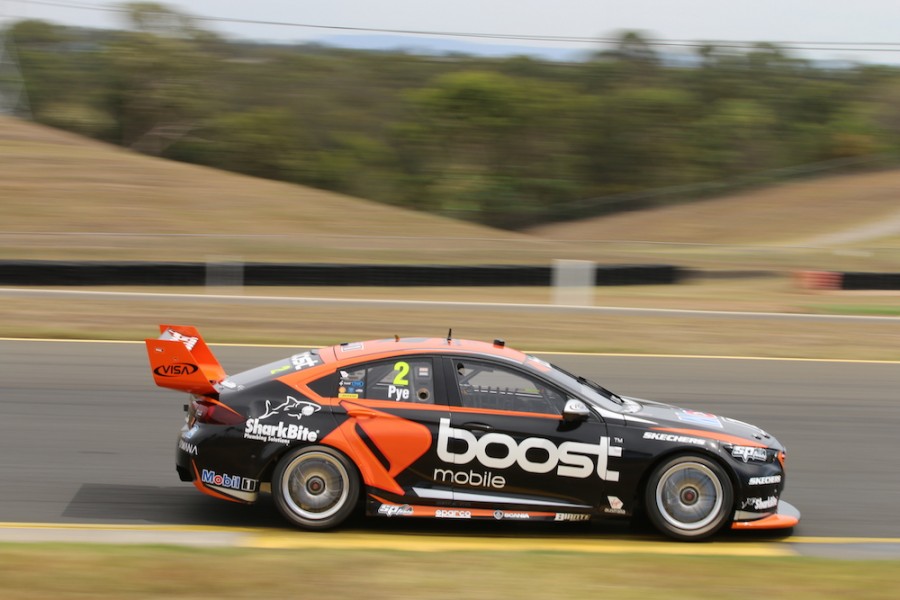 Scott Pye's Walkinshaw Holden also struck splitter trouble, sitting out the bulk of the afternoon due to a lack of a spare. 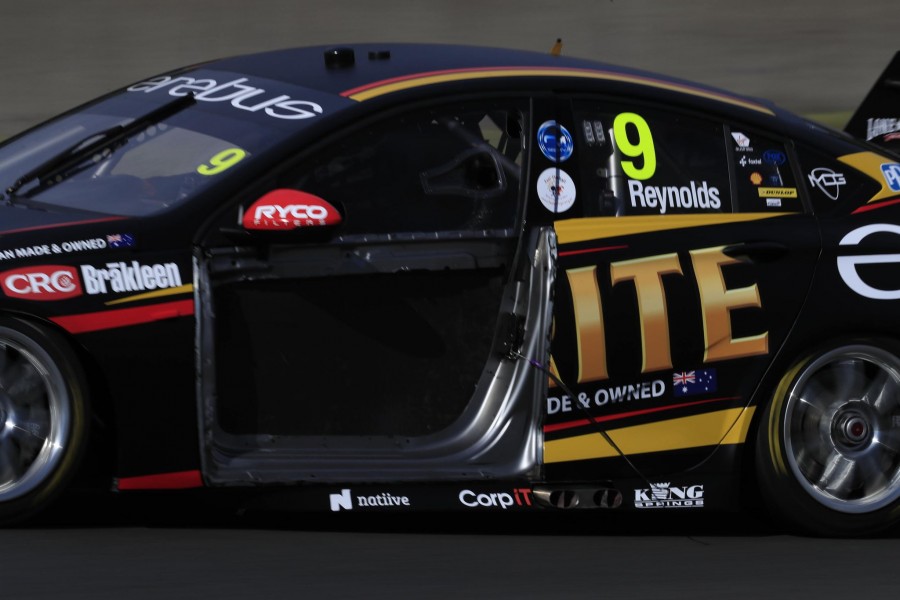 David Reynolds had a rather more visible issue with his new Holden, losing a door skin during the morning. 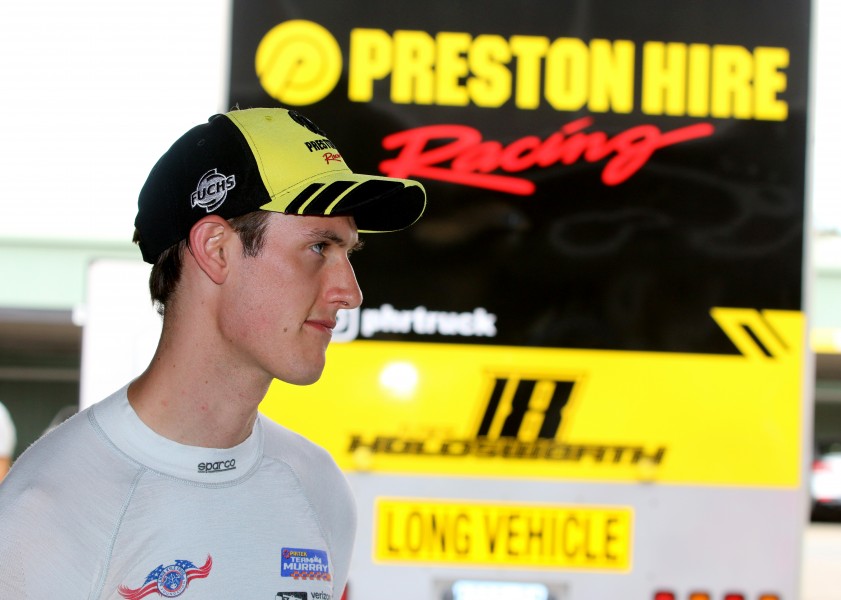 A handful of co-drivers were in action, including new signing Matt Brabham, who joined Preston Hire Racing for some valuable early laps. 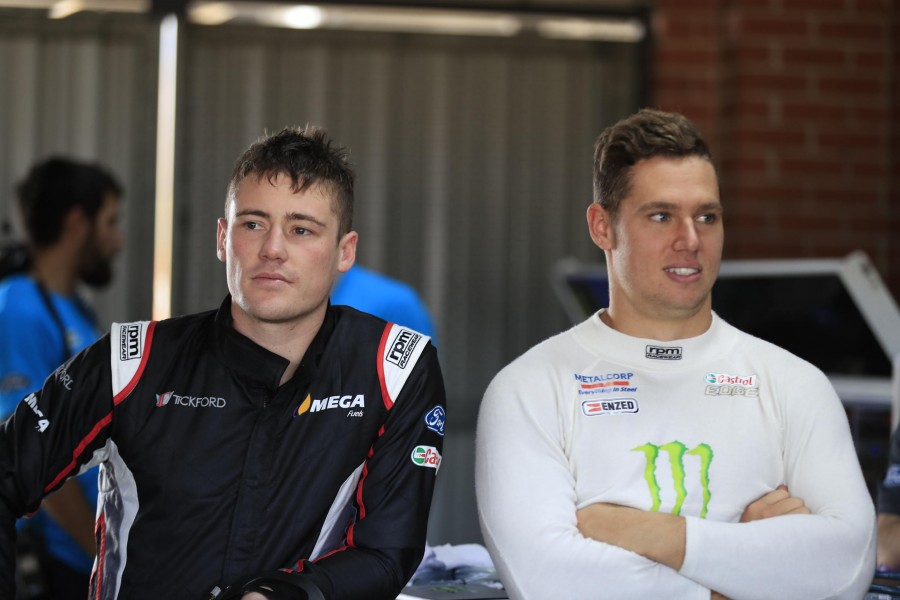 Former co-drivers Richie Stanaway and Cameron Waters adjusted to their new life as team-mates, sharing a garage at Tickford. 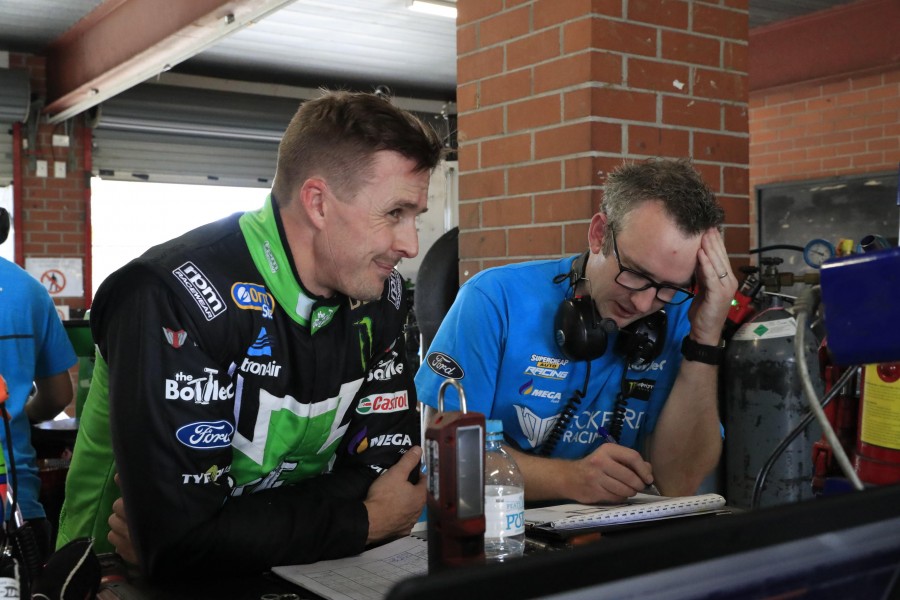 Next door, Mark Winterbottom and engineer Brendan Hogan attempted to figure out how to make The Bottle-O entry go a little faster. 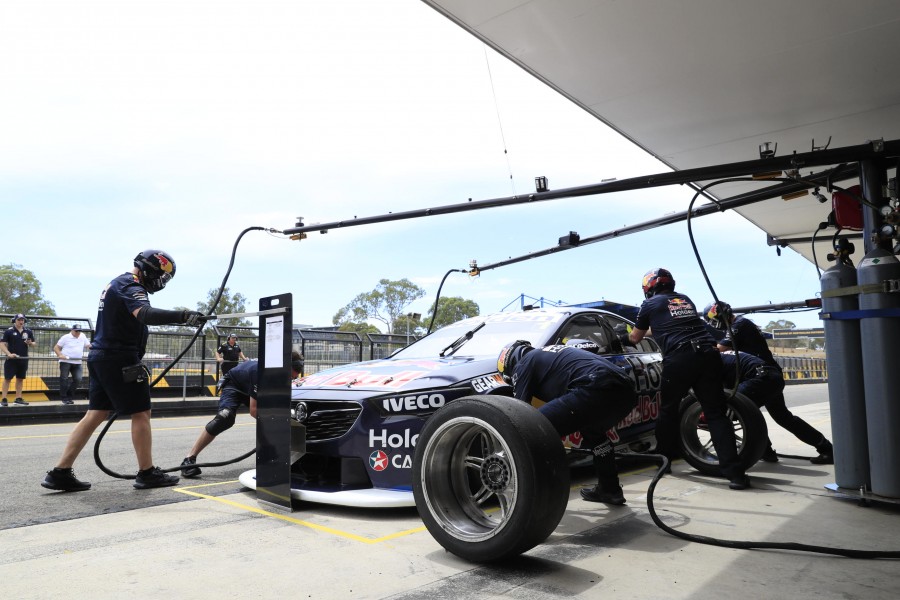 While the focus was on learning the ZB, Triple Eight found time for some pitstop practice. 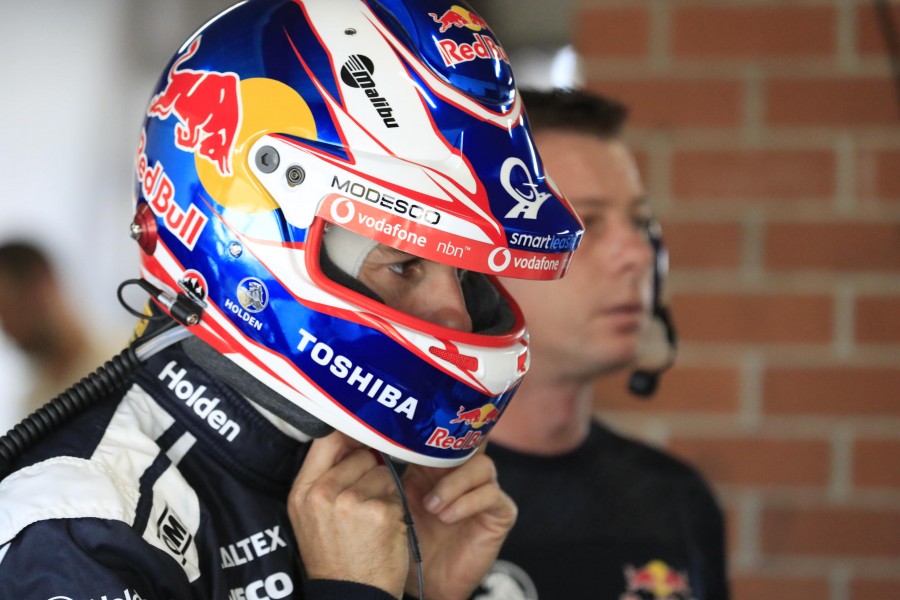 Having cut a relaxed figure in the build-up, Jamie Whincup applied his usual focus as he begins the quest for an eighth title. 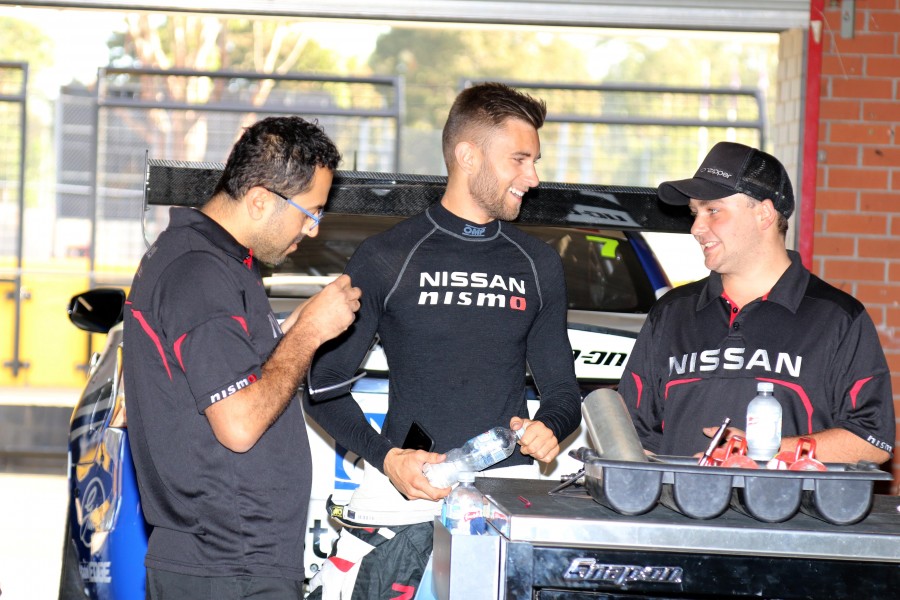 Andre Heimgartner meanwhile enjoyed being in the field after a year away, reuniting with his former engineer at Super Black, Dilan Talabani (left). 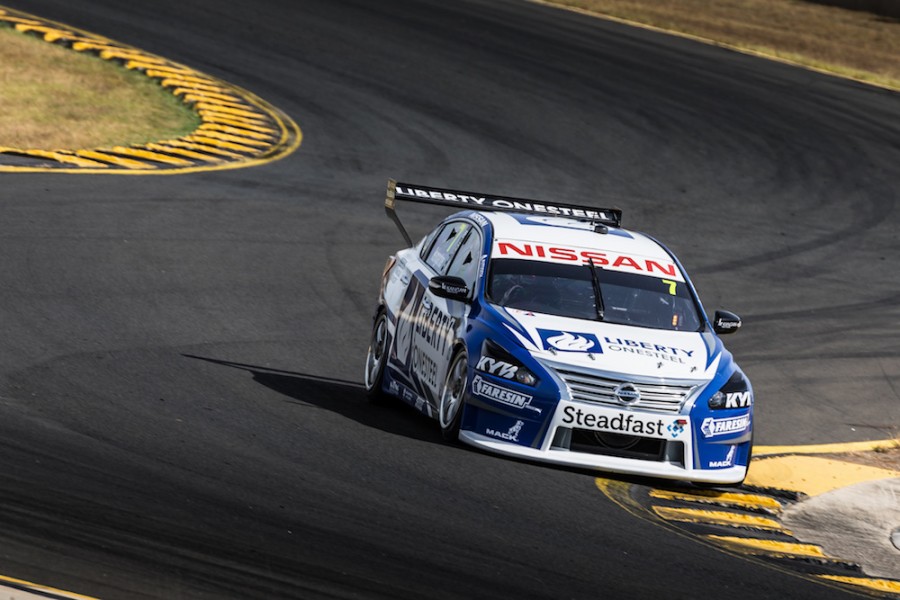 Heimgartner's Nissan ran with OneSteel backing for the test day, with a full-season sponsor yet to be announced. 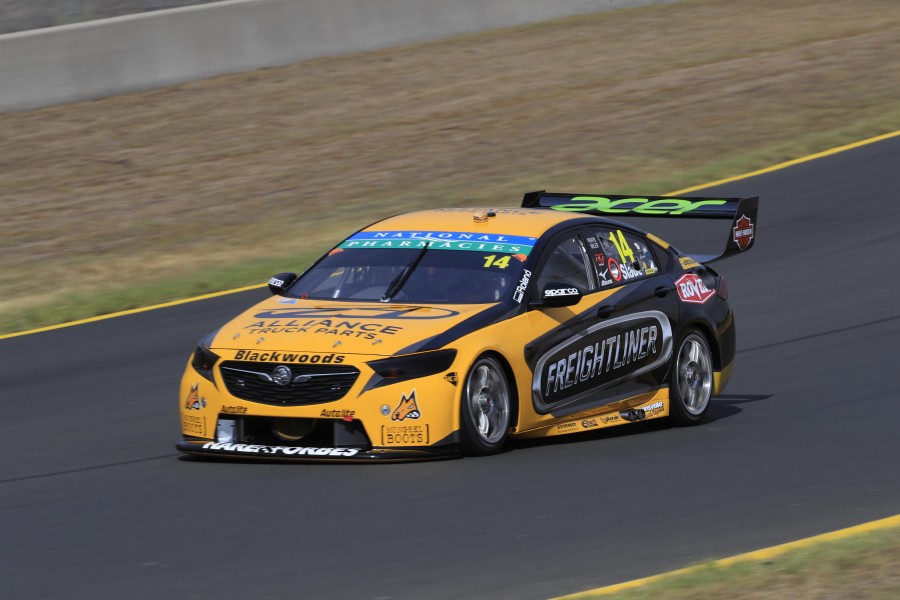 On the timesheets, the day belonged to Brad Jones Racing, with Tim Slade delivering the fastest time for the Albury-based squad.

16/02/2018
Stay In The Know
Sign up to the Virgin Australia Supercars Championship Newsletter
We use cookies to ensure that we give you the best experience on our website. If you continue to use this site we will assume that you are happy with it.Ok