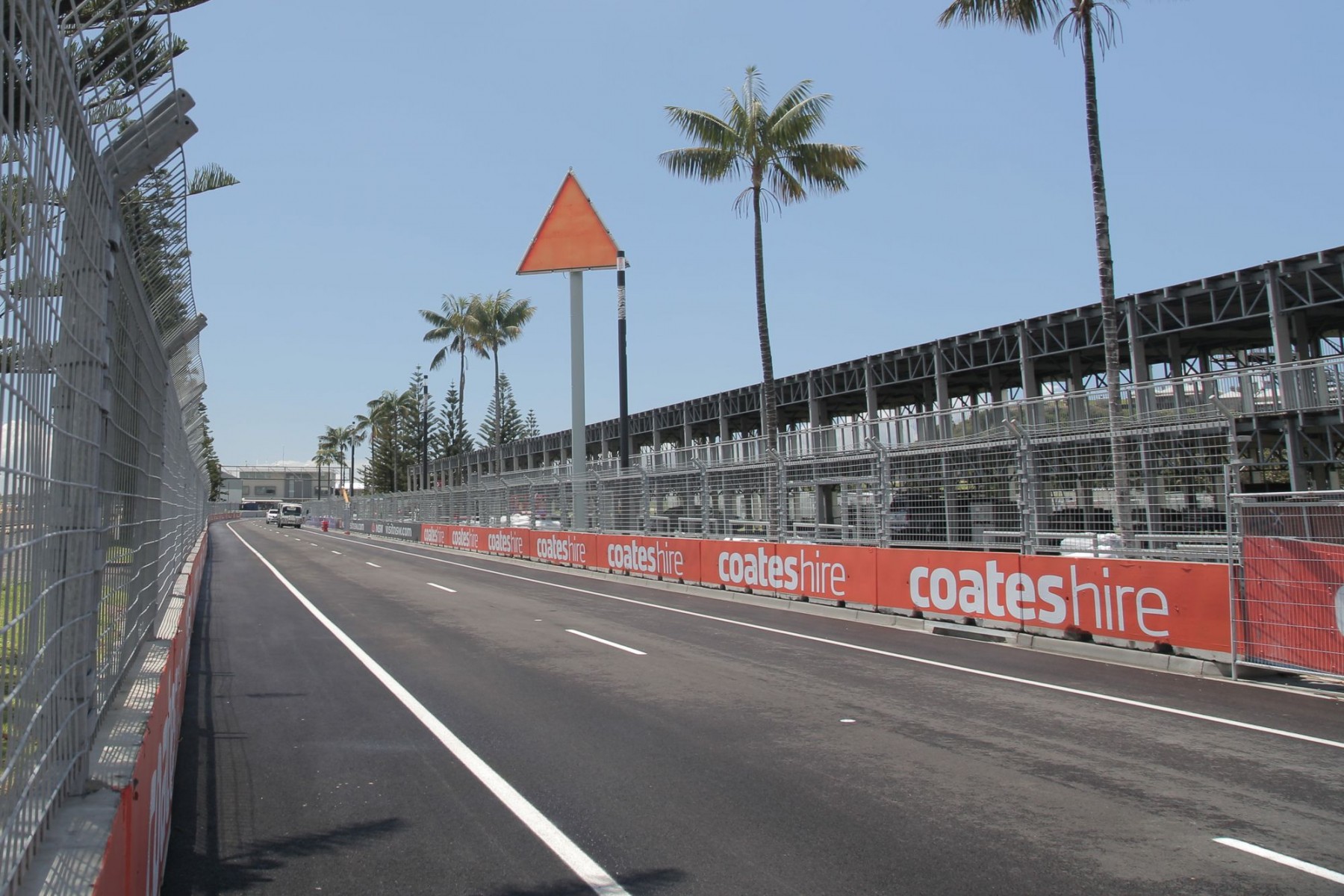 In two weeks’ time, the 2017 Virgin Australia Supercars Championship finale will be underway in Newcastle.

Supercars.com visited the home of the maiden Coates Hire Newcastle 500 to have a look at how the street circuit is coming together, before the November 24-26 event.

Red Bull Holden Racing Team manager Mark Dutton visited the venue on Thursday and says the 2.6km layout has “a bit of everything”.

Take a look around the circuit guided by Red Bull driver Shane van Gisbergen, who has been among the drivers involved in its design. 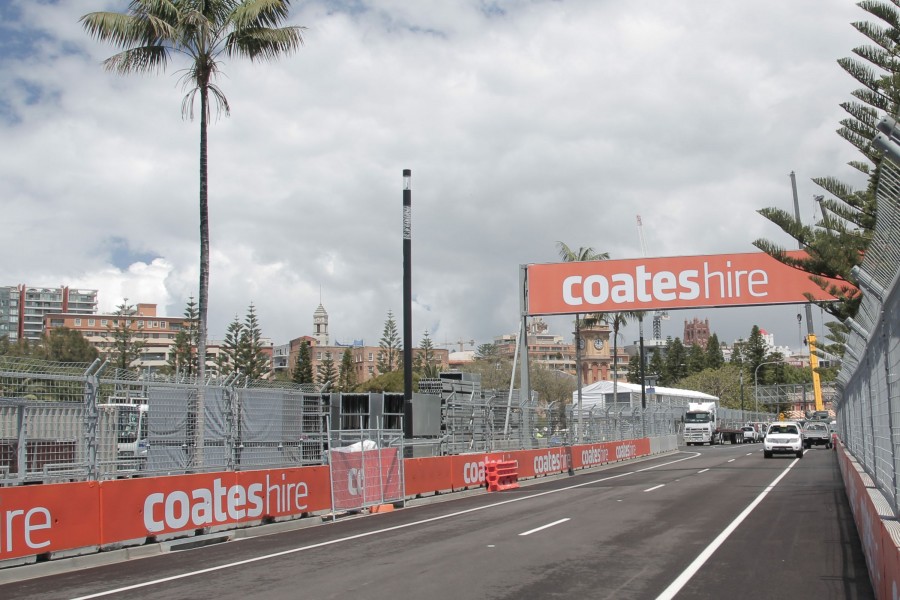 The run down the main straight, with pit lane exit emerging from the left. 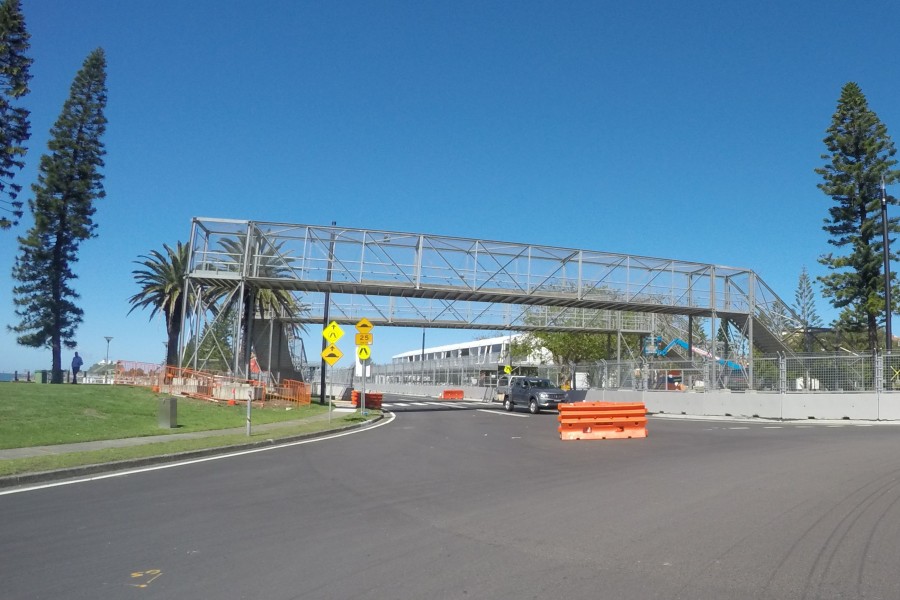 Looking at Turn 1 from the outside of the left-hander. 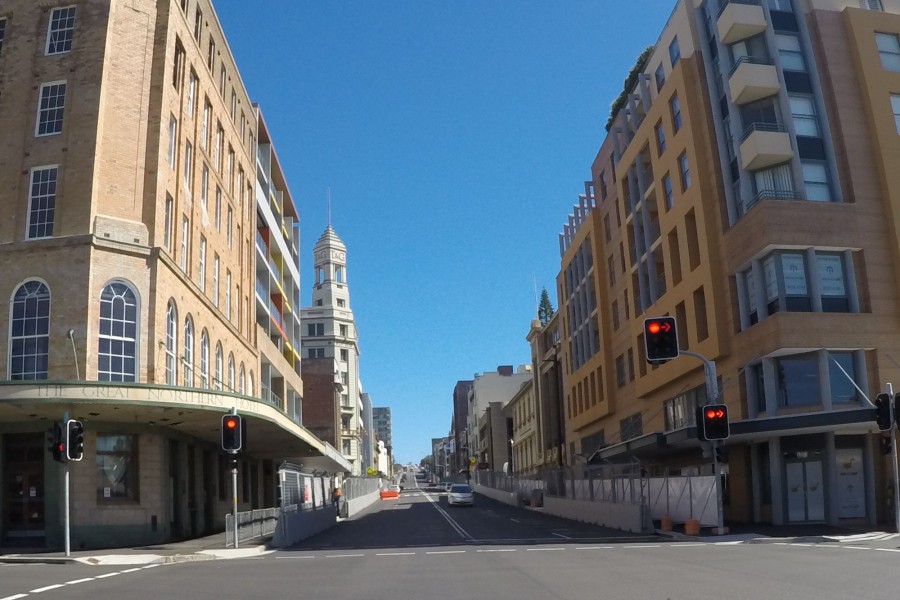 The run up Watt Street towards Turn 2. 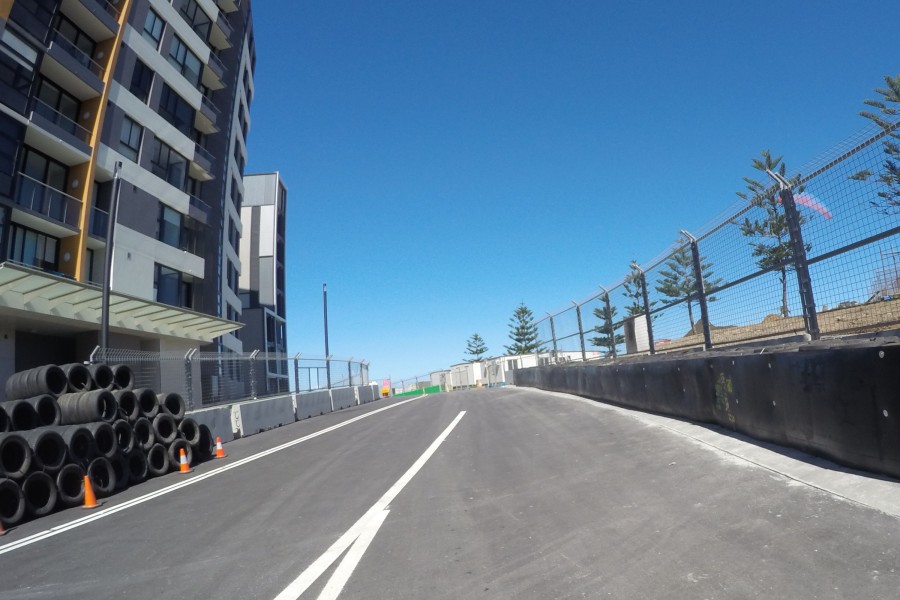 Turn 2 is another left-hander at the top of the street.

"After a sweeping pit straight you’ll need to carry speed into Turn 1 and get a good exit for the long run up to Turn 2," van Gisbergen says.

“Then you’ll need to get hard on the brakes for the slow, 90-degree left-hander at Turn 2. You’ll want to have some good front grip for that. 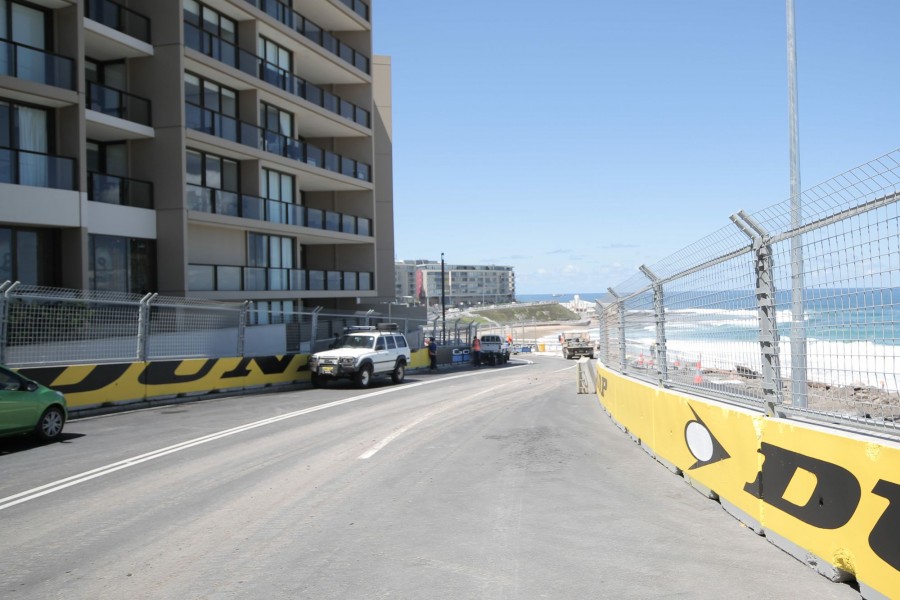 The run down and along Shortland Esplanade, through Turn 4.

“Turns 3, 4 and 5 will come up on you pretty quick, so you need to flow the car and keep up the speed," van Gisbergen predicts. "If you can get away with it, don’t touch the brake pedal!" 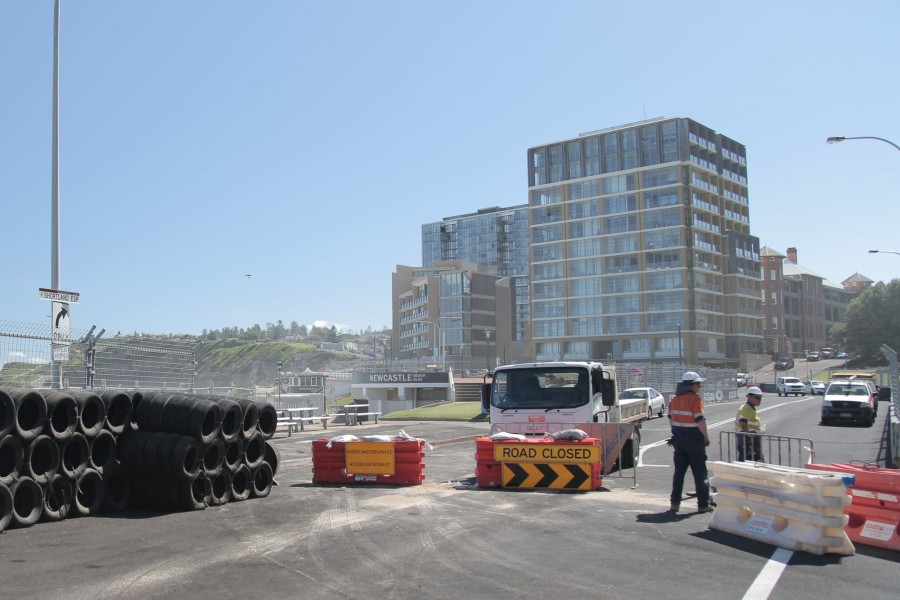 Looking back in the opposite direction up the Esplanade, from the outside of the Turn 7 left-hander.

"The car will need good stability so you can brake late, get it turned and get on the throttle as hard as you can without spinning up the rear wheels.

"You want to get good drive out of Turn 9 for the long run up that back stretch." 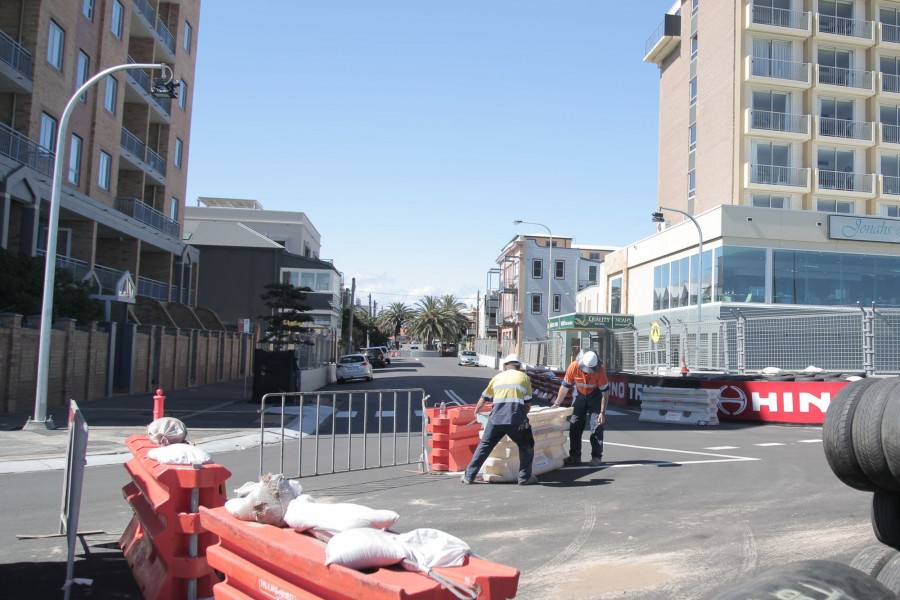 Turn 7 again, but looking through the corner from the outside, and the run towards Turn 8. 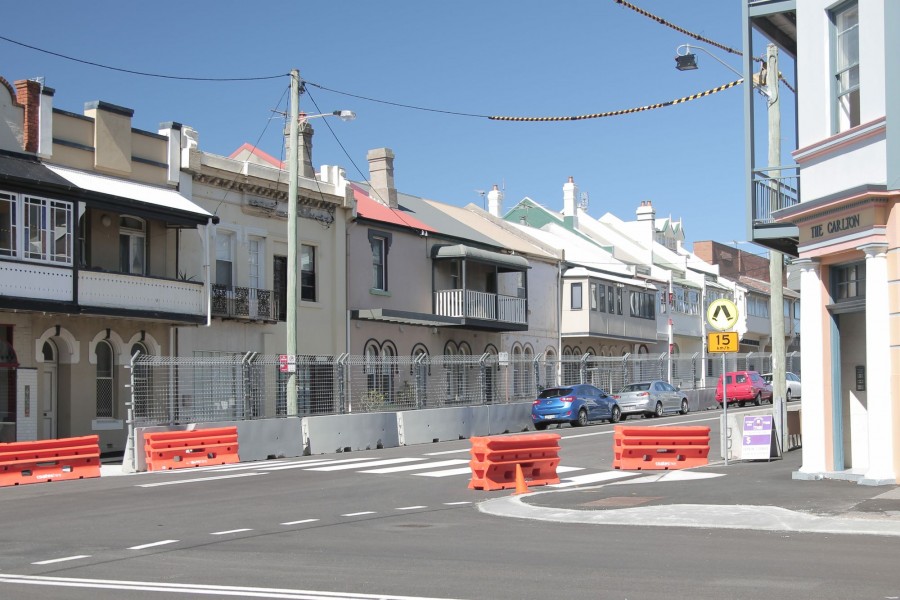 Turn 8 is a 90-degree right-hander onto Scott Street. 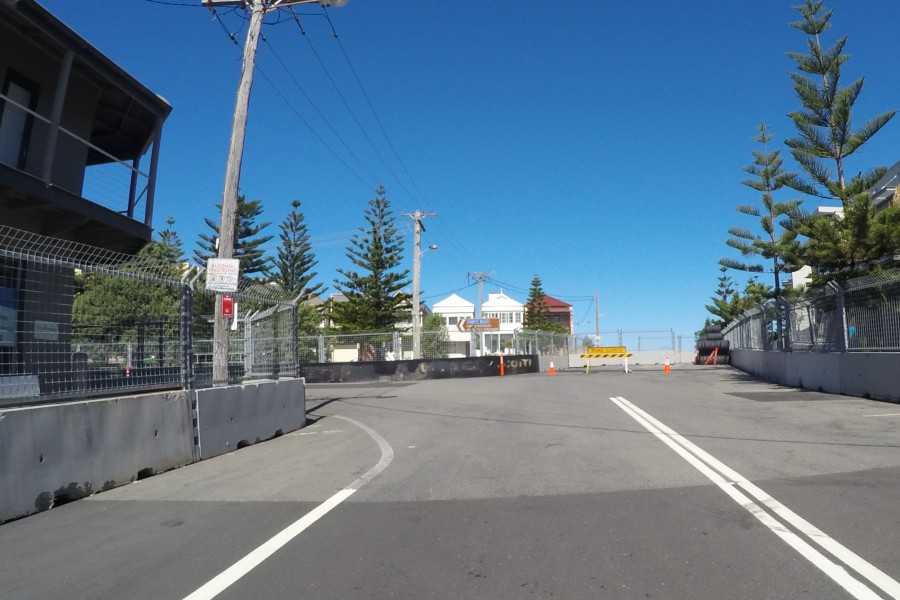 The entry to Turn 9. 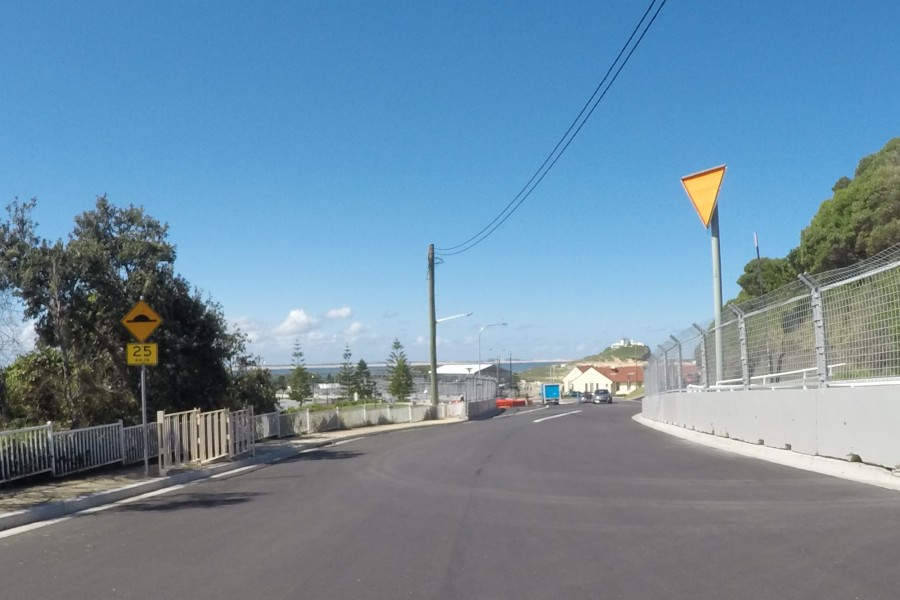 The barriers provide an indication of how much room drivers will have to move on the high-speed, sweeping run down Nobbys Road.

"It could be similar to Turn 8 in Adelaide if we have the concrete walls all around us," van Gisbergen says of this run.

"Carry as much speed as you can through here, but you will need your aero working for you.

“This section through the park is being built specifically for the race track, so it’ll be a bit of a hybrid circuit like Townsville, which is pretty cool." 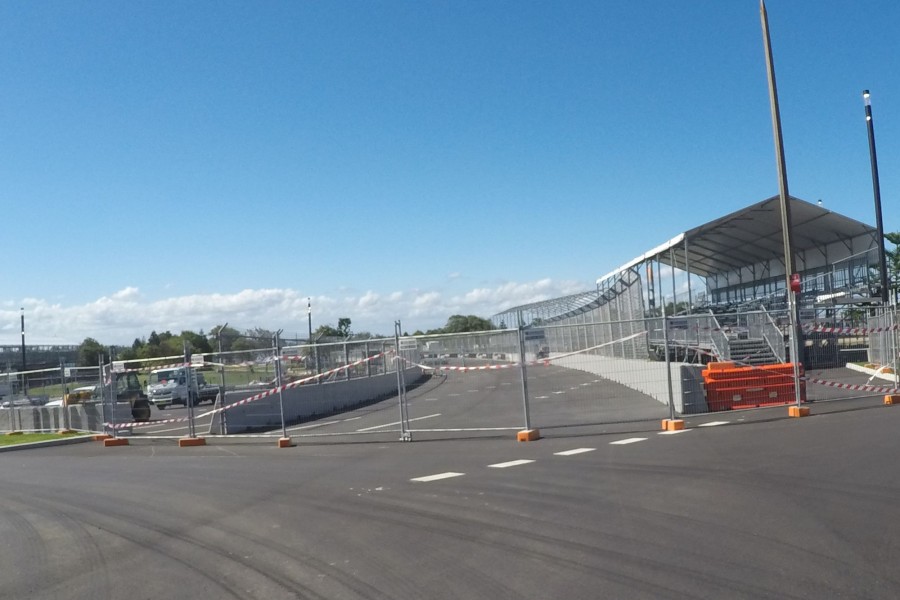 The downhill run continues towards the Turn 11 hairpin, the penultimate corner.

"Hard on the brakes to wash off lots of speed," van Gisbergen says.

"Now you need as much low-speed grip as you can get and you don’t want too much understeer or you’ll be waiting to get back on the throttle. A lot of time can be lost or gained in these long, low-speed corners.

“To finish, it’s a short dash to Turn 12. Focus on the exit so you can maximise your run down to the start-finish line.” 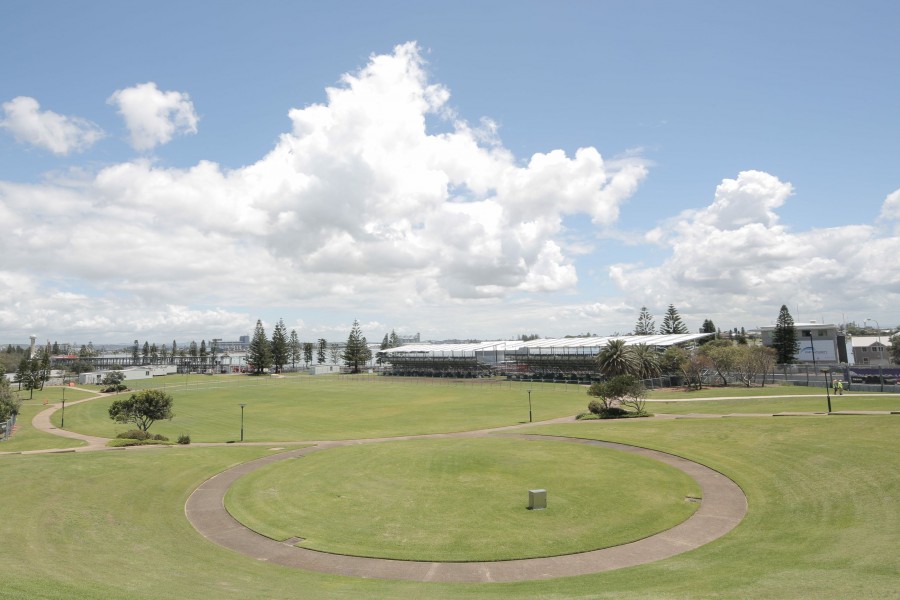 Looking from Nobbys Road across the park, towards the pitlane side of the main straight on Wharf Road.

"It’s another street circuit and I love the way you have to push the car to the absolute limit at these tracks. Not only that, but it’s a brand new track too, which is really cool.

“Looking at the track layout, I think it’s going to be a fun little circuit."