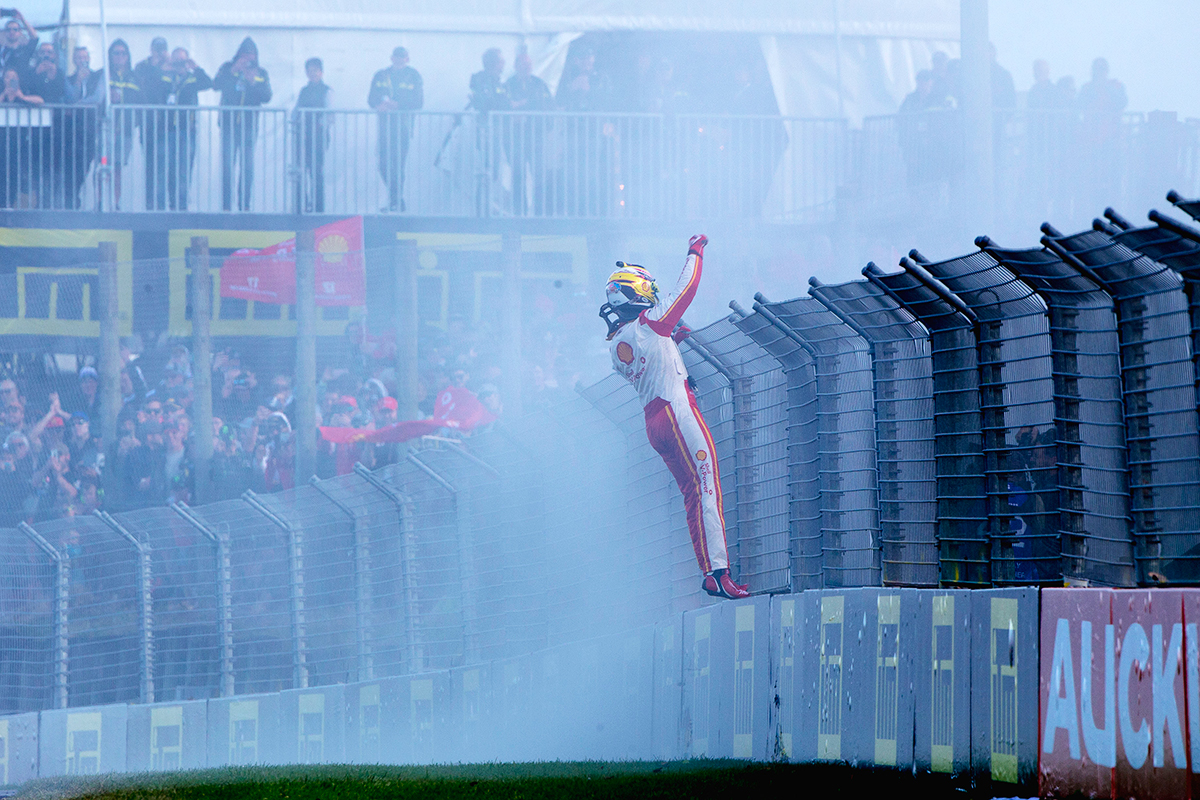 Scott McLaughlin says he and Shell V-Power Racing wanted "to prove a few things" in Sunday's ITM Auckland SuperSprint race, after coming off second-best on Saturday.

The championship leader was passed twice in Pukekohe's opener by title rival Shane van Gisbergen, and was then parked in by the victorious Red Bull Holden in parc ferme.

Van Gisbergen's win trimmed McLaughlin's advantage to two points, but he responded by out-qualifying and out-racing his fellow Kiwi on Sunday.

McLaughlin claimed an eighth victory of the campaign, while van Gisbergen salvaged second from a slow pitstop in a last-lap position swap with team-mate Jamie Whincup, who had been pressuring the leader.

It means the championship gap stays at 14 points, the same as it was pre-weekend, with only the Coates Hire Newcastle 500 decider to run.

"I guess I just wanted this race to prove a few things, that we are strong as a team, we never give up," McLaughlin, who also claimed the Jason Richards Trophy, said.

"I felt really strong the whole race, it was one of my best drives.

"To bounce back after [Saturday], pretty full-on head games or whatever you want to call it, I felt strong, went to bed and just went 'stuff it, let's have another crack' and we got it done.

"There's nothing better than fire in the belly to get us going and I'll use that for the rest of the year."

It was McLaughlin's second Supercars win on home soil, his first coming in 2013 as a rookie with Garry Rogers Motorsport.

"I reckon this one's a bit better," he said. "The first one was good, but [this one] there was a lot on the line." 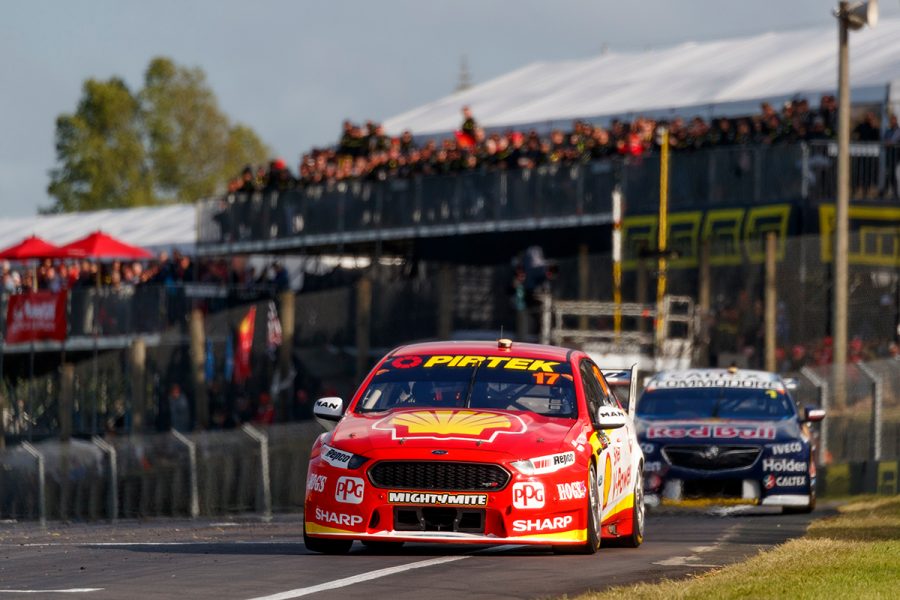 This time last year, McLaughlin was preparing to head to Newcastle 30 points behind Whincup.

A Saturday victory for McLaughlin and early incident for Whincup handed the former a 78-point lead, but the balance swung again in Sunday's showdown.

Three penalties spelt heartbreak for McLaughlin, as Whincup took out the race to snatch a seventh title by 21 points.

"In some ways it's a little bit of redemption," McLaughlin said of his outlook in the fight against van Gisbergen.

"In some ways you want to come back and knowing what happened last year and whatever, just give it our best shot.

"Whatever happens at the end of this, accept the outcome and just get on with it.

"I'm driving as hard as I can with the car and that's all I can do. If it's good at the end, it's going to be.