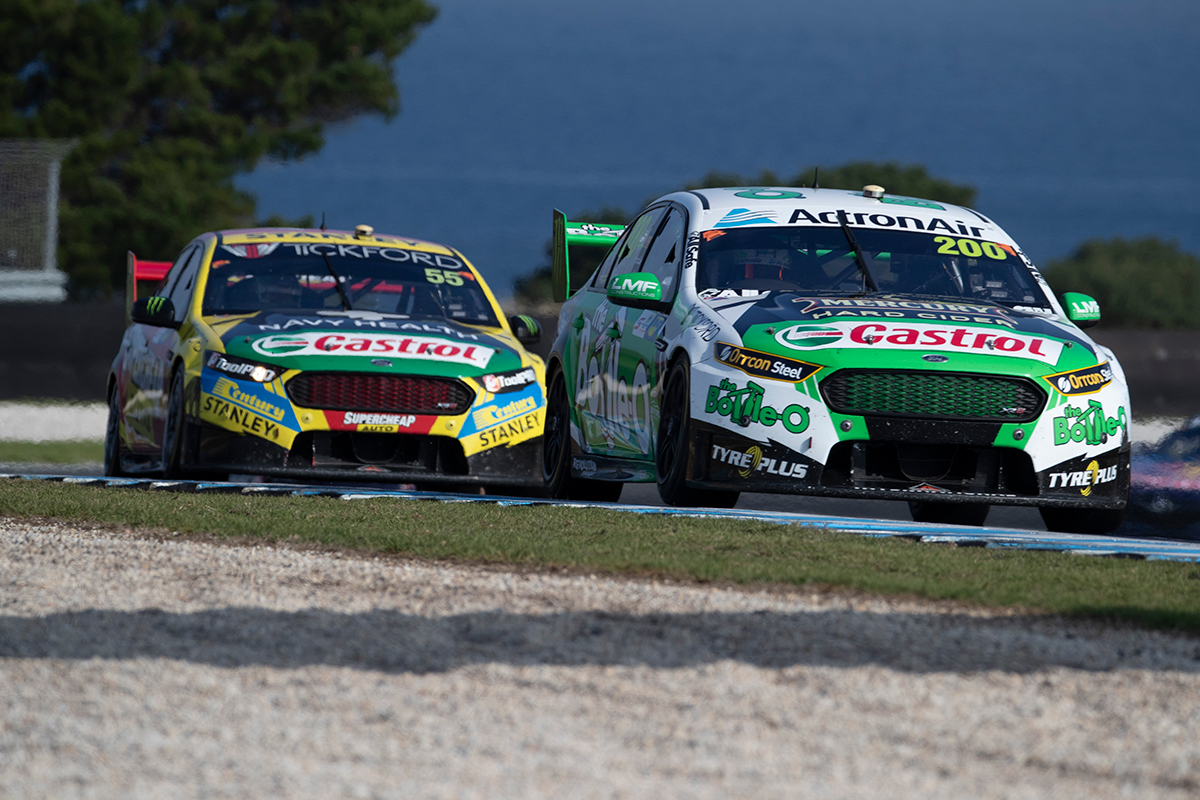 Tickford Racing’s four drivers are “all trying everything” in a bid to arrest the Ford squad’s tough start to the 2018 Virgin Australia Supercars Championship.

Under its former Prodrive Racing Australia banner, the team gained momentum in the second half of 2017 including Chaz Mostert and Steve Owen winning the PIRTEK Enduro Cup.

After four events in 2018, though, it is the only multi-car outfit without a podium, with a largely-consistent Mostert its best-placed driver in the points in seventh.

Team-mates Mark Winterbottom and Cameron Waters are 14th and 16th, while rookie Richie Stanaway sits at the foot of the order.

After what team principal Tim Edwards classed as a “brutal” weekend at Symmons Plains, Mostert led the way again at Phillip Island with fifth and eighth.

“Certainly we can try to draw some direction from what Chaz was doing with his car, because that was certainly the most-competitive of our cars,” Edwards told Supercars.com.

“They always tune their cars to their own taste, and Chaz drives a little bit different to the others as well.

“It’s not just a case of ‘we’ll put that on the car’, because you’re looking for tenths and the driving style obviously forms part of it as well.

“They’re all trying everything. They’re all frustrated with the speed of the car at the moment.”

No other Tickford Falcon finished better than 13th, as its drivers battled understeer and tyre degradation, Winterbottom breaking front chords on Sunday and considering himself lucky to finish.

Edwards indicated the team’s problems were different to those encountered a fortnight earlier, as work at its Campbellfield base continues.

“But first you’ve got to understand what you’re trying to achieve.

“If you’ve got a car that’s got a little bit too much understeer, it’s a geometry function at the front of the car, but there’s a huge range of adjustment in the car already.

“Obviously we’re exploring that as much as we can to try and give ourselves some direction. 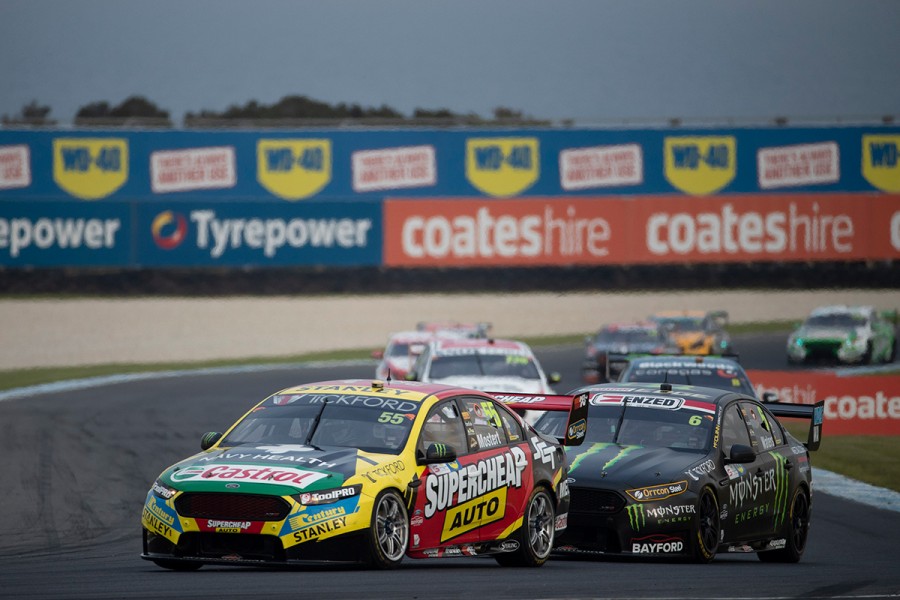 Encouraged by some of the gains made, Mostert believes part of Tickford’s problems stem from this year’s change in tyre construction.

The 2017-construction Dunlop rubber has been parked after problems at several events including Phillip Island last year, with drivers back on the ’16 rubber.

“It’s probably not a bad result for the stuff we’re dealing with out there,” Mostert said of his weekend.

“As a whole team we’re really struggling with getting this car to react to this new tyre this year.

“It’s something we’ve got to go back to the workshop and do something completely different.

“But in saying that, I was hanging on for dear life out there, just trying to make it work somehow, doing stuff drivers don’t necessarily like to do in race cars.

“You like to be smooth and look after things, but this weekend’s been all about aggression in trying to make this car work.

“Not bad results, not where we want to be, that’s for sure. We’ve got a lot of work to do.”