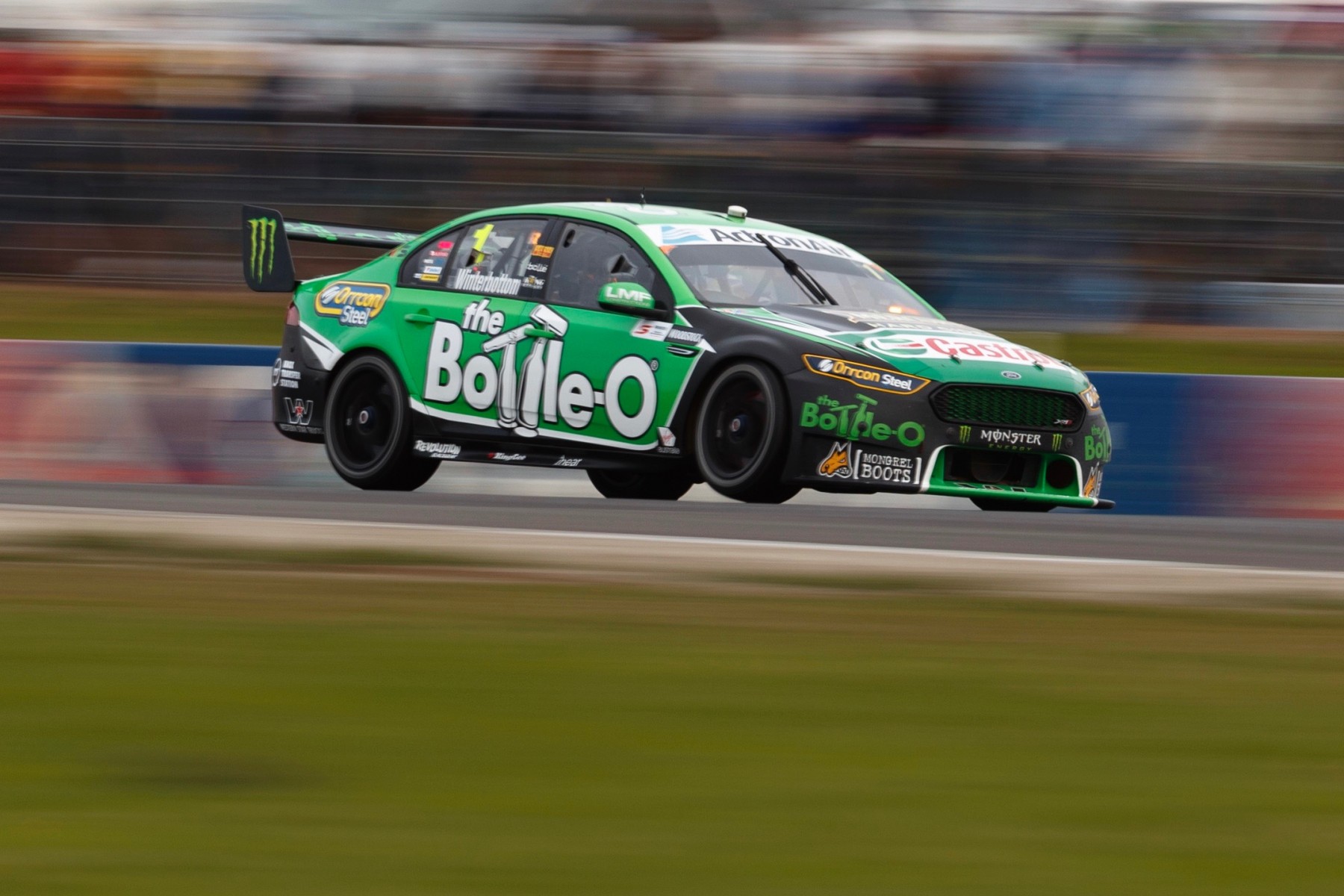 Prodrive Racing Australia is gearing up to debut 2015 champ Mark Winterbottom’s new car for the next round of the Virgin Australia Supercars Championship.

A new chassis has been in the works for some time, but progress had been halted given the tight schedule, and unforseen repairs after stablemate Chris Pither’s crash at the Clipsal 500.

With four weeks until next event the Darwin Triple Crown, there’s time for teams to catch their breath, with Prodrive intending to shakedown the new Ford Falcon FG X and bring it online.

“It’s pretty much done – we just haven’t been rushing to bring it into service because there’s nothing wrong with the car he’s driving. So I think they’re talking about racing it at Darwin.”

At this stage, the plan is for Winterbottom’s current car to become a spare.

It is not unusual to see teams run new cars for the Darwin event, given the intensity of the start of the season – Brad Jones Racing gave Fabian Coulthard a new chassis this time last year, as did TEKNO for Shane van Gisbergen.

While other Victorian-based outfits elected to test prior to the Winton event, Prodrive still has two days up its sleeve.

Brad Jones Racing and Erebus Motorsport will test at Winton before the Darwin round, with Triple Eight and TEKNO pencilled in for Queensland Raceway.

“We’ve got our pre-enduro test [planned], which is the week preceding Sandown and we’re thinking at the moment possibly the beginning of August,” Edwards said.

“We don’t want to just waste it for the sake of running around trying to refine our setup – we want to wait until we’ve got some new bits that really need good validation on a test day, so we’re trying to time it with some of our development.”

Edwards was pleased to see Winterbottom take the Championship lead over the weekend, at the same venue he secured it last year on the way to taking the title.

“It’s good, it’s kind of what you expect from him as well,” Edwards said.

“That’s the thing – Craig (Lowndes), Jamie (Whincup) and Frosty, they mightn’t be winning every weekend but they’re always getting a good handful of points. That’s why those three have been in the top three for years.”

It’s tight at the top of the table, with Winterbottom leading Scott McLaughlin by 27 points. Whincup and Lowndes are 36 and 39 points behind respectively.

The ‘Collingwood’ of Supercars