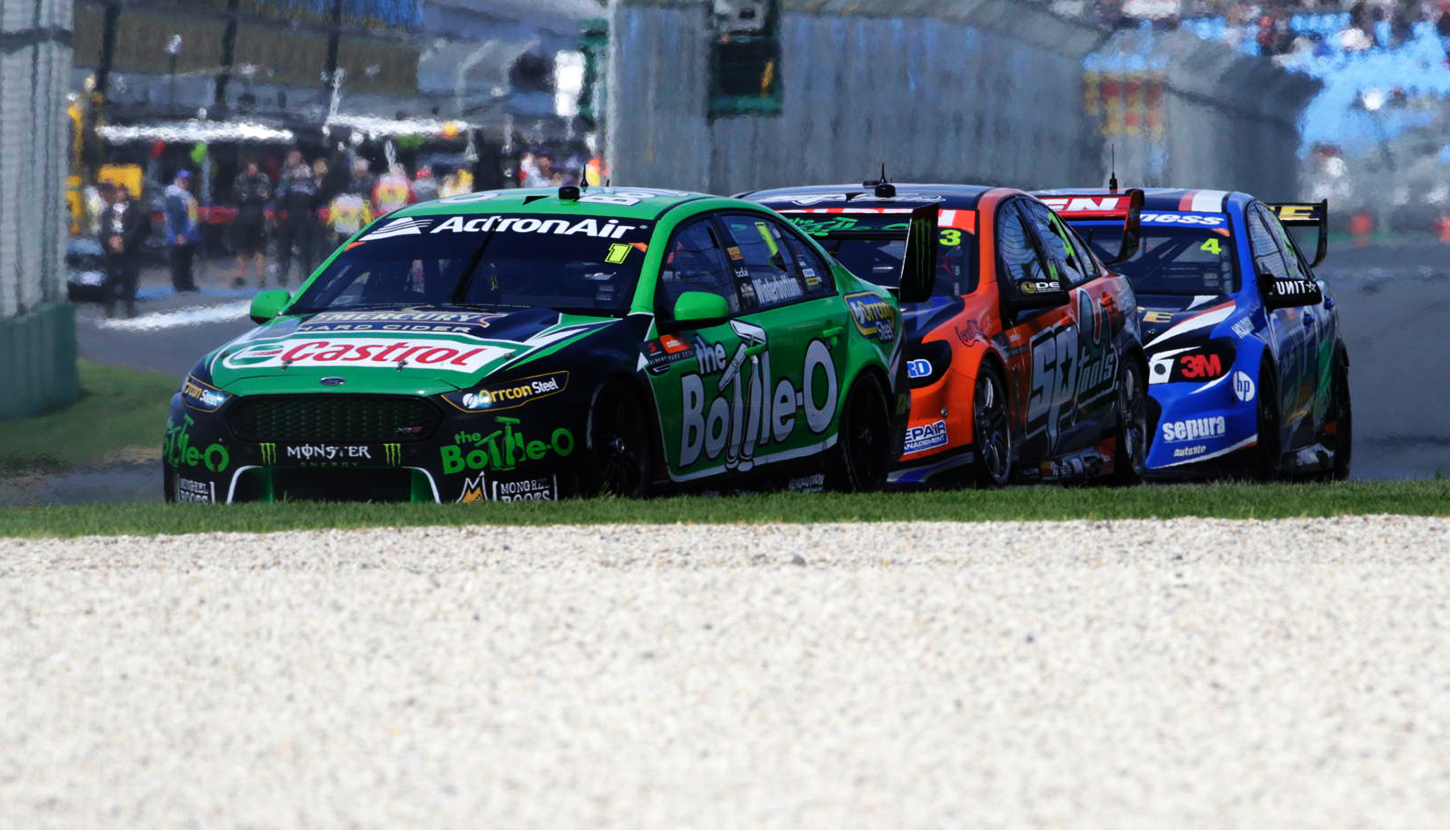 Current V8 Supercars champion Mark Winterbottom is not pleased about starting today’s second race at Albert Park at the back of the pack after a battle with Fabian Coulthard left him worse for wear in the first run.

Winterbottom was running third and revealed the DJR Team Penske driver was in the back of his Bottle-O Falcon for most of the lap, before he was spun and delegated to the back.

Now it’ll be a fightback for the man who won all four races at the venue last year – and he doesn’t expect it to be easy saying those racing at the back of the field are “out of control”.

“I got hit from turn three to turn 10 in the rear on the exits, which kept ruining my run,” he said when asked about Coulthard’s move.

“You can’t get exits because you’re getting pushed off the track.

“The final one, I didn’t think he was going to make the move – but whatever. I’ve got to get back up there now and get racing.”

Winterbottom ultimately finished the race 21st and was part of an angry battle pack at the rear of the field in the final laps.

“The guys at the back are out of control! Not naming names, but far out, they’re absolutely racing and putting their cars on the line for 20th position,” he said.

“That’s what racing is, but this weekend – we’re in Tassie in two weeks time, so you’ve got to be smart as well as race hard.

“I want to come away with a straight car – but at the same time I want to get back up there and return serve a little.

"So I’ll be trying hard to come through, but at the same time I don’t want to write the car off because Tassie is the focus from here on in.”

The Bottle-O Falcon is quick, Winterbottom says, but he will be battling with it from 21st on the grid this evening. The grid is set by finishing positions from the previous race this evening and tomorrow, though Sunday’s is based on total points from the three races, which could also hurt the #1.

“The car’s quite good, it feels really quick so I think we could’ve gone quite well in that race. There’s positives, but if you crash and write the car off it’s not enjoyable and it’s a waste,” Winterbottom said.