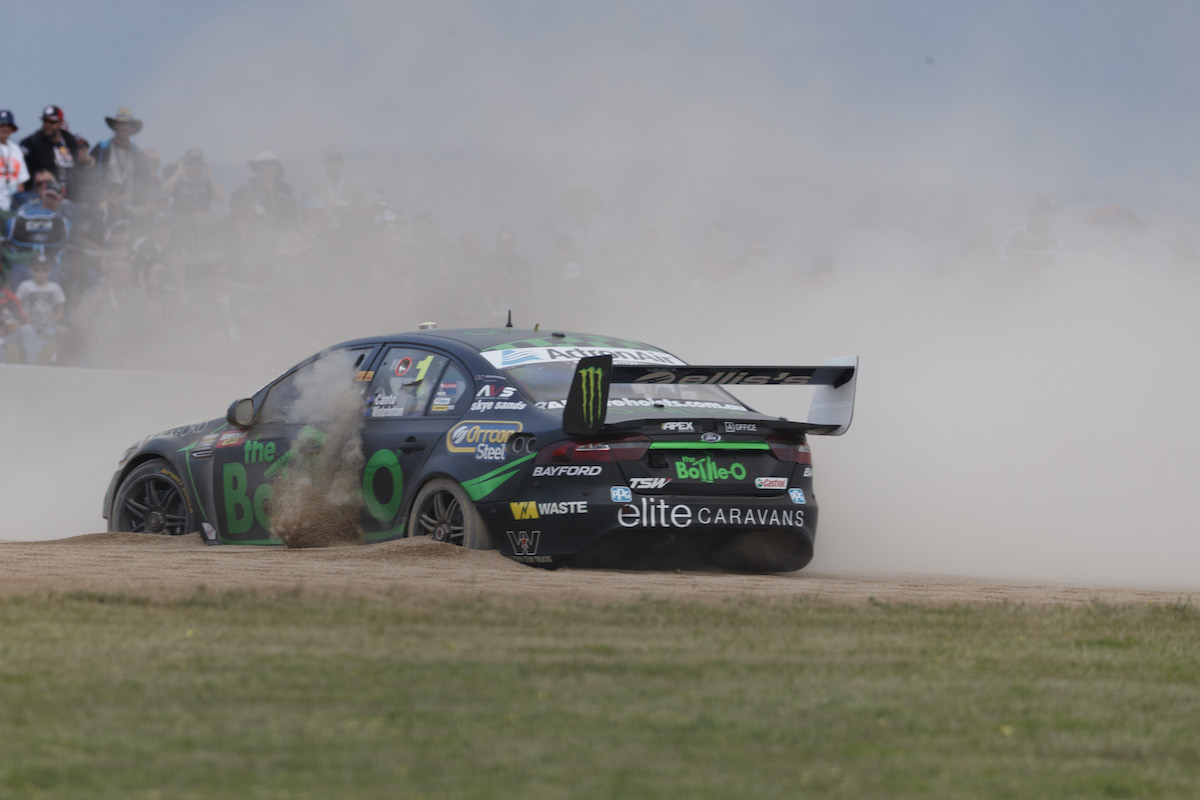 The remains of Mark Winterbottom’s exploded Bathurst brakes are the subject of an engineering investigation in the UK as AP Racing investigates the cause of the failure.

The supplier of the category’s control brakes has issued preliminary advice to teams as a result of its investigations and expects to have full answers within the next few weeks.

“As soon as we know exactly what happened the teams will know,” Nicholas Bates, General Manager of Competition Friction, the Australian distributor of AP Racing products told supercars.com.

“If something needs to be changed it will be changed in conjunction with the teams and Supercars. That’s the way we work.”

Winterbottom’s Prodrive Racing Australia/The Bottle-O Falcon was buried in The Chase sandtrap late in the race after a front disc rotor exploded, ending his chances of a podium in the Supercheap Bathurst 1000.

“We have worked with the team, worked with Supercars, got the components, had a look at the data and just really compiling an answer,” Bates said.

“We are working backward just to try and figure out what has gone wrong because there are a whole lot of contributing factors to these things it is never crystal clear what has gone on.

“They (AP Racing in the UK) have a full simulation dyno and they can simulate the whole Bathurst race using data from the team; the brakes pressure, the speed and produce a data trace that reflects the car.”

One of the key aspects of the investigation is the fact the category changed to a new specification front disc rotor for the CrownBet Darwin Triple Crown.

“It is a very different disc and it is heavier,” confirmed Bates. “The dome structure is the main difference.

“But it could be any number of things so it’s important to look at everything and not jump to any conclusions.”

It is understood other teams found cracks in rotors at the end of the race, although none suffered a failure and Bates said they did not raise alarm bells like the Winterbottom failure.

“It’s 1000 kays around Bathurst and it is hard on rotors,” he said. “We are certainly looking at all the other cars and looking at the conditions of all the discs, but I guess it’s what you define as an issue I suppose.”

The unique circumstances at Bathurst, where the brakes cool on the long run down Conrod Straight before the high speed stop at The Chase is suspected to have played a role in the failure.

None of the circuits left on the calendar in 2016 impose the same sort of braking force as Bathurst so AP Racing, Supercars and the teams are confident there won’t be more failures.

“Bathurst is a unique situation because they do six kays and use the brake four times or whatever it might be and you are asking different things from the brakes,” Bates said.

“It’s a big stop from high speed from cold brakes so it is a unique scenario from that point of view. Turn two at Eastern Creek is probably the closest [braking scenario in the championship].”

The situation at Bathurst could also have been exacerbated by the unusually long 92-lap stint a safety car at the start of the race. Different brake pads could have a role to play and even such unpredictable factors as debris blocking cooling vents.

Prodrive Racing Australia team principal Tim Edwards said AP Racing had made it clear there was no issue with the front-end design of the Falcon that led to the issue.

“From our perspective we are confident, as are AP, that there is nothing we have done. But there are other examples up and down the pitlane [of rotors having cracks at the end of Bathurst] so AP are doing everything they can to analyse that.

“We are relying on AP and Supercars to get to the bottom of the issue.”

Winterbottom had complained of a braking issue at The Chase in practice and qualifying for the 1000, but Edwards explained that was locking rears.

“That’s a chassis characteristic,” he said. “That’s not a brake issue.”