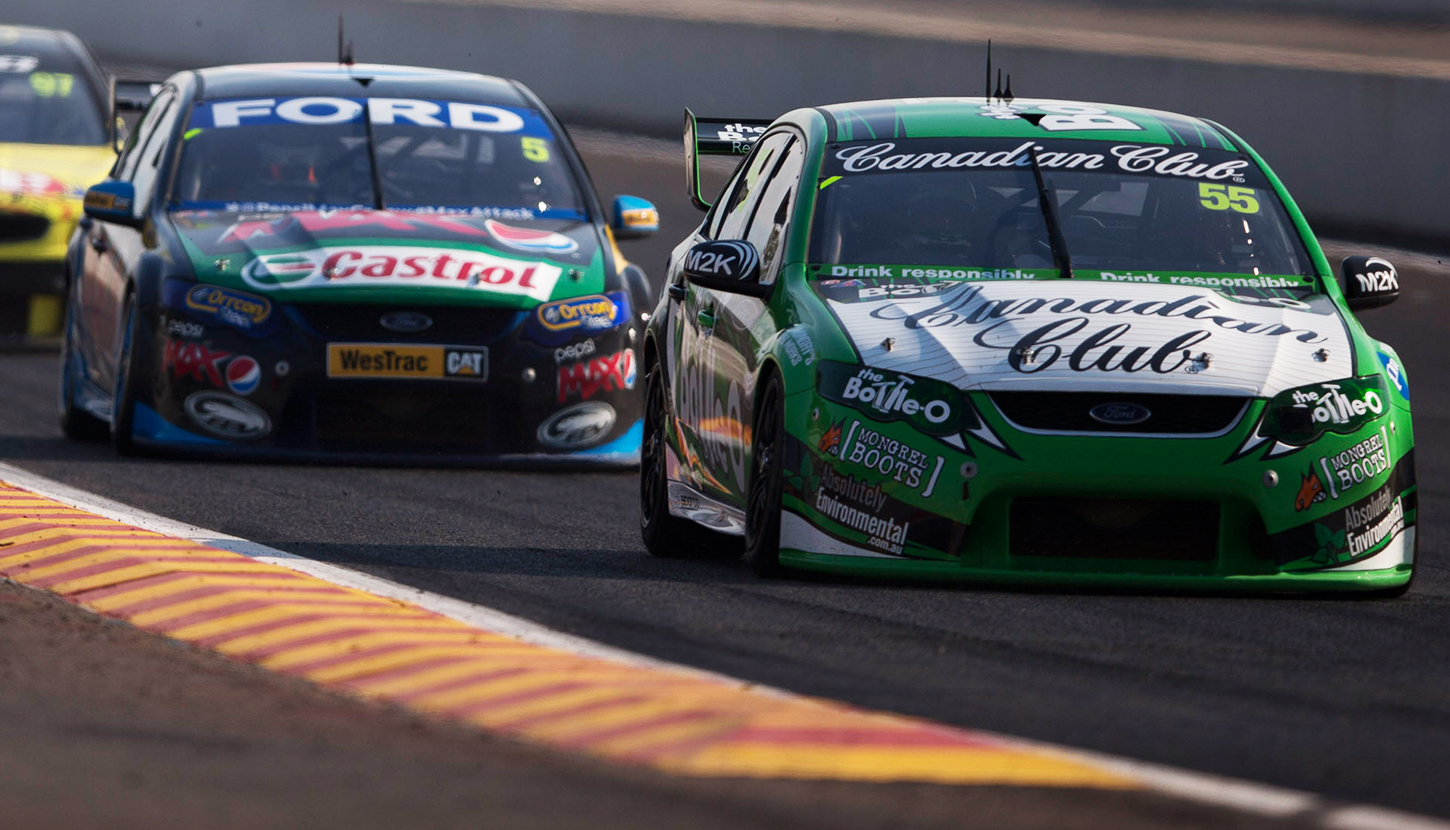 Supercars 2015 champion Mark Winterbottom writes exclusively for supercars.com, tackling the hot topics as he mounts his title defence. After tangling with stablemate David Reynolds in 2013 in Darwin, Frosty explains what it is really like when it all goes wrong with a competitor from the same team.

One of the hardest parts of Supercars is to race someone from your own team.

They know they can squeeze you a little bit more than what they can probably get away with if it was someone else. But on the flipside, the other guy trying to pass thinks ‘they might give me a bit more room because they’re my teammate’. There’s always that ambiguity of what’s going to go on and sometimes that leads to fireworks – it’s never intentional, but sometimes it happens.

In ’13 I had the run-in with Dave at Hidden Valley. It’s always a tough one because the team doesn’t care which car wins, they want every one of the cars as high up as possible. There’s never favouritism from a team point of view on who comes first, second, third, or whatever – as long as all your cars are beating everyone else. The rule from the team is every man for themselves, race each other, but don’t crash each other.

That day in Darwin was hard because the guys working on Dave’s car were upset – he gets upset, his engineers and everyone – and then my guys are thinking ‘Why didn’t they let you through?’. Although you’re one big team, people get emotionally attached to the car they’re working on, so it can cause massive issues.

Often the drivers will hop out and say, ‘hey, sorry mate’ and it either gets accepted or not and you can move on. But sometimes it is hard and that’s where the drivers have got to take responsibility and actually make it look like it’s ok even though it’s not, because you never want the team to be separated.

You normally get sat down after the race and the team boss expresses his disappointment in you and gives you a bit of a rev up, and you just try and get over it really quickly. It is something that happens in our sport and it’s never intentional, but you can’t let it escalate.

Our team has done a good job of handling it – we normally just address it and get on with it, but other teams haven’t always done that quickly and it’s flowed on. HRT last year was a good example where it happens once, you address it, it happens twice, it starts to become a common issue and separates the team. You’ve got to pretty well cop it on the chin and take it as non-intentional for the benefit of the team – but it is hard to switch off the emotions sometimes against your teammate.

First thing, the cameras come in. You don’t want to be one of those people that’s fake and hides his emotions, you want to say it as it is but you’ve got to be careful of how it comes across as well.

No matter who the contact is with, you’re either guilty because you know you’ve crashed someone, or you’re innocent and have been crashed – so it’s tough.

But if it’s a teammate thing, you spend so much time together and you have to work together to make the team better – the team needs you both to get along, race each other and push each other along and not off. For the benefit of the team and everyone you’ve just got to put on the right face.

Normally by the next morning you’ve addressed it, but that happens after that interview takes place. You don’t want to do the Nico Rosberg-Lewis Hamilton thing and drag everyone down through media comments, you just want to address it and move on.

It’s always a touchy subject – whatever anyone says, behind the scenes it can get pretty touchy – but at the end of the day if everyone handles it properly and maturely, you rock up the next day and go again.

When Dave won in Darwin, I was the first one to go and see him.

Although I thought he probably should’ve let me past at that point in 2013, I was still the one that made contact, so you still know when you’re in the wrong and you put your hand up for it.

It’s tough – good teams will have two good drivers or more. When you’re going for a championship sometimes you have to race your teammate, it’s just part of the sport.