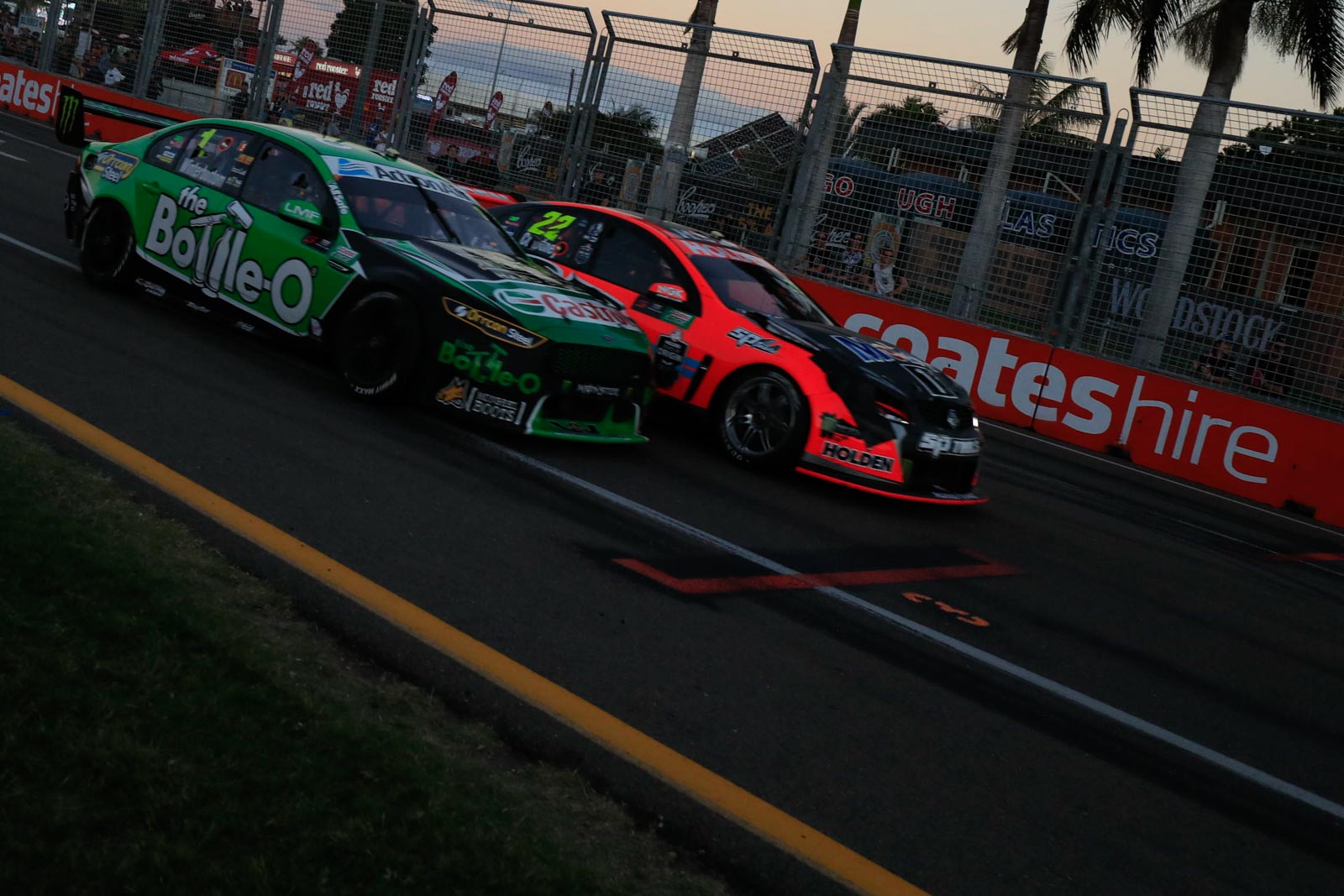 Supercars 2015 champion Mark Winterbottom writes exclusively for supercars.com, tackling the hot topics as he mounts his title defence. After Prodrive lost Ford backing, Frosty pushed on and won the Championship. He explains his team’s story in the wake of Holden’s departure from Walkinshaw Racing and tells WR fans to get behind their team.

People might have read last week’s news that Walkinshaw Racing has lost Holden’s support and thought the team would just collapse. But our story at Prodrive Racing Australia is proof that not only can a team survive but also thrive. We lost Ford backing and then we won the championship – so it’s not like it all just falls over.

Our team has sympathy for those guys because we’ve been in a very similar position. Ford didn’t go from us to a competitor but they chose to go out of the sport.

I was a Ford man from day one and never even contemplated driving anything else. But on hearing the news they were withdrawing, you do ask yourself questions.

The team we had around us at the time – Rod Nash, Rusty French, Tim Edwards – they were always comforting and giving us confidence the team would not take a step backwards. They looked at it as losing a commercial partner, not all doom and gloom. It wasn’t good, but we had to look at the positives.

Our team really focused on the commercial side, built the team back up and we’ve been very successful since then. We are proof that teams don’t just fall, they don’t just give up, it’s not the end of the world. It’s a business decision and you’ve got to move on.

What never dies is the fan base and whether the Ford logo is on your car or not, the passion your supporters have never dies.

I still bleed blue regardless of what’s happened. Hopefully one day they’ll change the business strategy, come back on board and see how good our sport is. But at the end of the day, your passion doesn’t die because of their business decision, and fan support for the blue oval and the team won’t go away.

Walkinshaw Racing – or whatever it will become – will be the same.  Not every Holden supporter goes for Triple Eight – people love or hate them – so they won’t take all the fan-base across with the HRT name. Some people who wear Holden shirts choose us before Triple Eight, because they want them to be beaten.

Walkinshaw will still have that fan-base – they’ll still have the same personnel and all that side of it, they just have to come up with a new business strategy to benefit the team. Now the lion comes off the car they’ve got real estate space to sell. The right commercial people find solutions – our team did that really well and I’m sure the Walkinshaw guys will do that and have been setting themselves up to prepare for this.

The worst part of it is over – the speculation, and not knowing. When you’re trying to plan your future, sometimes speculation hurts more than confirmation.

If you’re a Walkinshaw fan, support them more than ever. What helped us get through was the support from fans. We did, and still do, get lots of nice emails and messages, which were worth more than anything. You don’t just cut off the support, it often gets stronger. So get behind your team and support them in a tough time. Things like merchandise help support the team.

I’m sure the fans will show their support. Walkinshaw Racing is in a rut at the moment but they’re a good team, good drivers, they don’t stay down for long.

James Courtney and Garth Tander are very, very good drivers. They should be at the front but the cars aren’t there at the moment. Those guys race harder than anyone; I really respect what they do so I want them back up the front. That’s genuinely how I feel.

They’ve got the ability, the personnel, just something’s got to click and when it does they’ll be back up the front. I’m sure they’ve got even more of a motivator to beat other people now.

I’m sure they’ll bounce back hard, they just have to sign their guys and cement their business structure. Now they know what’s going on, it’s time to go forward, so I hope they bounce back really strong and have a good result at Eastern Creek. Results turn news around really quickly.