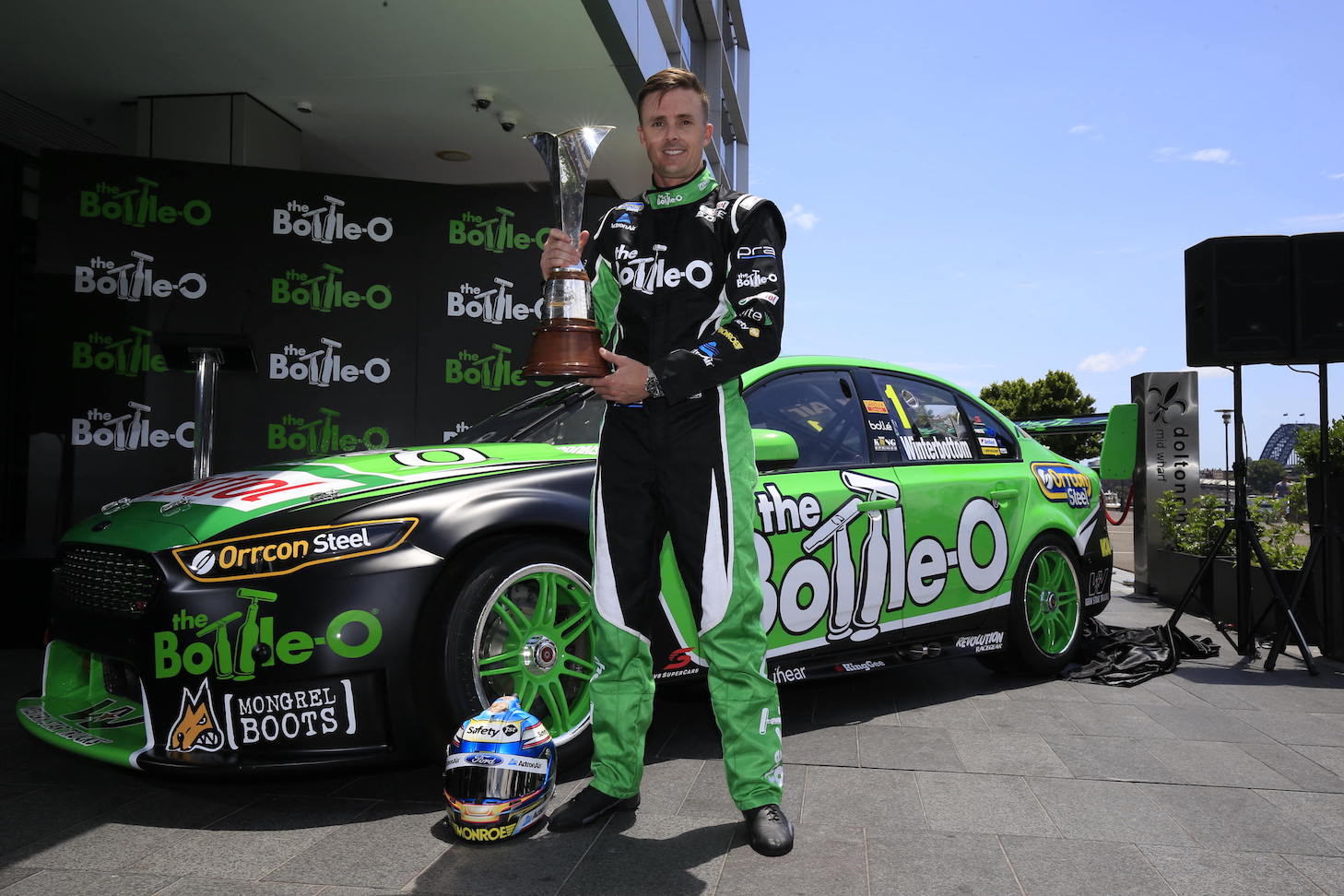 It was a big moment to cross that finish line in Sydney last December and know you’ve won it. To know you have the championship title and no one can take it away from you is a pretty special moment.

I could hear the team’s emotion in their voices on the radio, saying how proud they were, and that’s when I got emotional. It’s a massive relief and a really surreal moment. It’s hard to explain but you get tingly. Think of all the emotions you have, all pouring out at once after a massive build-up.

Every day after that it starts to sink in a little bit more that you’ve achieved it. Christmas was really good, we celebrated and spent time with family, but getting away from racing means you’re hungry to get back in the car.

I have a whole different approach this year. I feel a lot lighter. I’ve worked my whole life to get number one and now it’s time to enjoy it, and actually go racing.

Winning the title has given me confidence. I want to get back in the car and defending is a whole different approach.

For once, I’m going into the year knowing ‘you need to do this to win’. It’s not ifs, buts and hindsight.

Like it or not, there’s always been an element of doubt, after trying for 10 years. We’ve always gone into the season runner-up or third, but this time the belief is there that we can do it again.

Winning one championship is bloody tough – I tried for many years just to win one. The category is so tough, with so many good drivers and teams you’ve got to be so good for such a big part of the year.

To back it up, I won’t say will be harder or easier, it’s the same. You’re turning up for another year, and it’s going to be another hard season.

If you go back-to-back, you become a big face of the sport – you look at guys like Jamie Whincup who have won multiple championships and it’s a pretty big effort.

You get one and you feel pretty special, but once you’ve got Bathurst and the championship, there’s still plenty to race for. You’re absolutely not complacent with one – you’re turning up to win another. Once you’ve got it, you realise how much it means and how cool it is – you don’t want to lose it.

It’s going to be a tough year because of a few factors.

Triple Eight is always going to be good, and now Shane van Gisbergen has gone there.

I think the equipment he had at TEKNO was quite good, but going there, the way the team runs, he’s going to feel more confident. He will have to deal with all the promotional activity and the commercial side though, so it’s not just an easy swap. He’s got expectations on him now and he’s got great teammates to benchmark off. They’re going to be competitors, but at the same time, going to that team is not as easy as some people might think.

I think HRT will be reasonably strong, given there’s more soft tyre races – they’ve been better on the soft tyre than the hard tyre.

DJR Penske will really step up; they’ve had a big spend in the off-season with drivers and personnel, they’re going to be very competitive.

Volvo’s now got two strong guys, there’s Nissan – you could rattle off the whole field really, it’s very open, but the main contenders will always be the same people. I think our team has got a good chance as well.

Around testing everyone’s telling the story but you get to round one in Adelaide and it’s the same people locking out the same spots.

If we can beat Triple Eight, we’ll be up there somewhere.

There’s no reason we can’t go back-to-back this year – we’re turning up to race, we’re not turning up to show off the number one. We’re here to defend it – that’s the mindset.

We believe we can win it.