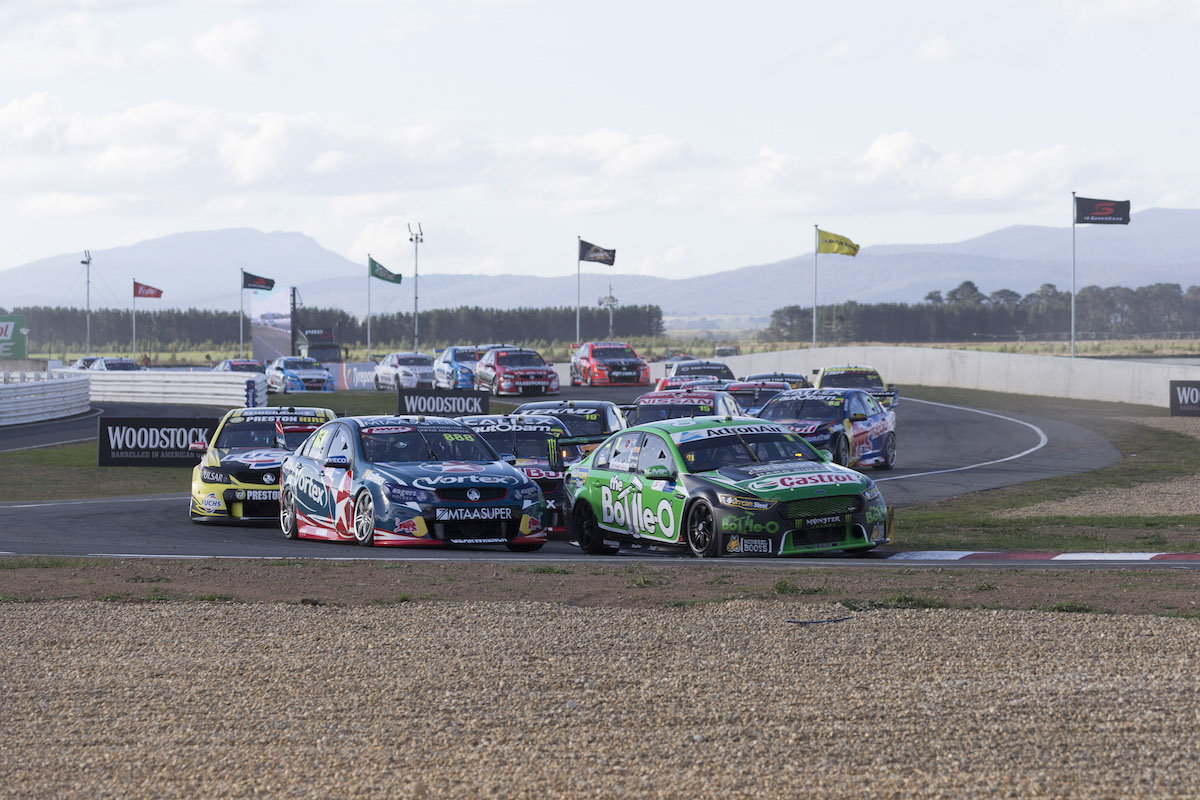 Supercars 2015 champion Mark Winterbottom writes exclusively for supercars.com, tackling the hot topics as he mounts his title defence. This time, we asked him to detail five changes he’d like to see in Supercars.

As a category, I think Supercars is in a great place. The racing is better than ever. But in a perfect world, there are things that would be pretty cool to have. This is my dream scenario – if a genie popped out and said you could get what you want, without considering additional costs and the like – to make the sport better, safer and more of a spectacle.

Everyone talks about a supersoft compound tyre. I like the idea, but I believe if you qualify on that tyre, you should start the race on that same tyre, as we see in Formula One.

At Perth, for example, If we were able to choose between two compounds for qualifying you would see drivers qualify on both compounds, so you might actually see some qualifying positions compromised because of the race.

I think it would be cool to see tyre strategy in the race – ultimate glory in qualifying versus what can win you the race. Saving supersofts for the end of a race would win you the race if a safety car is deployed. That would make very good racing, because that’s effectively what you saw last event in Perth by having two stops versus three stops, and I thought that was a really cool race.

Let’s not just go, ‘here’s a supersoft that fixes everything’. We should actually have the format to make the supersoft effective, not just a new tyre. Use it strategically and this will achieve better racing for the fans.

When I raced in Brazil they had push-to-pass on the cars and it was very good.

You can only use it once every two minutes and you get 13 uses per race.

It was actually really cool to see the strategies involved – saving it and when to use it. It’s about half a second in lap time, so it’s quite a good thing.

You see guys use it at the start of the race and then guys choosing to conserve; I enjoyed using it.

It’s got a five second delay, so you can’t just press it and react to someone passing you – you’ve got to have pressed it pre-empting it. You miss the opportunity on that lap, and they get you the next lap and use it. But then the flip side is the other guy is going to have it a lap later.

Then, if you get caught racing one guy, in five laps time a guy you weren’t racing two cars back rolls up to you with 10 more in his pocket and can pass both of you.

Again, it’s a little bit artificial, but you’ve all got the same number of opportunities, so no one is advantaged by it – you have to use it properly.

Wouldn’t it be an amazing spectacle? It would be a big investment in the lighting system – potentially one of the big lighting companies could sponsor it, and we could have a couple of night races.

Saturday night would be really cool to go racing at some venues – Adelaide under lights or Townsville under lights. Attendance-wise you might potentially get more people.

In night racing, the cars look amazing, they look good under lights, they look quicker, they look like more of a spectacle. Street races under lights would be similar to the Singapore Grand Prix.

The Virtual Safety Car is a must for our category. As a driver you never know when there’s a crash and you know you’re doing the wrong thing (driving at speed under yellow). Everyone does it – the race to the pit lane under safety car is a chance to pass your competition, but it’s just far too dangerous.

So if a light flashes on your dash similar to what Formula One has now, you press the safety car button on your steering wheel and it instantly cuts the engine to a certain speed – that’s the only way to ever manage safety and getting an advantage. This is a must for our sport.

The other thing I think would be cool would be a lap tower like we have at Bathurst at every race, so fans can view the tower that has positions and lap charts – something pretty similar to what they do on TV in terms of gaps to leader.

That way people at the track can see the positions, so people know exactly what is going on as it can be a little confusing sometimes.

If it was a mobile tower you could transport it round to round and the fans would benefit.

I know they use it in NASCAR. Unfortunately this isn't cheap and someone’s got to pay for it all!