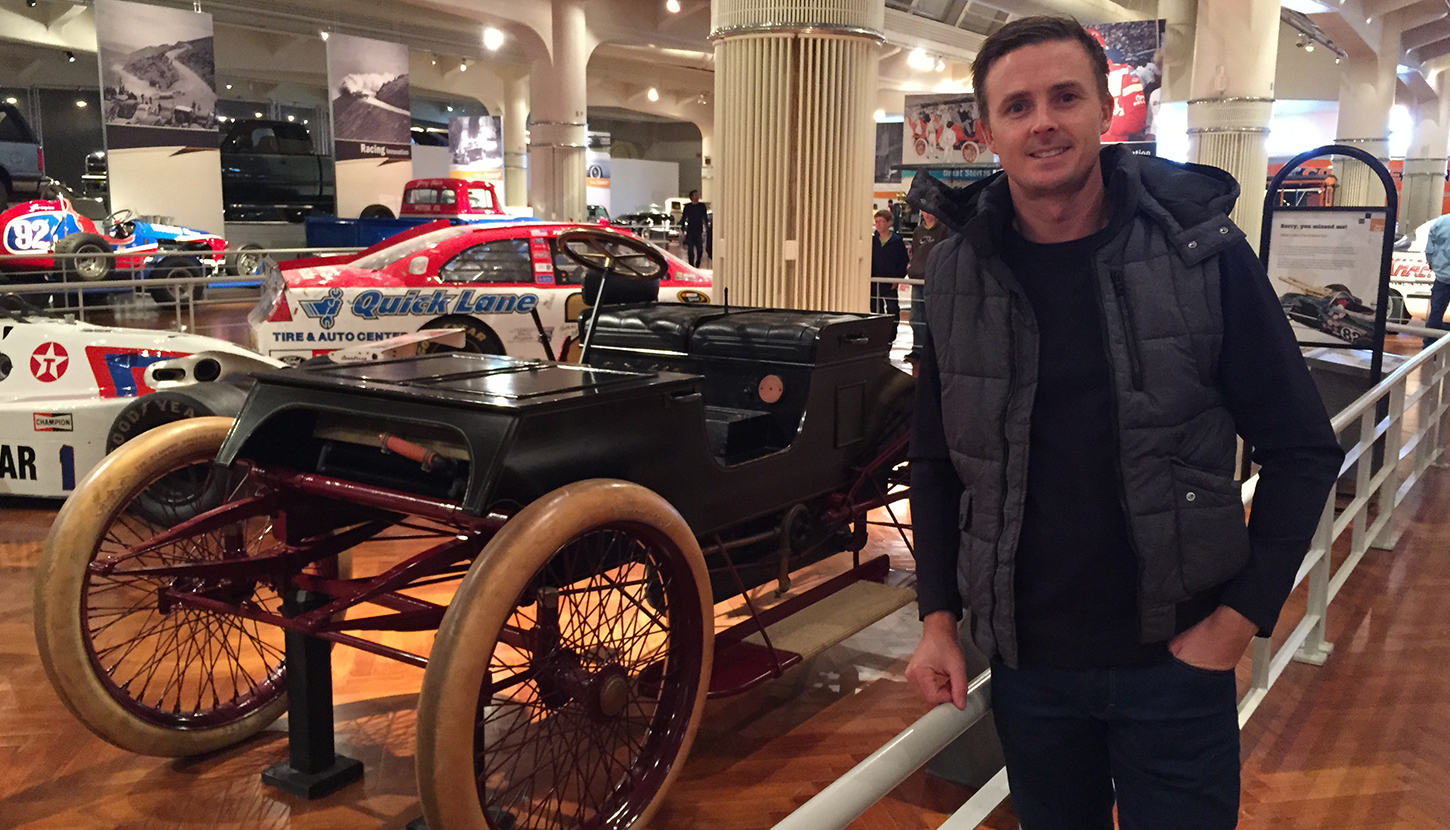 V8 Supercars 2015 champion Mark Winterbottom writes exclusively for v8supercars.com, tackling the hot topics as he mounts his title defence. This round he explains why his V8 Supercar is one-up on a NASCAR, after coming so close to driving one in a recent USA trip.

It was the sort of trip that was really well planned – and then it rained out, started snowing and was kind of frustrating.

On Monday after Tasmania I went over to the United States for The Bottle-O with [team owner] Rod Nash. They had a supplier’s conference, so all the big hitters of the Australian alcohol industry were there.

The Bottle-O ran surprise activities during the day and one of them was a NASCAR drive on Wednesday. Richard Petty was bringing a heap of cars up to drive at Chicago Motor Speedway.

But when we arrived in Chicago, it was snowing – the first day, the second day and then it was pouring with rain the day we were going to drive so it got called off!

We were gutted – that would’ve been the first time ever in the NASCAR, and it got rained out.

I’ve never driven one before, so that was going to be cool. It was just a customer car, and The Bottle-O suppliers were going to drive them as well.

They transported the cars to Chicago, so it cost a fortune – everyone was pretty pumped about it, but we woke up and it was torrential rain!

They’re not like our cars – we just bolt wets on and away we go. They just shut down, so it was really disappointing. It would’ve given a feel of what NASCAR could be, so it was a shame.

I always wanted to drive one just to see what they’re like, because they’re the closest thing to what we race, and that would’ve been the easiest way to do it. On an oval is a pretty low stress way to do it, it’s not a test or anything.

I’ve always wanted to do a Nationwide race or XFINITY on a street circuit. But when you hop in the cars and see them, they’re pretty average compared to what our cars are. They are a true stock car.

You have all these ambitions to drive them and then you look at your V8 Supercar and it’s ten times better than what their cars probably are! But it would’ve been nice to drive one just to see what they are like.

The oval is the thing that would’ve been cool to see – how they go around corners that are that banked at that speed. It’s something we never do, a banked track. So it would’ve been good, but weather is always a killer in that sport. It rains every time you’re going to get a gig!

Thursday we went to check out the Henry Ford Museum (in Detroit). We technically went to head office, met the global PR of Motorsport for Ford – he said hello and he followed my career for a while. 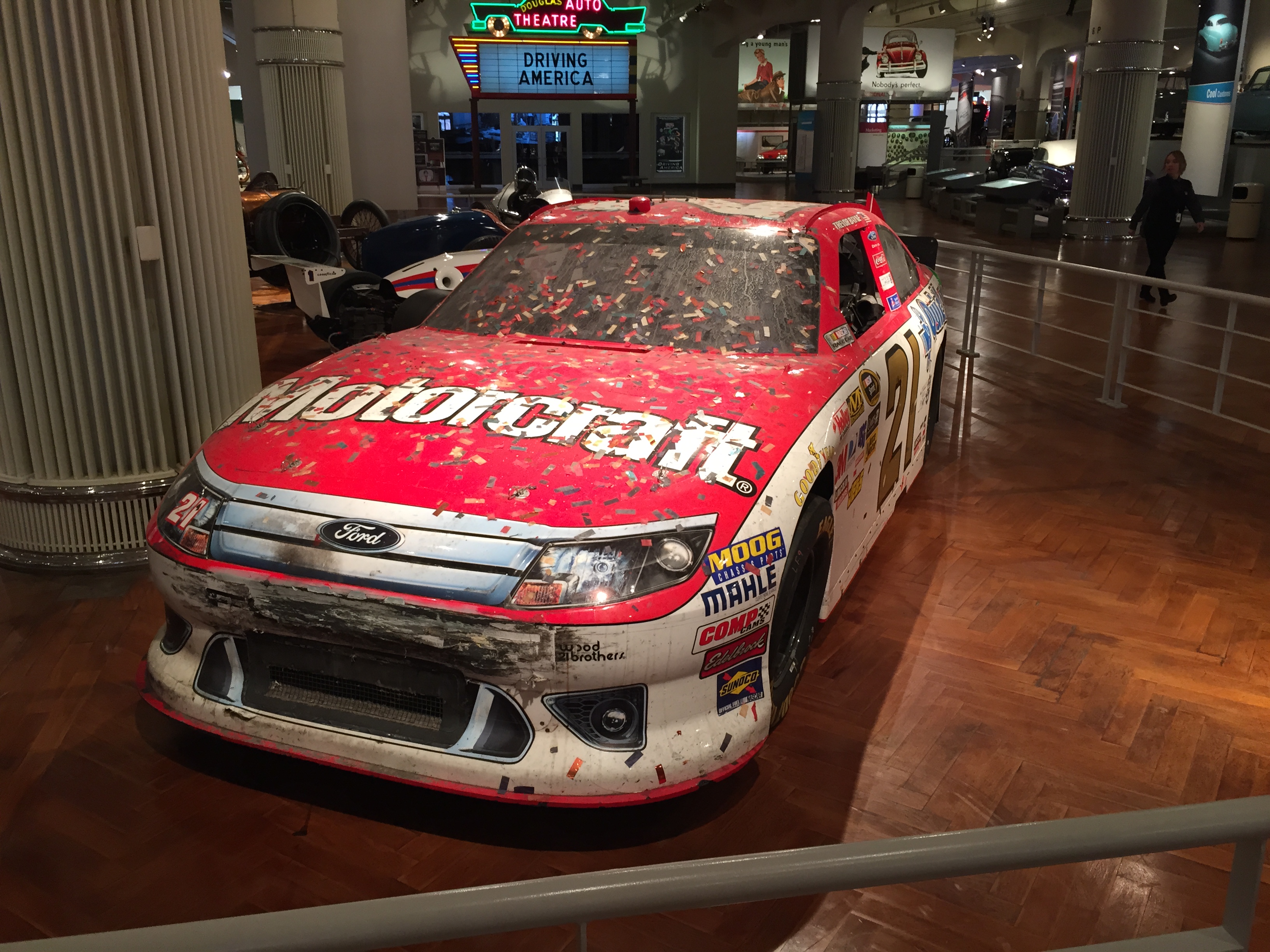 We checked out all the history – Henry Ford’s first V8, Trevor Bayne’s Daytona winning car from 2011, the first race car Henry Ford built. Back in 1901 he built a car to race against one of the other car manufacturers and he actually won, so it’s a piece of motorsport history.

The museum has got everything through it – automotive, trains, aeroplanes – but we were more focused on the motoring part.

We said they should have a V8 Supercar there. It’d be pretty good to have one there because they’ve got pretty well everything else.

So cool to check out the Henry ford museum today. So much history on display! pic.twitter.com/paYZFFB0k8

I’m looking forward to the weekend at Phillip Island and getting back behind the wheel of my V8 Supercar.

I debriefed on the Sunday night of Tasmania with my engineer, because we flew to the US Monday morning straight away. I sat next to him on the plane from Tassie to Melbourne and gave him a hit list of all that we need to achieve.

Tassie really highlighted an area that needs fixing and where we’ve been deficient. You need to target the same area – it’s really clear where the area is and at least we’ve tried things to tick it off and we’re pushing those guys now to come up with new direction. If we can find it, our car’s going to be a chance.

Hopefully we can get on top of it – we’ve got a big list to try.

Last year we were quick – we’ve qualified on pole and have the qualifying lap record at Phillip Island. So we’ve got a really good qualifying car, but in the race we got beaten pretty hard last year by the Triple Eight cars. They were ridiculously quick, and the Volvo was quick as well.

We’ve told the team exactly what we need to focus on, they agree, and hopefully we can fix it and it’ll help every other track as well.