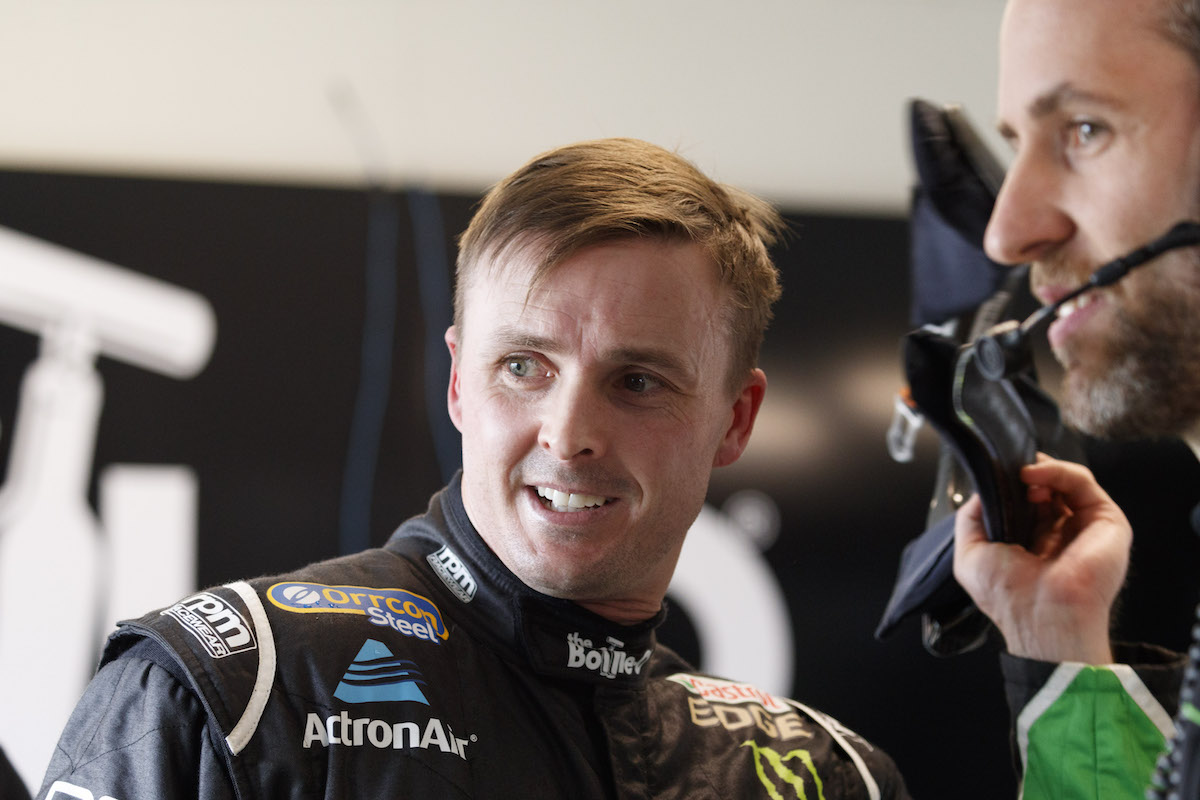 Mark Winterbottom will line up at the crucial February tyre test with a different voice coming through the radio to his Supercar.

The 2015 Supercars champion has revealed he will not team up with Jason Gray this year, after the title-winning engineer left Prodrive Racing Australia at the end of last season.

At this stage Winterbottom is unsure who will join him on The Bottle-O number five, as Prodrive boss Tim Edwards and head of engineering Nathaniel Osborne work through the various options.

“We’ve got changes coming on board for this year – my engineer left at the end of last year, so I’ll have a new engineer. I don’t know who it’s going to be yet,” Winterbottom told supercars.com.

“So there’s change in the team as well that we have to try and get on top of before we worry about the (new) tyre construction.”

Winterbottom praised Gray’s loyalty – after spending seven years with PRA and two years running Winterbottom’s car – and revealed that keeping engineers in the sport was a significant challenge for teams.

“He was really loyal, I had him for a long time but better opportunities come, with a better lifestyle,” Frosty said.

“He had an opportunity earlier and he saw out the year, which shows a lot. Some would just up and leave but he has been very loyal. He stuck it out, and will go and do his thing now.

“It’s a loss for the team … but we’ll look at what opportunities are out there.”

Success could sometimes be a curse, Winterbottom said, because once staff achieved their goals in the sport they were ready to move on to new challenges.

“The biggest problem with our sport is when you have a win or achieve something you can lose a lot of people,” Winterbottom said.

“A lot of them are driven by results and once they go, 'tick, we’ve achieved that', they just move on … engineers don’t earn what they’re worth and they work more than they should.”

While Red Bull Racing Australia has plenty of success on-track it is what happens off-track behind the scenes that also gives them an advantage – Winterbottom praised team owner Roland Dane for his practices and ability to keep people engaged and part of the team.

“That’s what Triple Eight do really well – they pay well, look after their staff, have a very small turnover rate. They do that very well … that’s why Roland is such a good leader, he has a high retention rate, which is rare for our sport.”

After close to eight years in Supercars earning a Bathurst win, drivers' championship and almost 30 race wins with PRA, Gray is ready to spend more time with friends and family.

"Despite the glitz and glamour, motorsport is not an easy career," he told supercars.com.

"I loved my time in Supercars but am happy to be moving on to another career.

"I wish the PRA crew all the best for 2017 – I'm looking forward to watching them from the couch in my lounge room with a couple of beers."

Prodrive is not ready to reveal its engineering line-up for 2017 yet, but all four drivers are locked in with Cameron Waters returning for his second Supercars season, and Bathurst winner Chaz Mostert pairing in the second team garage with Jason Bright, who brings his REC (Racing Entitlement Contract) from Brad Jones Racing this year.

A number of teams are expected to start the season with changes to their engineering line-ups, which will be revealed in due course.