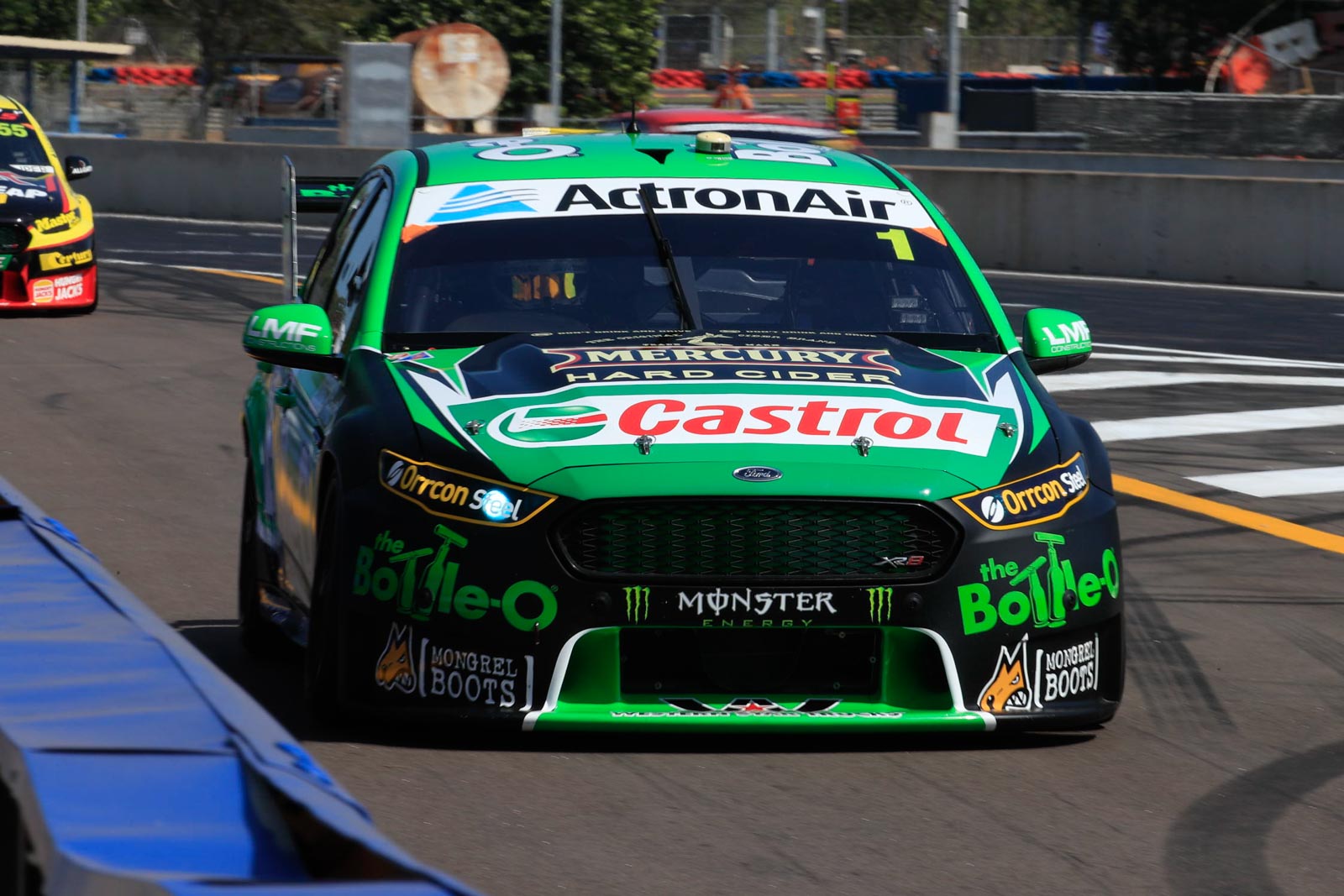 Supercars 2015 champion Mark Winterbottom writes exclusively for supercars.com, tackling the hot topics as he mounts his title defence. Frosty believes this year’s enduros will have a bigger impact on the championship than ever before, but he isn’t worried about taking home the #1 quite yet.

It’s funny our sport, the way it can change week in week out. Normally if you have a bad round your confidence is down, but I actually feel really good about Sandown this weekend.

We need to have a good result – one more bad one and we’re in a bit of trouble. But if Sandown’s good to us like it has been in the past, we’re definitely back in it.

I’m not ever too worried about the championship, to be honest.

Sydney Motorsport Park was a tough one results-wise, but it’s not a big confidence killer – you just have to come back, back yourself, back the team and I know the car will be good at Sandown, it’s a track our cars do like. Confidence can go quickly but can come back just as quick again – you qualify pole and instantly feel good about yourself again.

Teams have stepped up since last year no doubt, so we’re not expecting to just finish 1-2 like we did in 2015.

We lost a big chunk of points at the last round, but the test day after was really good – we improved the car, changed the balance and went quicker – but we’ve used all our test days now, so it is the run home, there’s no more things you can try.

It’s come quick – after the enduros, there’s two to go, so she’s almost over.

These next couple of races are massively important – they will decide the championship. Normally you’ve got three or four rounds after but that’s not the case this year, there’s very little opportunity to make points up after the enduros.

The championship could be won or lost in the pits – you’ve got guys up against each other that potentially could queue.

There’s some really good combinations out there, and qualifying is one thing, but the way the stints are you can qualify pole and then hop in the car well out of position, it’s more an even playing field and definitely possible to see different winners up there.

It’s going to be a really interesting one to see who does what. All the speculation around co-drivers goes out the window – we’ll see who’s got the goods, who is struggling, and how everyone goes.

This year’s format can change race strategy. Last time, all the co-drivers started. Now with the three compulsory pit stops and the soft tyre, it could completely change. We could see a lot of co-drivers racing main drivers – there’s lots of different scenarios now, where before it was a straight out race where it forced them to race co-driver on co-driver.

The soft tyre is the key.

In the past, we’ve seen Triple Eight notoriously save hard tyres for Sunday. They normally use four tyres in the co-driver race, two tyres in the main race – if they do that on softs you could see them back in the 10, so do you risk that now?

There’s lots of scenarios that are going to play out – drivers and car speed are one thing, but strategising is more important than ever going into this year, because being on the right tyre at the right time is going to play a massive part.

You can lead all day and lose it with one to go through safety cars and strategy – through no fault of your own effectively. The hard tyre really was pretty straight forward, so we’ve got to work harder to win this one, for sure.

There’s lots of combos and scenarios that can win this race, it’s very open.