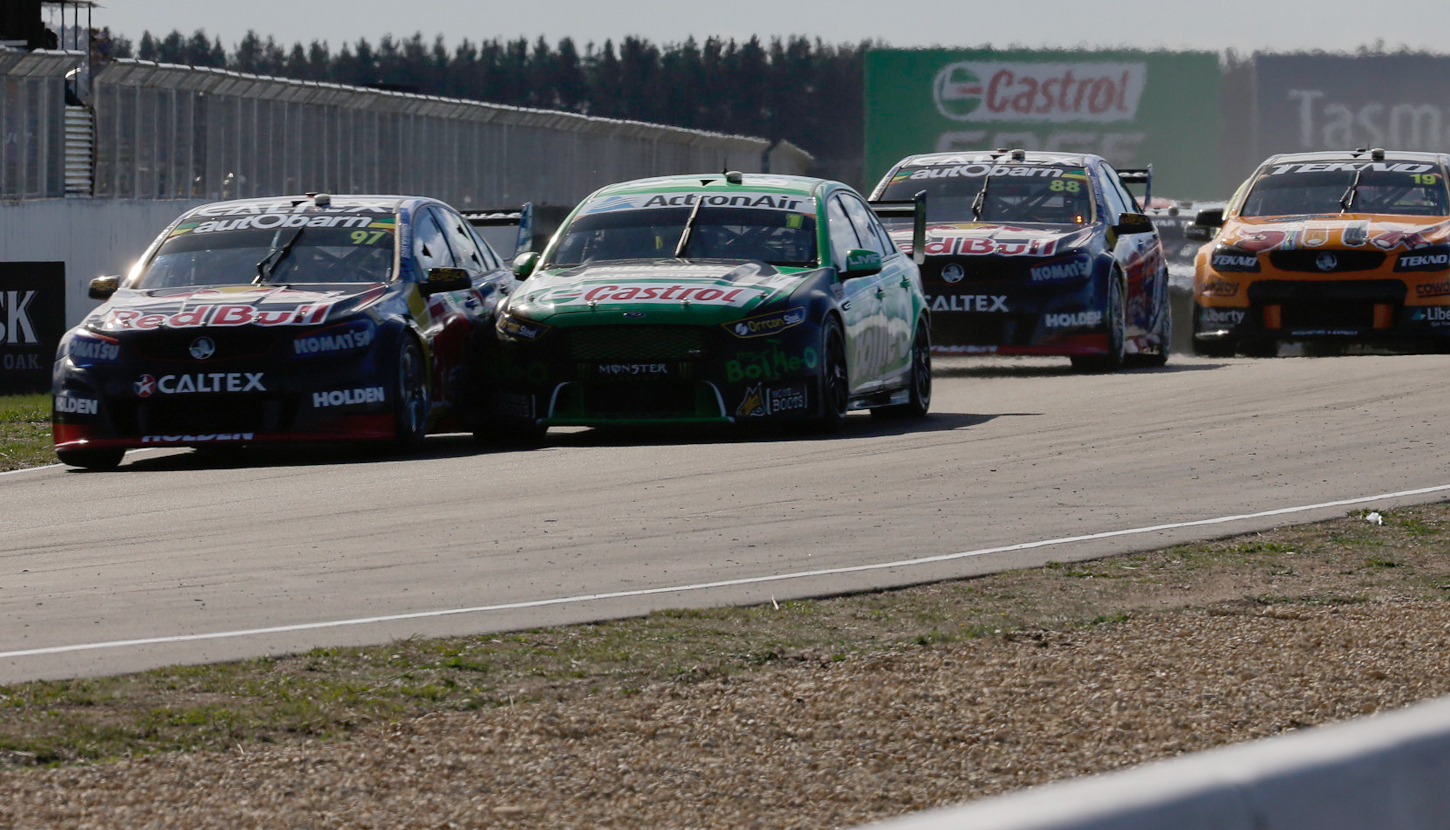 It’s difficult to say Championship leader Shane van Gisbergen will be feeling a certain way heading into the Castrol Gold Coast 600, but I can relate his position back to how I was feeling this time last year.

Now, everything is getting micro-monitored – you don’t want to lose points at any time of the season, but at this point it gets magnified and pressure goes with that.

Out of Bathurst van Gisbergen has come away with a healthy 139-point lead, and it’s like I had last year after Sandown with Chaz, your biggest competition coming from within your own team.

They’re racing each other, but they have the same equipment – they can monitor each other’s progress and know who’s doing what. They can both see exactly what’s going on inside the team, so I’m sure the focus will be on each other because they’re the two clearly in the best position to win this championship.

They’ll be monitoring each other and I’m sure a few mind game will kick in.

You’ve got a guy who’s won it six times versus a new guy in the team who obviously has massive amounts of talent, but there’s different strengths and weaknesses going on.

I think a double stack could turn this championship on its head and the team is not going to favour one person.

At the Gold Coast last year, I was able to be more relaxed because I didn’t have the boom issues they’re going to deal with. So I could qualify the car, drive it hard but not risk it.

But this championship is going to be won and lost in qualifying in the next three rounds I think, purely because they’re fighting for a boom. At the Gold Coast, for the last six years we haven’t had a race without a safety car, so it’s inevitable they’re going to have to pit together.

In qualifying, I’m sure their nerves will be high because they know the stakes – they’re going to have to do big laps. There’s going to be a lot of pressure as it’ll be a big focus to get the boom position. Scraping your mirror is fast but damaging the car is not, so we’re going to see who gets the best out of the high pressure situations. You do a better lap than the next guy, you get priority.

There’s a lot that plays out that’s going to be cool to watch because there’s lots to manage inside the team.

They’ve done that very well in the past but now they’ve got two guys who are very good qualifiers who have the potential to do amazing laps against each other. Although they’ve had issues in the past, Jamie’s qualifying record had been far superior and you’d always see Craig get hard done by when they were head-to-head.

A lot has been made of my ongoing rivalry with Whincup, but this is different because he’s against a guy with the same equipment – that changes the play because the strengths and weaknesses between teams would always be track to track.

He’s always been aggressive because he knows the car and everything underneath him has been very good – but now he’s trying to do that against a guy in the same equipment, who races incredibly hard and it’s going to be really good to watch.

That’s why I think those qualifying laps are what’s going to make or break it because in the race they have the same tyre life, the same car handling, the same motors, the same pit crew – same everything – so the strengths he’s had in the past, they’re wiped clean.

The tracks coming up have been Shane’s strengths in the past, but when you’re against someone who’s done it six times and you’re trying to win it the first time, it puts the ball in Jamie’s court. He’s got nothing to prove and he drives that way.

I know from last year trying to win my first one, the media and the hype is tough. You really do go through a lot of emotions to try and get it done because you might only get one opportunity to win it.

If THEY get too focused on each other the next bloke creeps in, so it’s a good championship to watch – who’s strengths, who’s weaknesses, will prevail?

Since the enduros, I’ve scored about 15 points and both dramas were nothing to do with me. It’s hard to lose that many points given how competitive the championship is.

It just makes me appreciate last year more – when everything goes right, you realise how quickly it can turn. But we’re ok, we just need to work out what happened with the brakes because it was pretty average to blow the rotor and go in the gravel the way we did at Bathurst.

We’re confident we can bounce back, get back on the podium. Everything’s alright at our team, we just want to get a result again, that’s our focus at the moment.