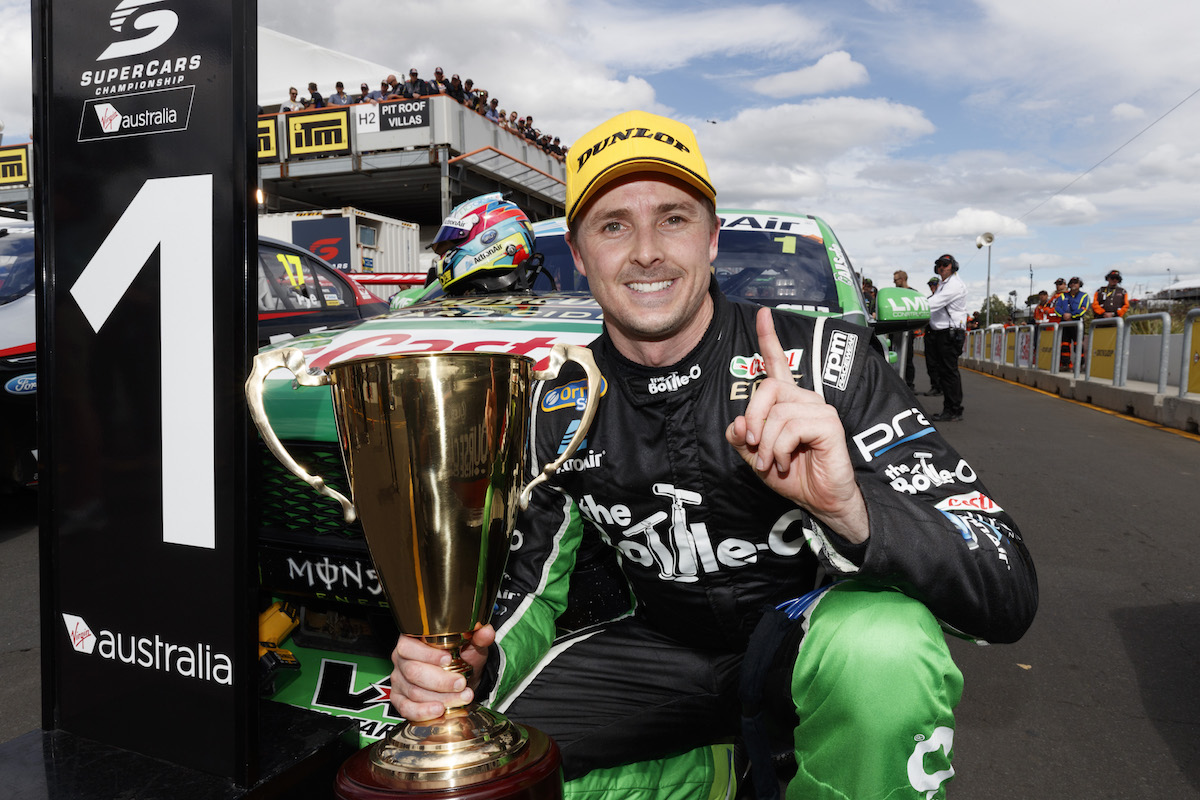 Supercars 2015 champion Mark Winterbottom writes exclusively for supercars.com, tackling the hot topics after earning the #1 last year. Frosty says goodbye to the circuit where he earned the ultimate prize this round, though he is looking forward to taming Newcastle for next year’s finale.

It is going to be sad running the last race with the #1 – you work so hard to get it you don’t want to let it go. But there’s a reason we’re letting it go, we weren’t good enough. You’ve just got to try and work out how to get it back now and the Red Bull guys have been a dominant force this year, so you try and work harder to get in front and try to win it back.

It’s sad, but at the same time we realised how good it was, so we need to work hard and make sure we put it back on a car at our team. It took 12 years to win it, so hopefully we don’t take 12 years to get it back.

The Sydney Olympic Park event has always held a special place for me – growing up in Sydney I always wanted a marquee event at home, and I think it has been really good for the sport.

I think it took Supercars to a new level and did everything we wanted it to achieve. I’ve loved it but after seven years it’s served its purpose and it’s time to move on.

It has been good to see some big races there – the finale suited that track as well, because it’s just physically tough.

You want it at the end of the season because if it was round one you’d see a lot of drivers in a lot of trouble! The physicality of it is the hardest thing, and it really is never over until the last lap, even when you’re going for a championship. If you’re in championship contention, you just want to go to a straight-forward track like Eastern Creek or Phillip Island where you’ve got very low risk. We’ve been to Sydney, scored zero points in both races, so it produces a real nail-biter finish.

It is brutal – every time you hit the kerbs at turns two and three, and rub the mirror on the exit of eight, bounce off the wall at seven it feels like the car is going to break.

It’s the number one in terms of feeling sore and making the car survive and all that stuff.

This year after a three week break I think people are going to feel it more – with a little break you lose a bit of race fitness, and if it’s 40 degrees there it is even tougher.

You need confidence in the car because if the car won’t stop the way you want it to, those walls exaggerate and come at you really quick. Friday last year I hated the car, I struggled to stop it; I hit the fence in session one, it was really difficult to drive. Then overnight we improved it and Saturday morning we went P1 in practice and P1 in qualifying.

You can be championship leader or top of your game and dominating but if the car isn’t where you want it to be, it’s a track that brings you back to reality really quick. Thankfully last year overnight we improved it massively and that shows on the timesheets.

That qualifying lap that gave me pole position last year was one of my best moments of the year. When you’re massively under pressure, you need to get on the front row because if you go into turn one in the pack there’s a fair chance you’re going to get shunted.

Although it’s the end of an era for Homebush, the support for Newcastle is going to be at the next level again.

James Courtney, Chaz and I were lucky enough to go up for the launch for the race and walked around the proposed track. People turned up for the launch – it was crazy how a truck rolling into town created so much atmosphere and excitement already.

There’s an airport nearby and it’s only two hours from Sydney, so if you go to Homebush potentially a lot of those people will still come to Newcastle, and then the catchment you get above Newcastle will be huge.

You want big events for the finale, and I think Newcastle will well and truly take the sport to the next level again.

The track looks really good – lots of passing, lots of character. Street tracks are governed by where the road goes but the track being proposed is really cool. I’m hoping they get the layout they want, it should be amazing.