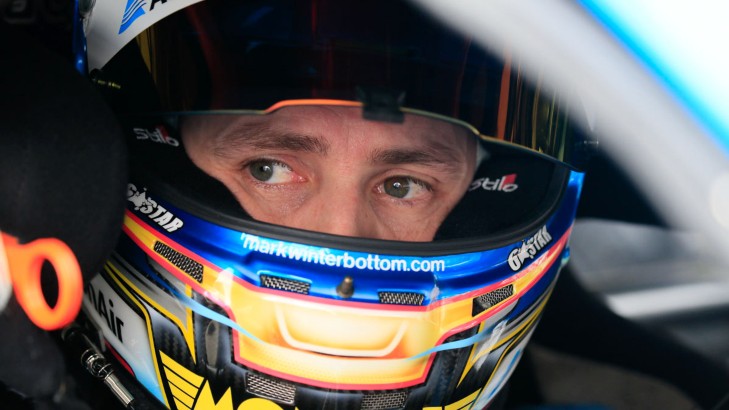 Mark Winterbottom says Prodrive can't get the jitters as it gets closer to clinching its maiden V8 Supercars Championship this season.

Winterbottom had a tough run at the Castrol Gold Coast 600 this weekend, losing 141 points out of his lead over Craig Lowndes with the gap now 258 points.

Today's 11th place finish was not a disaster, but yesterday's pit lane bungle was costly, leaving the team behind the eight-ball and raising questions of whether the team will be able to hold up through the coming three rounds.

"We've got to win races - we've got to put a stop to their momentum because they had a good weekend," Winterbottom said.

"We've just got to not make mistakes. We can't get under pressure, and revert back to our old ways.

"We've got to be confident, back ourselves and just look at the rounds previously and what we've done and not get the jitters.

"It's probably not the jitters, it's just one of those things - but we just need to grab a hold of it and get our act back together because it was a bad weekend from the start."

Winterbottom believes this weekend has put them under "unwanted and unneeded pressure".

"It's definitely frustrating but I don't feel [pressure] as a driver, we just have to fix some other areas."

Winterbottom expressed that he was not paying out on his team - but, at a circuit where drivers risk slamming the concrete each lap, he was disappointed the error came in the pits.

"You've got to back your team.

"I'm not canning them, we just need to regroup, get it together.

"We all want it, we're all desperate to win it, but you can't do things like what happened yesterday.

"You may as well just donate points, that's effectively what we did - we lost this weekend, they didn't win it."

Now the Pirtek Enduro Cup is complete, format reverts back to the SuperSprints, with Winterbottom's future in his own hands.

"The next rounds get easier because the three races, you qualify at the front, I don't hop out the car - you start, you finish, no pit stop for two races Saturday.

"It also spreads over more races so you have a mistake in race one at NZ it's 75 points, so the races are more and the risk is less - so that's the positive."

James Courtney and Jack Perkins won today's race in stellar fashion on the streets of the Gold Coast.