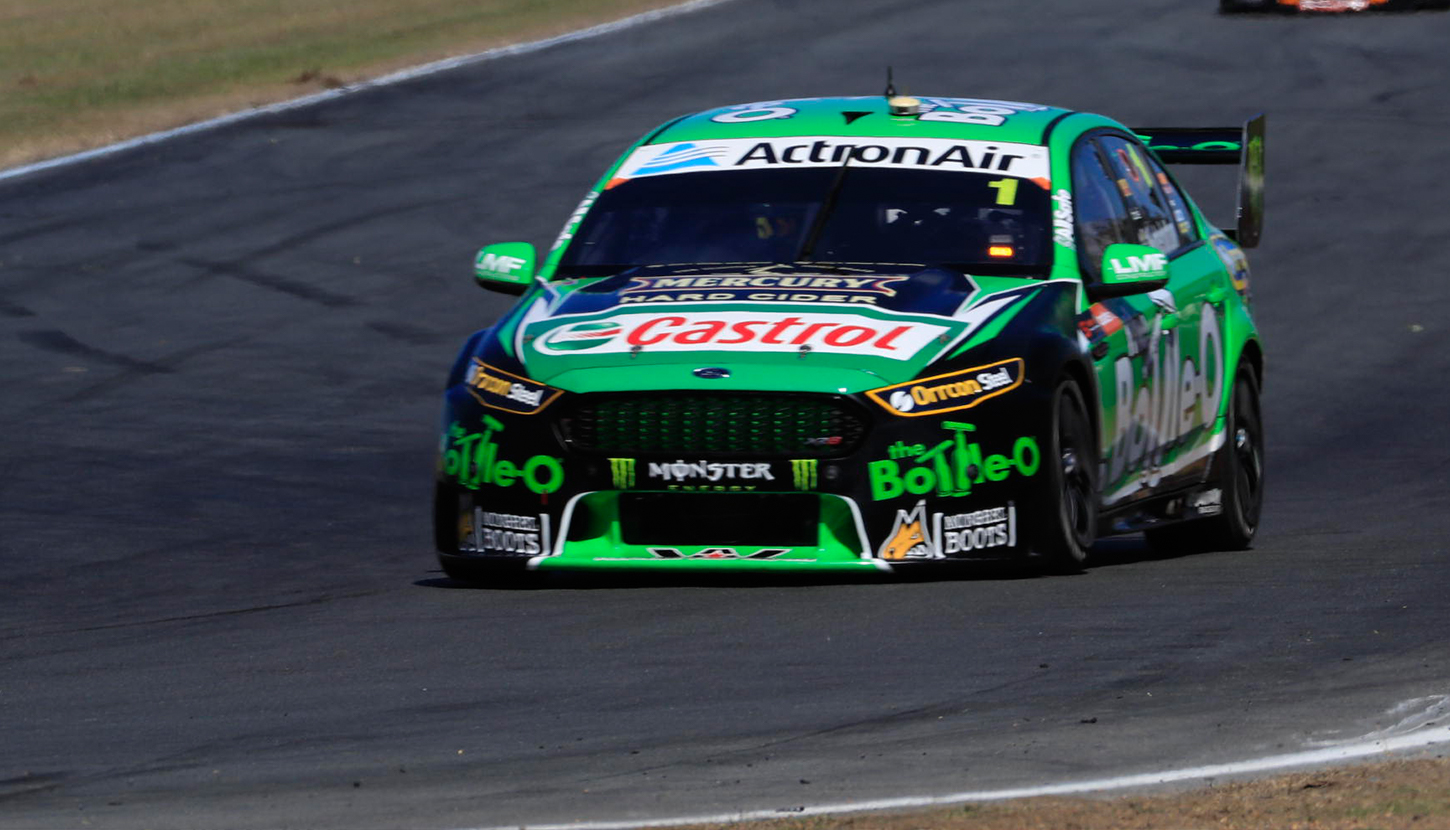 Mark Winterbottom is gearing up for his 400th Supercars race and will line up from seventh on the grid for this afternoon’s 120km sprint.

‘Frosty’ took out both Saturday’s races last year at ‘the Paperclip’ and is tied with foes Jamie Whincup and James Courtney on four wins at the Ipswich circuit.

The Bottle-O racer is proud to have had such longevity in the sport after debuting back in 2003 as a co-driver for Stone Brothers Racing.

“It’s pretty cool to be in it for such a long time,” Winterbottom told supercars.com.

“There has been three races a weekend for a lot of them. You know you’ve been in it for 12 years so you do the maths, that’s up to 400! So it comes pretty quick really.

“It still feels like you’re pretty young and love coming to the track and everything, so 400 starts is a big number but it goes pretty quick.”

Frosty was confident heading into the weekend, but says it is hard to know what to expect this season, which has been billed as the closest in history after 10 drivers won the first 13 races of the year. Townsville – races 14 and 15 – was the first event not to have any new names on the podium.

“This year, you think you’re going to go good at tracks and you rock up and someone completely dominates and it’s not you,” Winterbottom said.

“But we’ve always done well here – Chaz is very quick here too, so together we seem to push each other along really well.”

DJRTP racing to make it