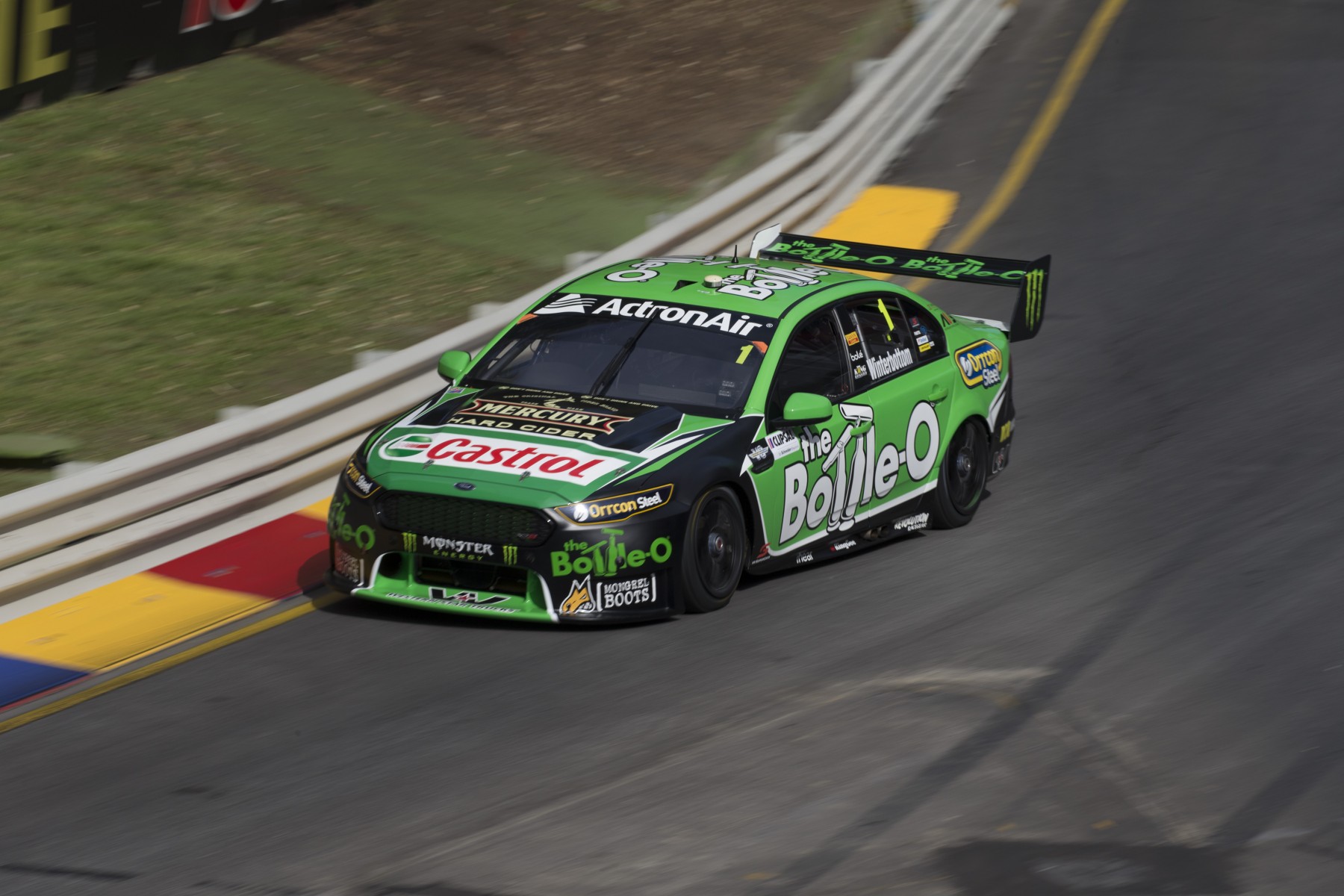 Reigning V8 Supercars Champion Mark Winterbottom says he would be surprised if the Prodrive Ford Falcon FG Xs dominate the Formula One Rolex Australian Grand Prix like they did at Albert Park in 2015.

Winterbottom does not expect it to all go one way this week, tipping multiple winners for this year’s non-championship outing.

The reigning champ won all four races at the Albert Park street circuit last year and with teammate Chaz Mostert locked his competitors out of the front row across the weekend.

Both drivers had learned some of the characteristics of the FG X at the opening Clipsal 500, but really came into form at the grand prix.

Six-time champ Jamie Whincup believes the Triple Eight cars have bridged the gap to Prodrive, and Winterbottom is always mindful of how many strong competitors there are in the field.

“I think you’re going to see multiple winners over certain days, where last year two team cars were on the front row – then you work out how you’re going to start. You both get out of turn one first and second, and it was probably all a formation a bit.

“I think this year will be different.”

Formats at the grand prix are tweaked each year, running rolling starts and a progressive grid.

The biggest difference this time around is running on the soft Dunlop tyre at the street circuit. This isn’t the first outing on the soft tyre at Albert Park, but last year’s was an all-hard run.

“We had a good car here last year and we qualified well, and the rolling start format had the same people going into turn one, it’s very hard to pass,” Winterbottom explained.

“The biggest factor is the soft tyre because it’s high degradation – last year we just qualified well and that dictated the whole weekend.

“This year, we could qualify well but the racing with the soft tyre is going to be harder.”

Winterbottom is interested to see how his Ford Falcon FG X has improved in 12 months.

“We’ll see how far we’ve come from last year, see what we’ve learned but not also disregard last year – we’ll try and put it all together.

“We’ve come a long way but we did have a good car so we’ll try and piece it all together.”

While he has been outspoken about making the grand prix a championship event, his push for results this weekend doesn’t change. In fact, he believes the races could be a good opportunity to kick-start his championship defence, gaining momentum at Albert Park last year after mediocre Clipsal 500 results on his way to the #1.

“We don’t use this race as a testing thing … you try and win it,” he said.

“So we’ve got to make sure we’ve got a good car, use the practice sessions and hopefully just get the car right for qually.”

The Formula One Rolex Australian Grand Prix kicks off today with two practice sessions and qualifying.