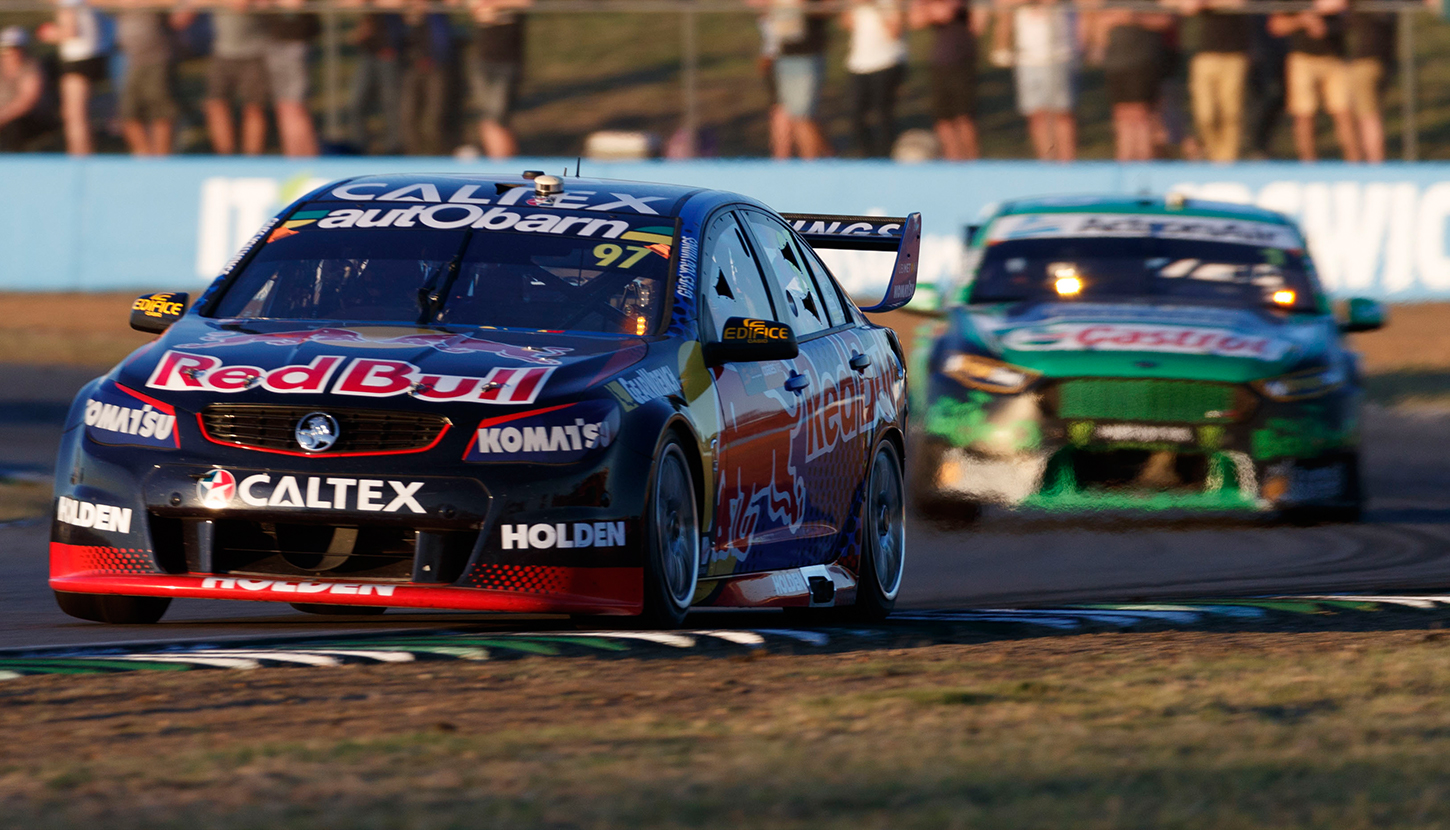 2015 Supercars champ Mark Winterbottom has been impressed with Jamie Whincup and Shane van Gisbergen’s handling of the intra-team battle that has forced them to race against one another so often this year.

The pair were often lining up side by side on the front row, with Winterbottom’s good starts paying off and often giving him the edge over his younger teammate.

This time around, the Red Bull Commodores have seemed in a league of their own at times – and right until Sunday at the last event, the pair has raced flawlessly without detrimental contact.

“It’s been good, they race hard against each other but have good scope on where the cars are – they’ve battled hard all year,” Winterbottom said.

“The biggest thing is the qualifying challenge … some of the laps they’ve done have been mega to get that priority and that side of it,” he added, referring to pit lane priority when two drivers share a boom for pit stops. The drama of double stacking was not present over the weekend in New Zealand, as the format dictated four 100km sprints to the finish, with no pit stops required.

The two Red Bull drivers are tied on six pole positions apiece, with van Gisbergen just one race win up on his teammate.

The ARMOR ALL Pole Award is still in play, which Whincup has won six times (but not all aligned with his six championships).

“It’s been good to watch,” Winterbottom said of the battle.

“You’re always going to have one contact with your teammate or something, and it exaggerates it all, but it’s good to see they still race hard against each other and bend mirrors but don’t bend cars.”

Fighting to jump into third in the Championship points, and help Garry Rogers Motorsport improve to second in the teams’ championship, Scott McLaughlin said it was “debatable” whether such domination was good for the sport.

“At the end of the day it’s motor racing, that’s why – like Mercedes in F1 an all that sort of stuff – it’s always going to have a top team.

“I think at the end of the day when you come out on top of them it’s a good day, you’ve done the right job.”

He wouldn’t give up chasing down Triple Eight’s Craig Lowndes, who is just 22 points away in third to break up the T8 trifecta.

“It’s a carrot, we’re chasing it and they’ve been on top for a long time so at the end of the day they’ve got the personnel and all that sort of stuff to keep it going, so they’re going to be hard to stop but we’ve got plenty of time to try and get that back.”