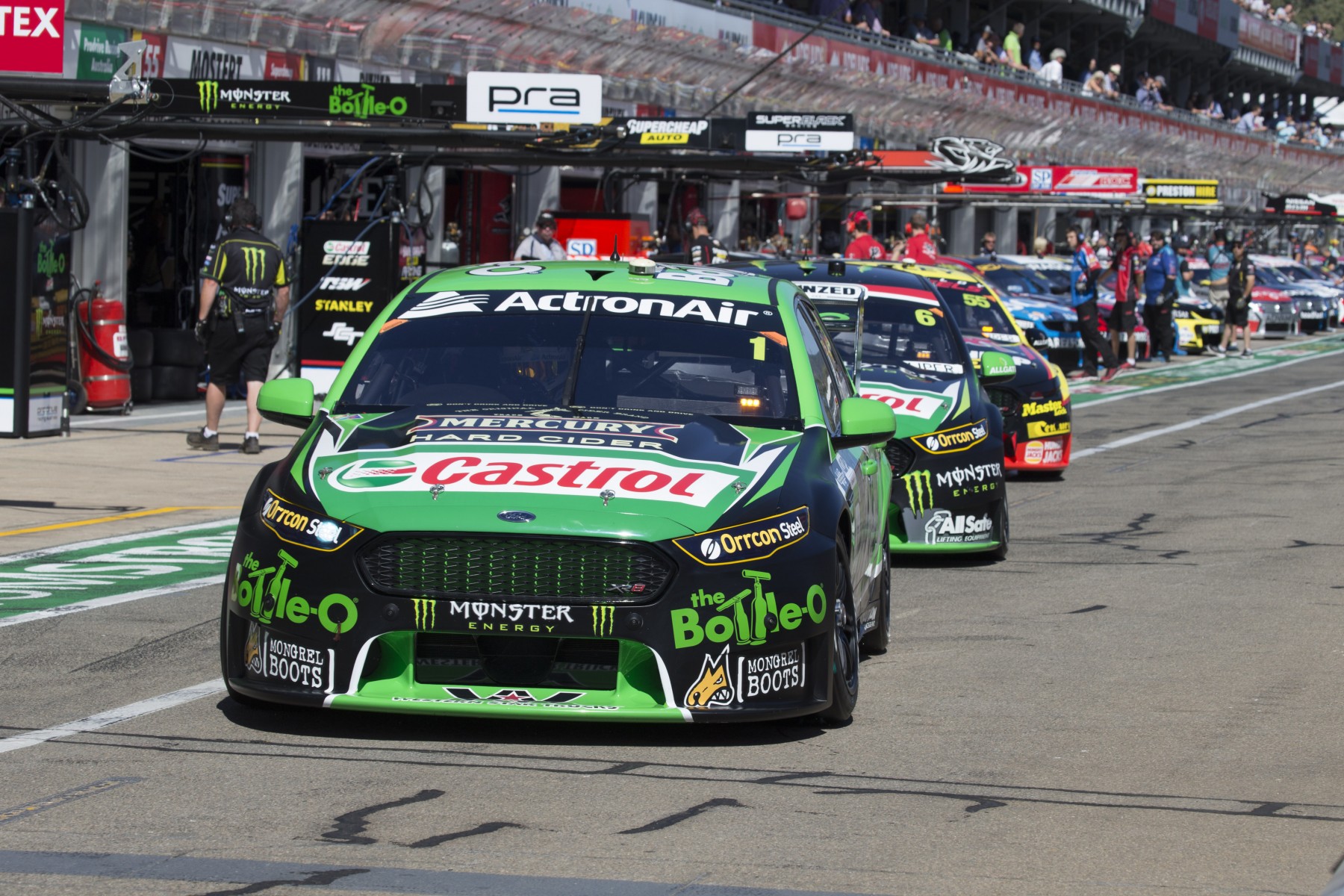 V8 Supercars 2015 champion Mark Winterbottom writes exclusively for v8supercars.com, tackling the hot topics as he mounts his title defence. This round he explains why the new Saturday SuperSprint format will spice up the racing.

With the new SuperSprint format starting in Tasmania, there’s more pressure on Saturday than ever and more reward if you get it right.

I think a change from the two 60km sprints to a 120km race was needed and I think V8 Supercars has it perfect now.

That puts a lot of importance on the race because previously on Saturday you would have two races, 75 points each for a win. Now with one race it’s all on the line.

For me, I think it gives you more incentive to pass cars because the risk versus reward is quite even.

One spot was two points, but spinning a guy around could’ve meant a 25-point penalty, so you’d have to pass a lot of cars to break even. Gain two or risk losing 25 at the end of the year – you do the maths.

Now, regardless of the tyre and the format, the points on offer is a bigger carrot to get the passes done.

The 60km race was often qualify at the front, get a good start and you finish where you are, and that’s not how racing should be.

Having a pit stop in the race means different strategies will come into play. The soft tyre has more degradation – you can qualify a little bit out of sequence and pit accordingly and actually get back in the race.

Some cars will be on better tyres than others, cars will pit early – there’s lots of different scenarios that can play out in the race now, so I think it’s really good. It’s a massive team thing as well.

Now we’ve got one qualifying session and two sets of tyres – if you’re fast enough, you’ll get up the front, which is how it should be.

I love qualifying when the car’s on the threshold, and last year’s format didn’t do that. I was a bit demotivated in qualifying, to be honest – you’d just go out and try and get a lap, get it done, up the front and race from there. This year we’ll actually bolt tyres on, get up to the threshold and go for it.

On our car you have lock lights – it tells you when the front tyre is locking and when it’s about to lock with a different coloured light. For me in qualifying, to absolutely maximise it, you’ve got that light on pretty much the whole lap. You’re absolutely on the limit and you hop out the car with sore hands from gripping on and driving the wheels off it. That’s what qualifying is.

It’s pretty exciting for everyone because the cars won’t be in the pits during the session, the cars will be on track and that’s what it should be about as well.

Qualifying will be great, the race will be better and two days – 150 points each day up for grabs – it all is easier to follow.

I think we’ll roll out well in Tasmania.

Although it wasn’t a great weekend at the grand prix, we qualified on the front row with pole 0.02 of a second away.

The issue with Tassie is it is so close – every corner is worth 20 per cent of the lap, so you get one wrong and half your lap’s gone. You need to have a good lap in qually, be up the front and race hard.

If we can qualify well we’ll have a good weekend – I think we’ve got good car speed. Time will tell.

There are some quick cars now and the straight will favour some teams. We just have to see how we roll out.

We expect to go well, but there’s no guarantee.

Moffat’s vow: we will race at the front