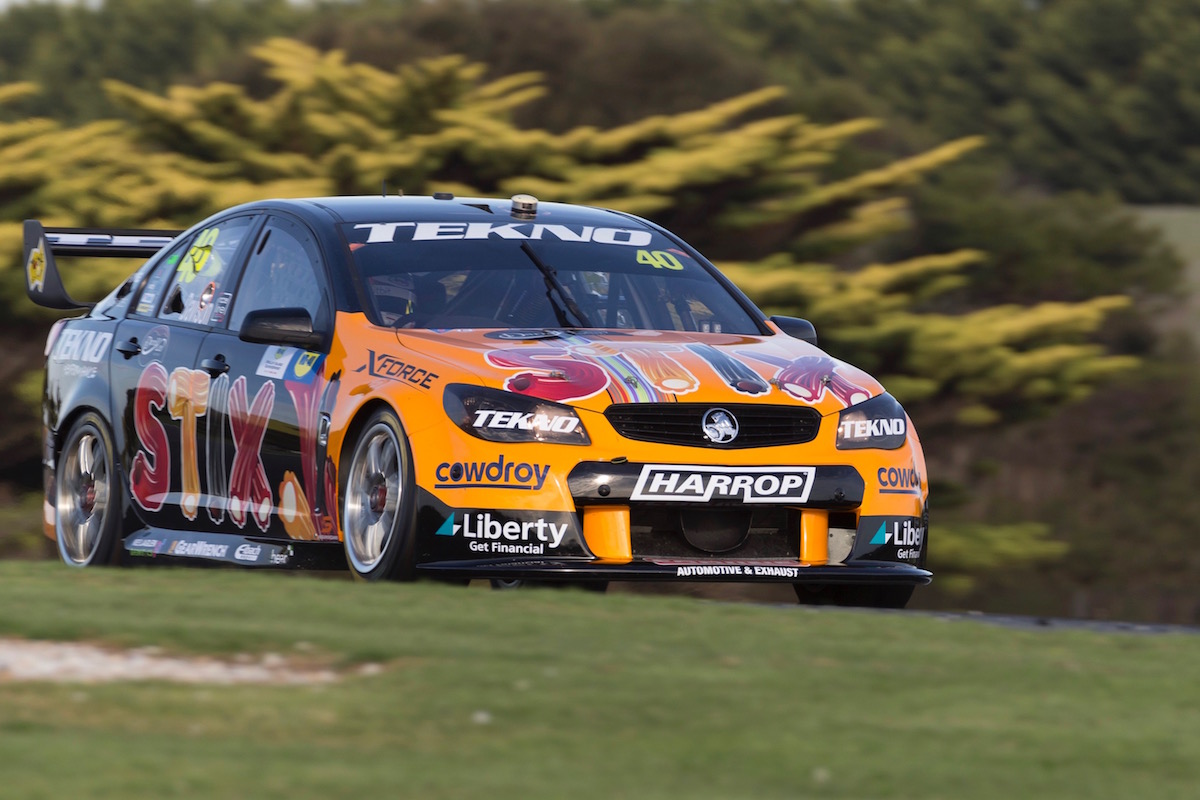 TEKNO team owner Jonathon Webb hopes Will Davison can bring some of his Perth expertise to the single-car team, as the V8 Supercars return to the circuit Davison earned his last race win.

Lining up with Erebus Motorsport last year, Davison scored Sunday victory in an exciting 200km race in Western Australia – his first and only win with the then-Mercedes Benz AMG team.

Barbagallo Raceway has traditionally been a tough track for TEKNO with both Shane van Gisbergen and Webb failing to post top results driving there. Last year van Gisbergen managed fourth, 24th and 14th and has never finished on the podium at the circuit.

But Webb believes a new driver’s perspective may help tweak the Triple Eight car to get the job done.

“I was never strong there as a driver, Shane wasn’t either, so when the only drivers in the group struggle at a certain circuit, you probably struggle to break that trend,” Webb told v8supercars.com of upcoming Perth.

“Obviously Will had a really good run there last year so hopefully he can bring some of his expertise.

“Every year we go there we get that little bit further up the front, we get a little bit better and hopefully Will can make another good step forward.”

Heading to last weekend’s event, Davison was championship leader after winning Sunday’s race in Tasmania. But Phillip Island proved difficult for the team, Davison finishing 16th and ninth and dropping to fifth in the standings.

Webb confirmed the team did not run upgrades on its Triple Eight car but preferred to “keep tuning up what we’ve got”.

“It was a tough weekend, from the time we rolled out on Friday, the car wasn’t really where we wanted it to be,” Webb said.

“The qually car just wasn’t working, but over a long run the boys came up with a good strategy, Will drove well, we were able to move forward both days, but were too far to back to start.”

Tough weekend at Phillip Island but we still managed a solid Top 10 result yesterday. Lots of new things tried in the car & plenty learnt. All good! Thanks to the whole team at @teknogroup bring on Perth! #wd40 #wd40supersprint #V8SC

With van Gisbergen finishing in the top five of the championship the past three years at TEKNO, the team believes it is capable of challenging for the title. Webb didn’t think the Phillip Island performance was a big hit in the stakes, and knows consistently banking points is the way to go.

Van Gisbergen was inconsistent in the first half of 2014 – but that didn’t stop him finishing second overall. Davison is still learning the Triple Eight car, so should find further improvement.

“They’re all important [rounds], but absolutely we’re still a long way from there,” Webb said about the championship.

“We’ll take them one at a time – you realise the rounds pretty early on if they’re going to be good or bad ones and I wouldn’t call this a bad one, but it certainly wasn’t ideal.

“We’ll just make the most of what we had – we’re not rapt with the weekend but we’re certainly not unhappy either.

“We were top 10, still fifth in the championship, less than 100 points from Jamie [Whincup, championship leader] so still smiling for this stage of the year.”