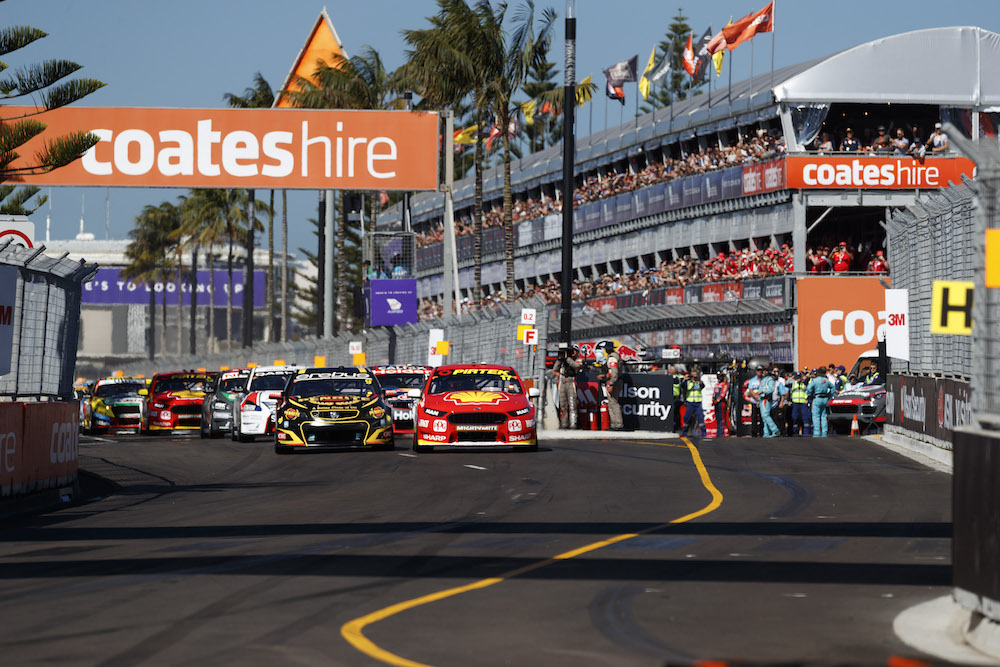 A busy fortnight ahead of today’s season finale has the 2018 Virgin Australia Supercars Championship grid all but complete.

While several seats are yet to be formally secured, there is an unprecedented level of clarity around next year’s grid heading into the final race in Newcastle.

In the past week two of the category's veterans, Jason Bright and Todd Kelly, have announced their retirements.

Today will mark the 574th and 540th championship race starts for Bright and Kelly respectively and, while Bright will return for the enduros, Kelly may be contesting his final race.

James Moffat, who clocks up his 225th start today, and Dale Wood, 155 starts, are also having their last outings as full-timers as they search for co-drives ahead of 2018.

Despite starting the week in a cloud of uncertainty, two-time Bathurst winner Will Davison is set to continue in the championship with the reborn Lucas Dumbrell Motorsport.

With a 60:40 ownership split between Phil Munday and Dumbrell, 23Red Racing confirmed on Thursday it will run a single Prodrive-built Ford Falcon from a new base in Kilsyth, Victoria.

Its second Racing Entitlements Contact is headed to Prodrive, pending Supercars Board approval, where it is set to be run as a fourth car for Richie Stanaway.

In the wake of 23Red’s confirmation that it has sold a REC to Prodrive, Dunlop Super2 team Matt Stone Racing now appears certain to step up to the main series with the REC Bright owns and has raced under this year.

Although currently fielding an ex-Triple Eight Holden in Super2, MSR will run an ex-Shell V-Power Racing Ford in 2018, bringing the number of Falcons in the field to eight.

Hazelwood and MSR are today bidding to win the Super2 title, with the 22-year-old 11 points clear of Paul Dumbrell after winning Saturday’s Newcastle opener.

In addition to farewelling several drivers, the changes mean today also marks the end for the Lucas Dumbrell Motorsport and Walkinshaw Racing teams as we know them.

LDM has run under its current banner since it debuted in 2010 and, while largely running towards the back of the field, its history includes an Adelaide 500 win and Bathurst 1000 podium last year.

*Yet to be confirmed

25/11/2017
Stay In The Know
Sign up to the Virgin Australia Supercars Championship Newsletter
We use cookies to ensure that we give you the best experience on our website. If you continue to use this site we will assume that you are happy with it.Ok