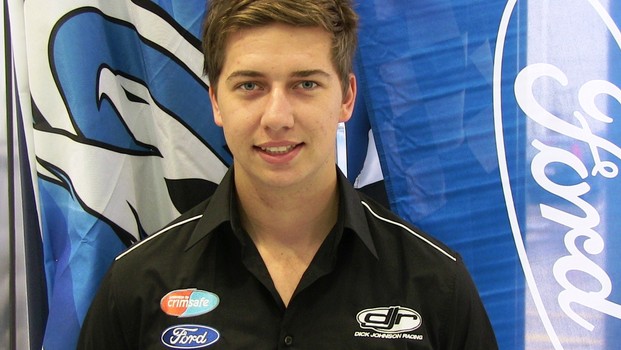 The factory Ford outfit will also extend its technical support of DJR with FPR customer support engineer Adam DeBorre – who already works as a technical liaison with the team – taking on the role of race engineer to Mostert.

Mostert’s maiden outing for DJR in Perth in two weeks will be his main series debut after competing for the last three years in the Dunlop Series driving a Ford.

“I can’t believe I am getting the chance to make my main series debut as I hadn’t expected it this year, but Perth is a great place to debut as I really like racing there,” Mostert said.

“The whole thing is a bit surreal. I’ve been pretty speechless since I found out, though to stay in the Ford and FPR family network is special and to race for the iconic DJR is a dream.

“There will be so many things that I haven’t experienced before as the Championship series is the big time, but the biggest box I want to tick is to show that I am fast enough to belong. I want to learn as much as I can racing with the more established guys.”

“FPR and DJR have been working together closely since the end of last year and having Chaz drive for DJR is a positive extension of our relationship,” Edwards said. ”It will not only help DJR develop their new cars quicker, which is important for all of us, but gives Chaz the main series opportunity he deserves, so I know both sides will benefit immensely.

“While he obviously remains an FPR driver long-term, we know he will be in good hands with Dick, Steve and the team. I’d like to thank Chaz’s current team Matthew White Motorsport for releasing him from his Dunlop Series commitments so he can make this important step in his career.”

“This is the toughest touring car series in the world. We have seen with Tim Blanchard that the grooming the Dunlop Series gives our young drivers is the best path to the V8 Supercars Championship,” Johnson said.

“We have made this change to our driver line up quite early in the season but we know Chaz will be a great partner to Tim and the added input from FPR is the right move for DJR.

“Make no doubt about it; Jonny Reid is a very talented driver. In hindsight, it may have been better to run him through a season in the Dunlop Series, but I have no doubt he will emerge again in this championship.”

“We are enjoying our current support of DJR and I am sure that bringing in a fast, young driver who has a lot of experience driving FPR-style cars will result in improved performance from the team,” McMellan said.

“I understand the decision is disappointing for Jonny, who has been doing a great job, but performance comes from time and experience in these cars. Over the last seven years, we have always supported emerging talent in the category and in Chaz there is a fast young driver who has the rare attribute of experience as well, so this should be an exciting mix.

“I am sure the fans of DJR and Ford look forward to seeing both Mostert and Blanchard move these cars up the grid.”

DJR will stage its first test day of 2013 with Mostert and Blanchard prior to the Perth event.

Chaz Mostert  ›
2013 Chill Perth 360  ›
Stay In The Know
Sign up to the Virgin Australia Supercars Championship Newsletter
We use cookies to ensure that we give you the best experience on our website. If you continue to use this site we will assume that you are happy with it.Ok