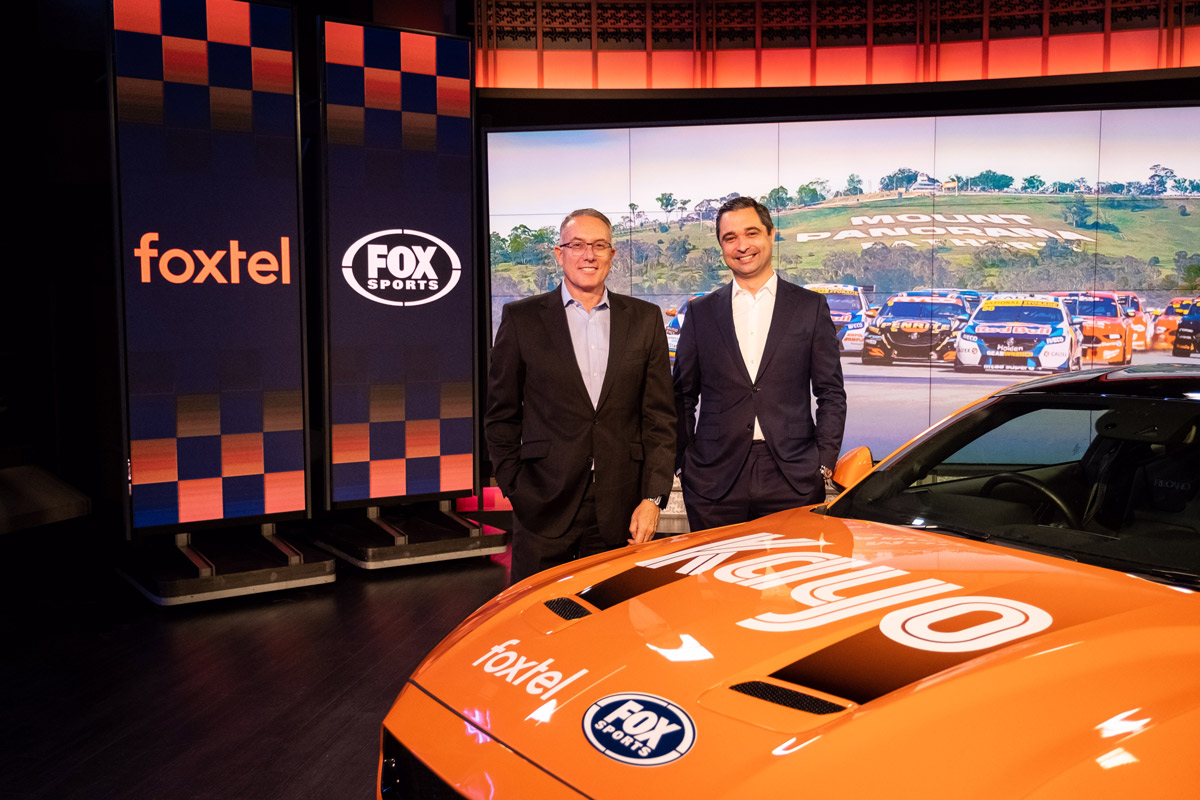 Fox Sports will continue providing fans with unparalleled Supercars coverage throughout the next five seasons, per a new broadcast agreement.

Along with its streaming services including Kayo, Fox Sports will show every Supercars practice, qualifying and race session from every event live and ad-free.

Between Fox Sports and new free-to-air partner Seven Network, more than $200 million in cash and advertising will be tipped into Supercars’ coffers during the next five years, securing the sport’s future.

“I’m pleased to have a new five-year agreement in place for the Supercars Championship, putting our subscribers in the driver’s seat for all the excitement and action of every race,” he said.

“Our relationship with Supercars dates back to 2015, and along with Formula One and MotoGP, has established Foxtel as the home of Australia’s premium motorsport experience while Kayo has opened up motorsport to a new audience of streaming viewers.

“Motorsport has never been more popular in Australia. Overall our motorsport audiences are up by 35 percent this year compared to 2019, with streaming growth for the category on Foxtel Now, Foxtel GO and Kayo up 82 percent.

“Supercars are quintessentially Australian, and the Championship is a core part of our motorsport offering attracting huge audiences in its own right.

“The iconic Bathurst 1000 recorded the highest rating day in subscription television history in 2019.

“While the 2020 season has faced disruptions from COVID-19, the team at Supercars have done an outstanding job of keeping their loyal and passionate fan base entertained and most of all producing world-class competition.

“We are looking forward to bringing Supercars to our growing legion of motorsport fans like no one else can over the next five years.”