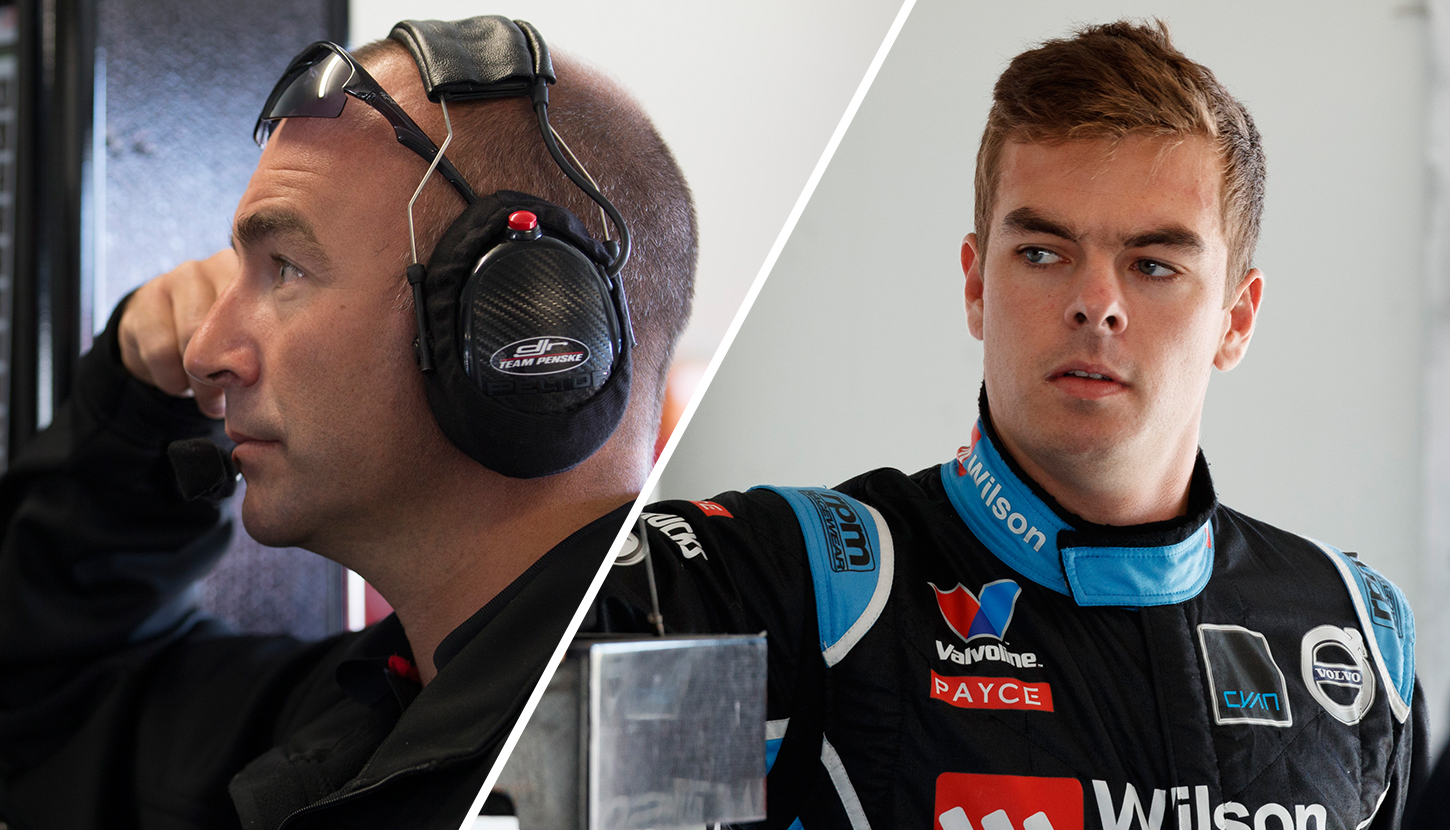 DJR Team Penske today announced McLaughlin would drive for the squad from 2017 and beyond, and Penske president Tim Cindric revealed just how long the US contingent had its eyes on the 23-year old.

Ambrose may no longer drive for the team but his influence has made a difference to the team’s future, with the two-car squad locking in the next big superstar in Supercars in McLaughlin.

“The interest really initially started with Marcos Ambrose because Marcos had mentioned to Roger [Penske] and I, ‘If there ever was an opportunity to sign a second driver at some point in time you guys really need to keep an eye on this kid named Scott McLaughlin’,” Cindric said.

“At that point in time I didn’t know that much about him – I knew that he was in a new Volvo team but Marcos was quite high on what he’d accomplished, the ‘dev’ series and what he’d done. [He] felt like, if we were looking for a young up-and-coming driver, he was the one to look at.”

Cindric revealed he had approached McLaughlin’s team boss Garry Rogers to assess the Kiwi’s availability for this year. The team ultimately elected to expand to two cars, which it has done with Scott Pye and Fabian Coulthard.

“Along the way as we looked to making our driver choice for 2016 I actually reached out to Garry Rogers at that point in time and asked him what Scott’s status was for 2016 and beyond. He made it quite clear Scott wasn’t available for 2016.

“We moved forward then with our signings and created our two car team at that point in time.

“Quite honestly, we weren’t really sure how that was going to work out until the Volvo thing transpired here in the last couple of months.

“At that point in time we reconnected with Scott and put this deal together and actually signed the paperwork today.”

Both Cindric and McLaughlin were vague on the timeline of events, but the Penske president revealed he initially met McLaughlin via introduction from Ambrose when the former NASCAR driver returned to the series.

“We’ve had interest since our enquiry last year,” Cindric said.

“He and I have been in touch about what his future was as far as any of the other top drivers in the series along the way.

“It’s just a normal process – whether it’s him or anyone else in the other series we deal with. It’s my responsibility to understand where the top drivers are in terms of their programs, their interests and their commitments with their existing team.”

And given McLaughlin had multiple offers on the table for 2017, it was imperative for DJR Team Penske to strike early.

“Why else would we sign him now?” Cindric said.

McLaughlin is pleased to drive for a team that holds the name of two racing legends, though it was a hard choice to leave Garry Rogers’ team.

“2016 was going to be the year for me … one of the most important periods of my life – so to now have that locked away with DJR Team Penske is a big thing,” McLaughlin said.

“At the end of the day it was a tough decision I had to make … but I think for me, I feel like I’m in a good position where I can push on now and worry about my own championship with my own team at this point in time in 2016, finish off on a high and then move next year to DJR Team Penske.”