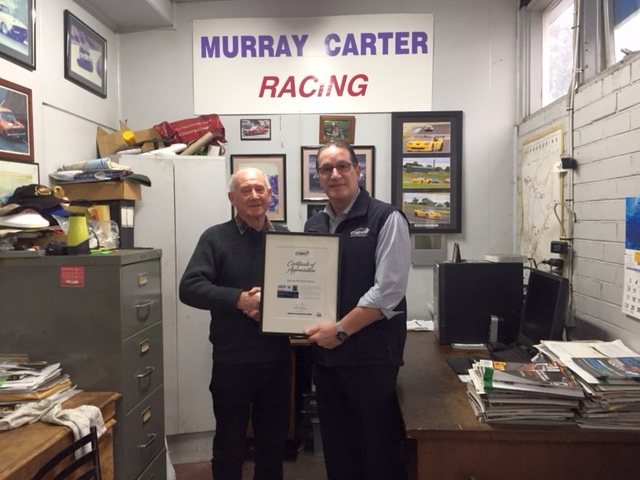 Carter’s career started on two wheels in the late-1940s, before switching to open-wheelers, sportscars and touring cars, winning his class in the 1960 Great Race - then held at Phillip Island - in a Ford Customline.

Across the 1970s and ‘80s, Carter was a mainstay privateer in the ATCC, finishing runner-up to Colin Bond in 1975 driving an XB Falcon.

The privateer lent the Ford factory team his Falcon for the Adelaide International Raceway event after Moffat's was stolen the night before the race. 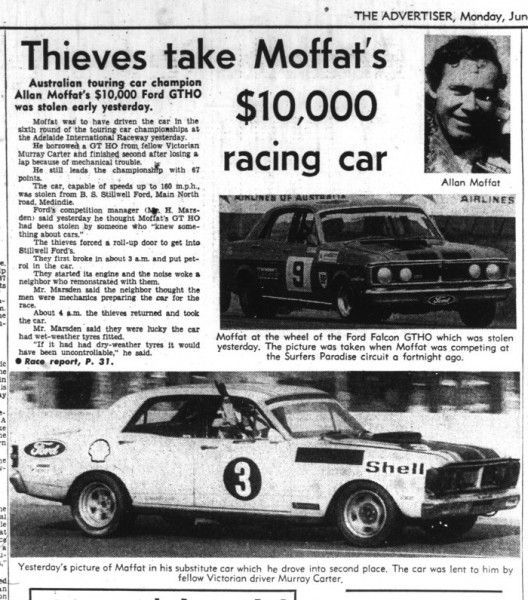 The Adelaide Advertiser's report on the Moffat/Carter swap

Carter finished third at Bathurst in 1978 with Graeme Lawrence and inside the top five in the ATCC in ’74, ’80 and ’81 in Falcons.

He switched to a Mazda RX-7 in 1984, and his last starts came aboard Nissan’s Skyline DR30 and the RS500 Ford Sierra in partial campaigns through to 1990, approaching his 60th birthday.

With six second-place finishes and 14 thirds, Carter holds the record for the most ATCC podium finishes without a victory, clear of Alan Hamilton and the late Jason Richards with six each.

Production Cars followed in the 1990s, before Carter purchased the Chevrolet Corvette C5 he continued to race in the Victorian State Circuit Racing Championship’s Sports Car class into 2017. 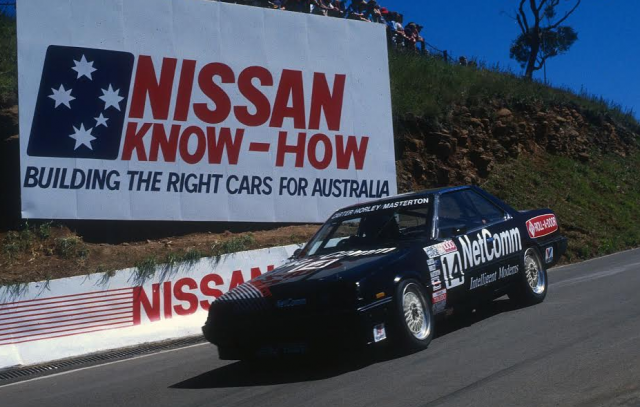 Carter racing at Bathurst in 1987

CAMS CEO Eugene Arocca paid tribute to Carter’s contribution in presenting the octogenarian with a Certificate of Appreciation for his contribution.

“Murray is one of the most endearing, humble and respected people in Australian motor sport,” Arocca said.

“CAMS is grateful for Murray’s passion and commitment to motor sport, and he is a shining example to all in the industry.

“On behalf of CAMS and the Australian motor sport community, we congratulate and thank you for your involvement in our sport.”

11/09/2017
Stay In The Know
Sign up to the Virgin Australia Supercars Championship Newsletter
We use cookies to ensure that we give you the best experience on our website. If you continue to use this site we will assume that you are happy with it.Ok