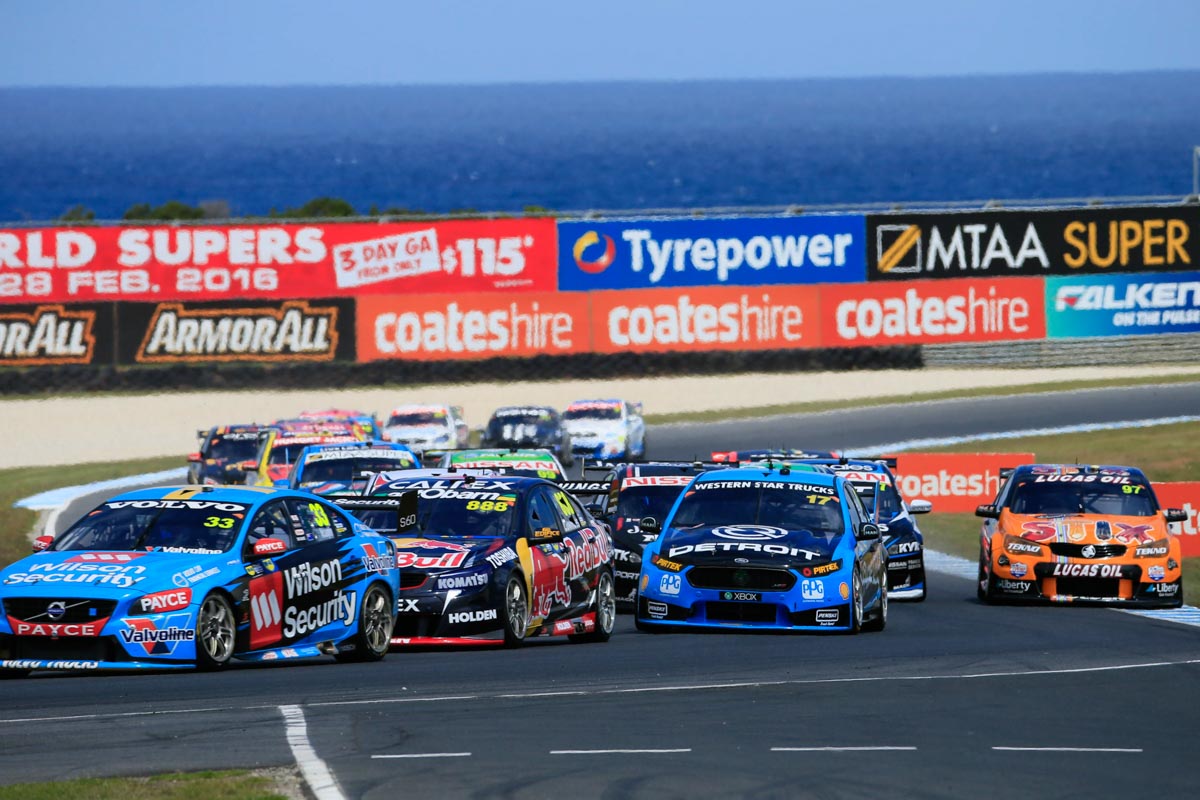 A number of format changes in 2017 will spice up the Virgin Australia Supercars Championship, with the Clipsal 500, WD-40 Phillip Island SuperSprint and ITM Auckland SuperSprint all receiving rejigs this year to give fans more red-hot racing action.

Historic Victorian seaside circuit Phillip Island shifts to run two 250km races, switching up the race formats early on in the year and giving fans more bang for their buck at the high-speed track during the April 21-23 event. This means a 140L fuel drop will be compulsory in each race.

The season opener in Adelaide this year runs an ARMOR ALL Top 10 Shootout on Saturday as well as Sunday, rather than going straight from practice into the gruelling first 250km sprint on the often scorching streets.

The ITM Auckland SuperSprint also receives a shake-up, with two 200km races, which will include pit stops in New Zealand. Since returning to Pukekohe in 2013, the Championship has run four 100km sprints, with points combining to award the coveted Jason Richards Memorial Trophy.

Format changes last year demonstrated that fans and drivers alike preferred the longer races with stops to introduce strategy and pump up the suspense.

“The Supercars Commission is extremely focused on the quality of our racing and continues to make positive improvements to formats,” Warburton told supercars.com.

“These changes combined with our new Dunlop tyres for 2017 will make it another outstanding year of racing for the best Touring Car Championship on the planet.”

Despite running only on the hard tyre compound last year, this time around both Phillip Island and the Auckland races will utilise the newly constructed soft Dunlop tyres. Clipsal and Bathurst will also run the softs, with other rounds upgrading to the new super-soft construction.

This year, at SuperSprint races, teams are only required to change two tyres during the 120km Saturday races, rather than last year’s four.

The Virgin Australia Supercars Championship kicks off with the Clipsal 500 Adelaide from March 2 to 5, running until the new finale at Newcastle from November 24 to 26.

12 reasons Supercars fans should go to the 12 Hour

15/01/2017
Stay In The Know
Sign up to the Virgin Australia Supercars Championship Newsletter
We use cookies to ensure that we give you the best experience on our website. If you continue to use this site we will assume that you are happy with it.Ok