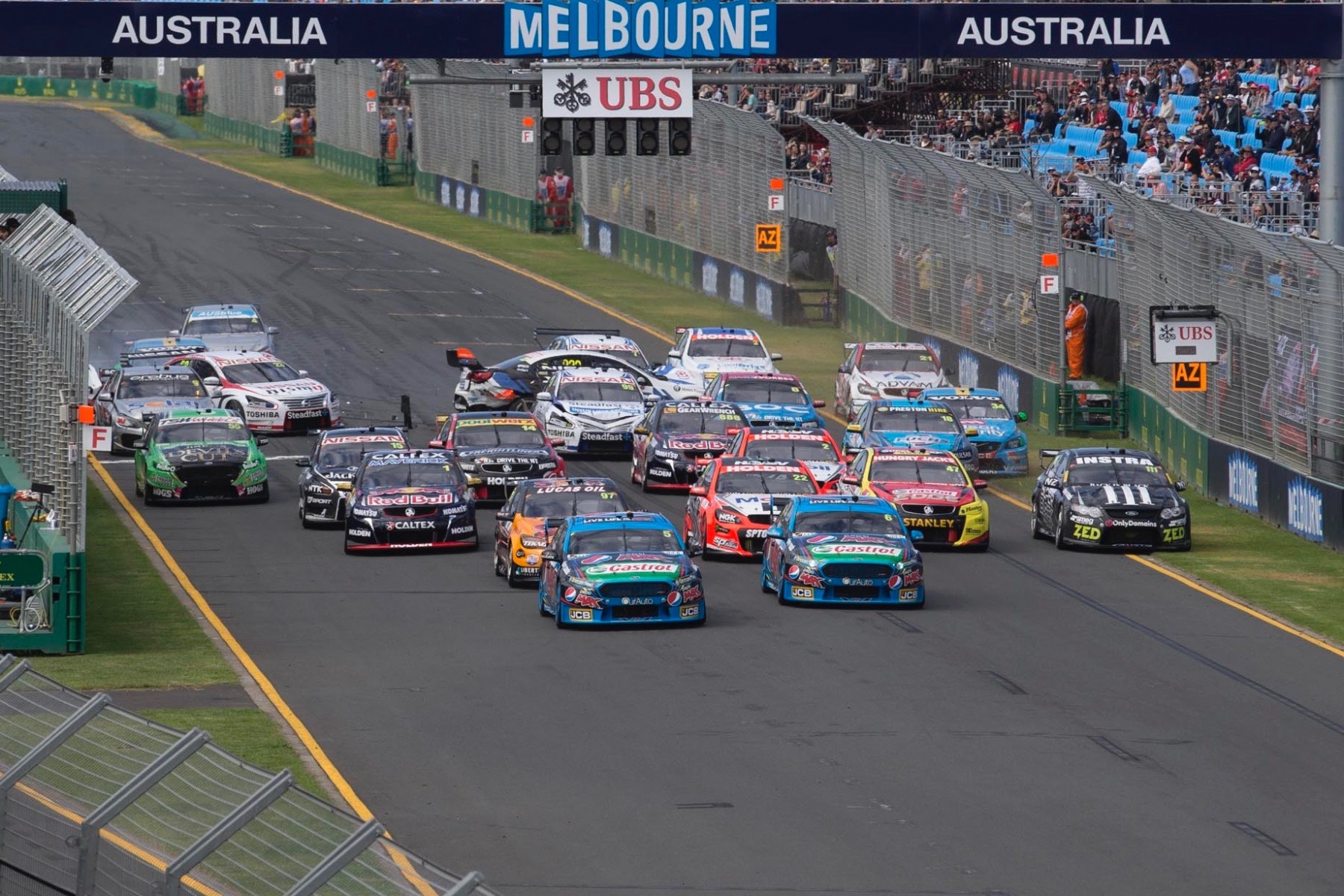 Each year at the Formula One Rolex Australian Grand Prix, the V8 Supercars run a unique format.

This time it is similar to what we saw in 2015, but with the V8 Supercars running on the quicker soft compound Dunlop tyre.

The grid for race one is determined by a qualifying session late on Thursday, with finishing positions in each race dictating starting positions for races two and three.

The final race’s starting positions will be based on accumulated points from the three races (a tie will mean the driver who finished highest in race three starts ahead).

Each race begins with a rolling start, with the Safety Car leading the cars off the grid and bunching them into 2x2 formation before the car on pole position controls the jump.

“The format for this weekend is always interesting because even though the races are short, it is still quite a long lap around Albert Park,” Holden Racing Team’s James Courtney said.

“The rolling starts for these races are different to the normal standing starts – it reminds me of my old go-karting days.

"It usually creates a bit of carnage as we don’t often do them in V8 Supercars. There is potential for damage at turn one because we arrive there a little bit quicker than what we do from a standing start.”

Teams will use the softer rubber across the weekend, with a set of tyres allocated for each of the four races.

Qualifying can be any combination of tyres allocated for racing, though each race is limited to one set. A tyre failure or damage will be assessed in consultation with the sporting and technical director.

“It’s pretty straight forward with one set of tyres per race,” he told v8supercars.com.

“We’ve got a fresh set of softs for each [race] which is quite good here in the short races. I think it will promote better racing.

“It gives everyone a good shot in qually as well, having plenty of sets of softs. Generally one lap seems to be the go [in qualifying].”

Engineers play a part in the rolling start, indicating to the driver that the leader has accelerated and triggered the race start.

“Rolling starts could be interesting – that seemed to cause a bit of a stir last year. And that start style has always been controversial, so it’s interesting we have to consider that again, with Safety Car restarts as well,” Stuckey said.

“When the engineers get the call I think some are quicker than others with predicting, so that can spice it up a little.”

Last year’s final race start saw chaos erupt behind it, with some drivers jumping before the leader and triggering cars behind it.

The biggest issue for teams here is damage.

“The main one I think has been accident damage – it’s such a short race and doesn’t seem to be too hard on cars.

“It’s obviously fast, but not coming from somewhere like Clipsal that is quite aggressive. Here it’s quite ok but you always seem to have the starts and the run into turns three, and one of the start, is interesting.”

While the weekend is a non-championship event, points are tallied across the four races, and the driver who earns the most becomes the Coates Hire V8 Supercars Challenge winner.

The points allocated are consistent across each race.