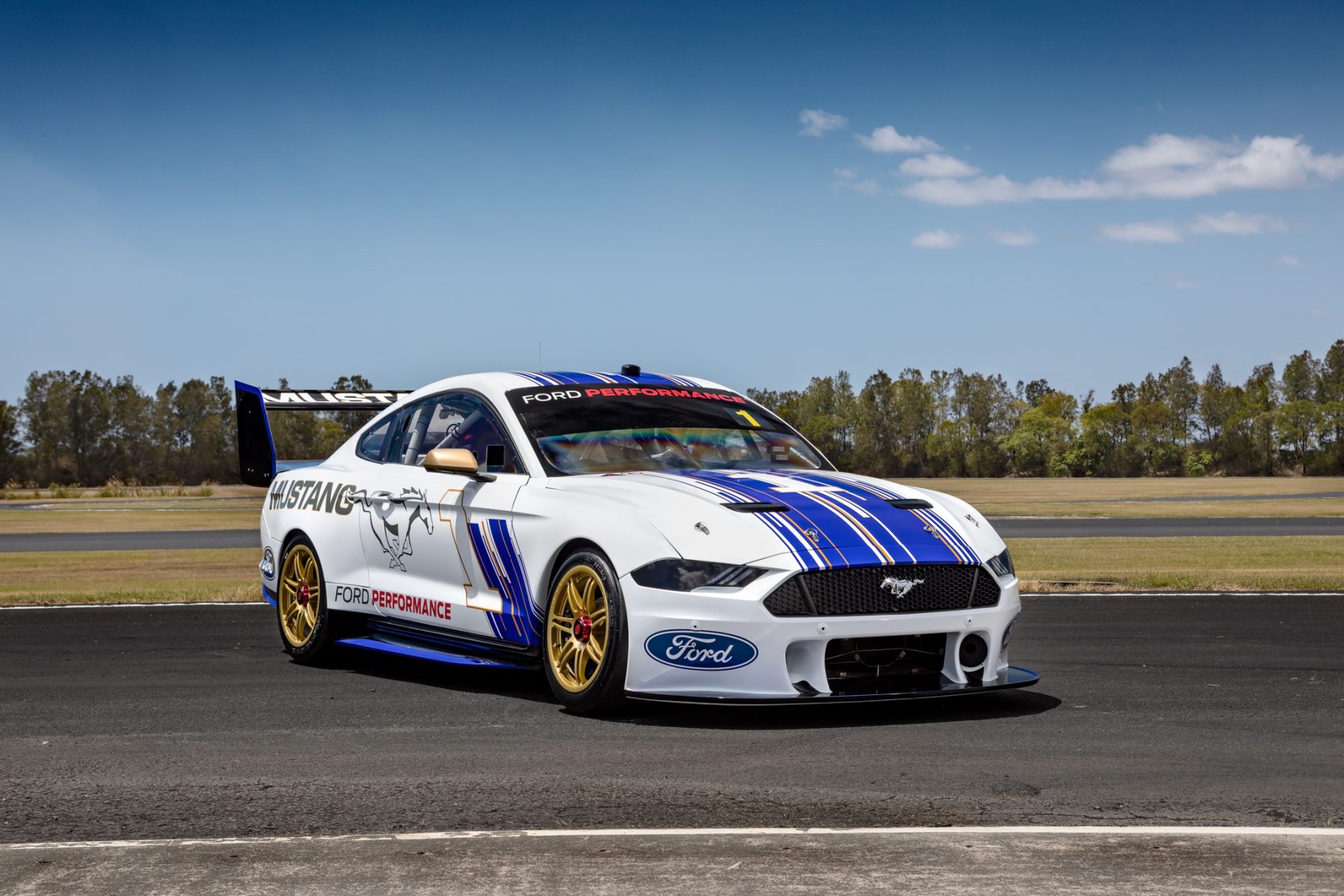 Ford Australia has issued a lengthy statement addressing the aerodynamic changes to its Mustang Supercar.

Supercars has announced alterations to the car’s wing endplates and Gurney flap, as well as its front undertray, will be required ahead of the PIRTEK Perth SuperNight.

It follows a dominant start to the season for the new Mustangs, winning nine of the first 10 races and scoring eight from 10 ARMOR ALL Poles.

There are six Mustangs on the grid, two run by Shell V-Power Racing and four from Tickford Racing.

The Ford Performance Mustang Supercar will undergo aerodynamic modifications ahead of Round 5 of the 2019 Virgin Australia Supercars Championship in Perth as requested by the Supercars technical department.

The changes are being made by exercising technical parity rules, which require any vehicle new to the series, regardless of legality, be brought back to incumbent vehicles in the interest of competitive racing.

“The Mustang is an advanced, state-of-the-art Supercar, designed and built within the rules of the series,” said Mark Rushbrook, Global Director of Motorsport, Ford Performance.

“We are disappointed that we have had to make changes to the cars, however we respect the Supercars technical department and will comply.”

The changes to the Ford Mustang Supercar are specific to the rear wing and undertray.

“We will make these changes ahead of the next round so we can quickly understand the affect they’ll have on Mustang to give us the best chance of maintaining our pace,” said Rushbrook.

“Mustang is run by some of the best teams in the series and that’s not technical parity, it is the sporting performance of the teams that race the car.

“Our car was signed off and homologated by Supercars ahead of the 2019 season, however whilst we understand these changes are in the interest of the sport, we expect to run the rest of the season on track unchanged from this specification.”

Currently, McLaughlin and DJR Team Penske lead both the drivers and team championship standings after the completion of four rounds following an extensive development program for the Mustang Supercar in a partnership between Ford, Ford Performance, DJR Team Penske and Tickford Racing.

DJR Team Penske, as the Ford homologation team, Triple Eight Race Engineering and Kelly Racing, each representing the category’s three competing makes of vehicle, signed off on the Mustang for 2019 competition following the conclusion of extensive testing and review at VCAT 9.

The 2019 season has seen multiple changes including the introduction of Mustang, a new control transaxle and the banning of twin springs.

These sorts of changes have played a major role in how all teams have faced the new challenges heading into the season.

Centre of gravity adjustments made to ZB and Mustang early on saw 28kg of lead redistributed to the roof of Mustang, which further affected the set-up which the teams had to adapt to on the run.

“We are incredibly proud of it and we stand by the state-of-the-art package we introduced into the series. Ford Performance exists to win races and championships and we are here to do just that.

“From here on we will do our talking on the racetrack.”