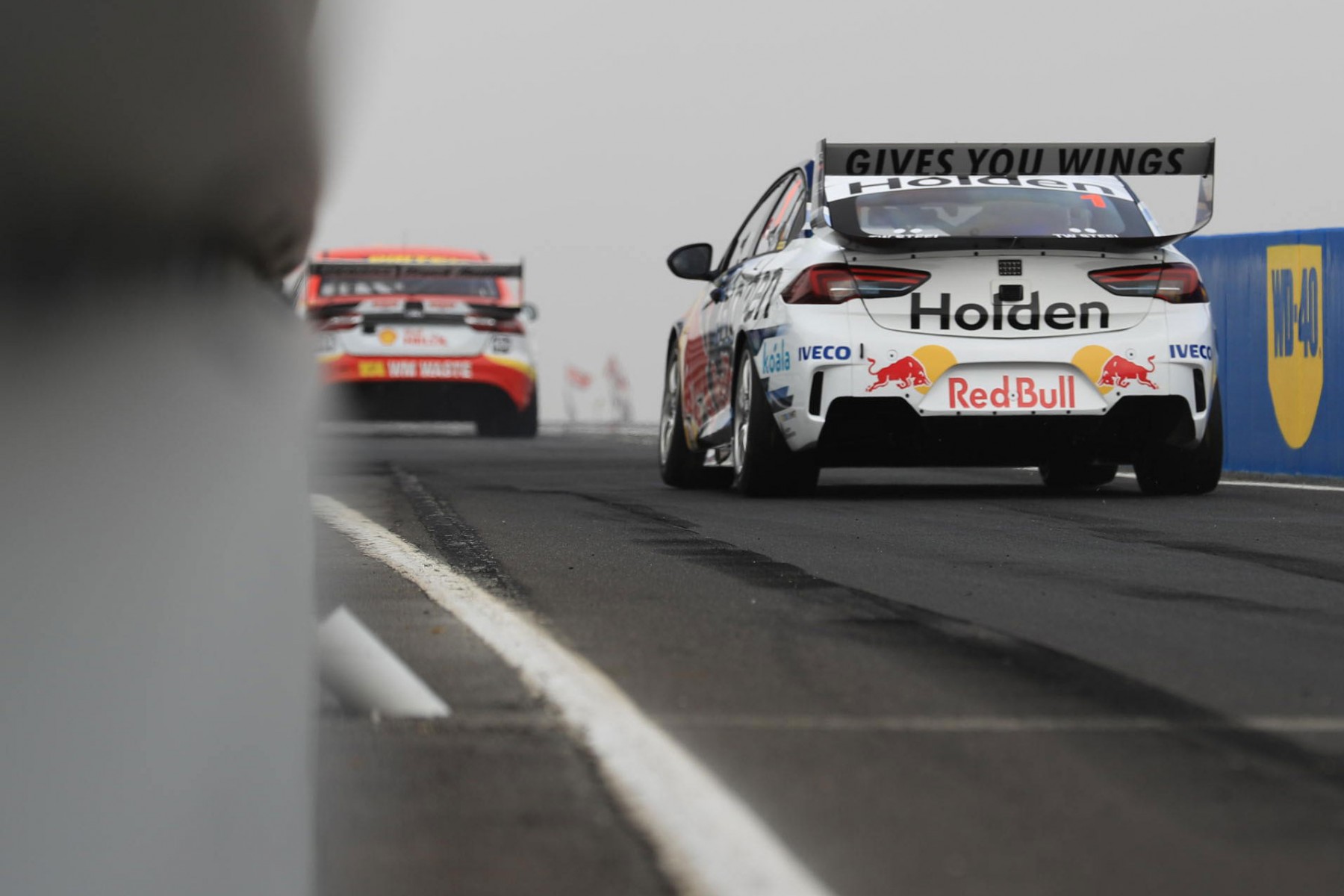 Ford Australia boss Graeme Whickman has declared his desire to see more marques join Supercars, stressing the Blue Oval’s return is about more than reigniting its battle with Holden.

Whickman is at the WD-40 Phillip Island 500 today, joined by a group of Ford executives following Tuesday’s announcement of its deal to return to Supercars with the Mustang.

The arrangement with DJR Team Penske and Tickford Racing marks an official return for Ford after withdrawing its support three years ago.

Ford and Holden are now both committed to Supercars, with the ‘red’ side welcoming its rival back with a cheeky statement almost immediately after Tuesday’s launch.

Whickman, however, says his focus is not on Holden, noting that the road car market has moved on from the days of the two marques dominating Australian sales.

“I’d certainly like to see more than just red versus blue,” he said.

“I think that’s important. We don’t measure ourselves against one manufacturer, whether it be on the race track or on the road.

“We’re trying to distinguish ourselves separate to past history; Holden versus Ford, we look beyond that now.

“I hope that’d extend beyond the race track now as well.”

Nissan is the only other manufacturer currently in the championship, and its future beyond 2018 remains unknown.

Whickman added that Ford is happy to re-enter Supercars regardless of how many manufacturers are competing, but is confident there will be more.

“We had a point of view around what we thought might be on the tack when we walked into discussions with all the teams and Ford Performance… but we have confidence though that will expand,” he said.

“We are fully expecting more than just red versus blue as the series has its own discussions with other OEMs [Original Equipment Manufacturers].” 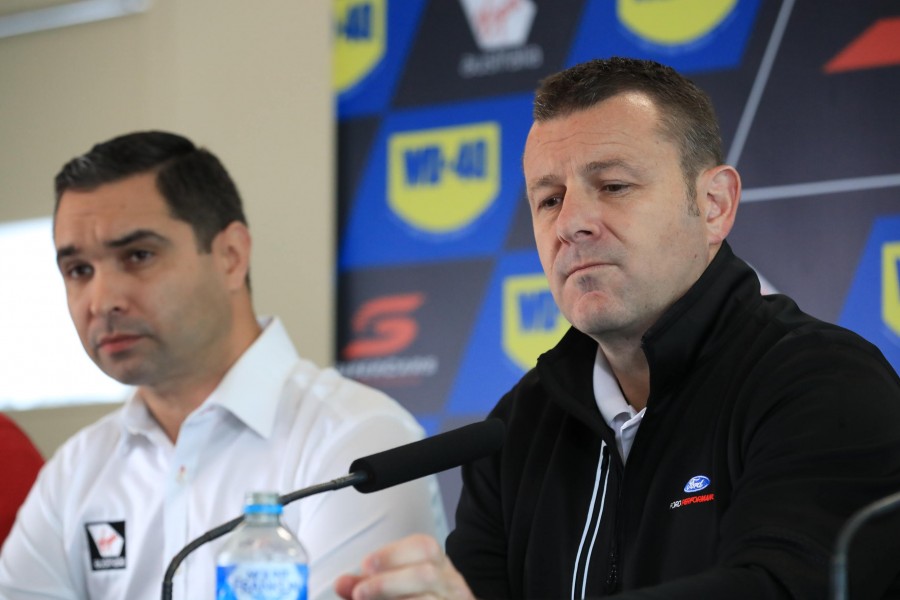 Seamer and Whickman at Phillip Island

Joining Whickman in facing the media at Phillip Island, Supercars CEO Sean Seamer stressed that talks with other marques – including Nissan – are ongoing.

“There have been a number of ongoing discussions between Supercars teams and manufacturers. We’re supporting those discussions,” he said

“I think this [Ford Mustang] project certainly puts a clear stake in the ground that we as a category, as a sport, is open to business.

“We’re flexible with the guidelines we operate under and the Mustang.

“Broad fan support for what Graeme and the teams are doing with Ford Performance is starting to heat up other conversations, that’s purely logical isn’t it, really?”

Asked specifically of Nissan, Seamer said Supercars would like to see the manufacturer follow Ford’s lead of introducing a two-door car, replacing Altima with GT-R.

“We don’t have an update [on Nissan] at this point, but if the question is would we all like to see Godzilla [GT-R] return? Yes, absolutely,” he said.

“Do the Gen2 guidelines allow for that? Yes, Absolutely. But that’s ultimately a decision that Nissan will make over the coming weeks and months.”