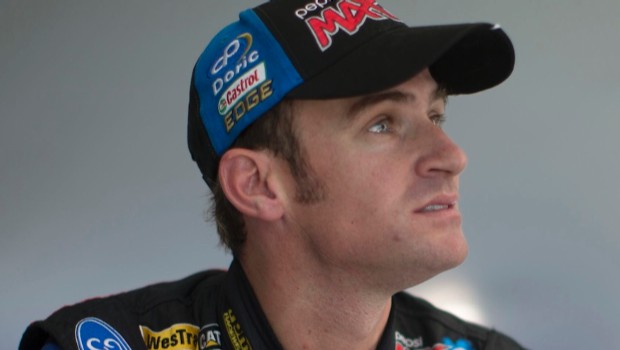 The uncertainty over Ford's future in V8 Supercars racinghas also cast doubt on the plans of its highest ranking driver in the 2013 Championship chase.

Ford Performance Racing star Will Davison is out of contractat the end of this season, and admits he's not sure what he'll be doing nextseason.

The 30-year old has confirmed offers from rival teams butalso told v8supercars.com.au his first preference is to stay at FPR. Inturn FPR team principal Tim Edwards has confirmed the team wants him to stay.

But in the wake of itslate-May announcement that it is to cease manufacturing in Australia and killoff the Falcon by October 2016, Ford Australia has made it clear that itsdecade-long sponsorship of FPR may not be extended into a new deal beyond 2013.

"Ford's officialfactory support is incredibly important to FPR, and to me, and until we knowwhat they are doing we cannot finalise 2014 and beyond," Davison said.

"My preference is to stay at FPR, and they've indicatedthey want to keep me, but until we know Ford's decision we can't move forward.

"Several interesting options (for drives) have emergedover the past couple of weeks, so there's a bit to think about ... at the sametime I am trying to stay totally focussed on the Championship, as the only Forddriver able to win it."

Those options could include a seat at the Nissan or Erebusteams, or with a new manufacturer-supported operation expected to join the Championshipin 2014.

Davison is one of the key drivers out of contract this year.Others include the Holden Racing Team’s James Courtney and Erebus young gun TimSlade. The chances of Davison opting for a second stint at HRT if Courtneyleaves are understood to be unlikely.

Like all drivers, Davison faces the challenge of negotiatinga new deal in a tight fiscal climate brought on by reduced licence dividends forteam owners and costs incurred in the build of new Car of the Future racers.

“Will has done a fantasticjob driving for us for the last two-and-a-half years and long may thatcontinue,” Edwards told v8supercars.com.au. “Drivers love money but they alsolove competitive cars.

“What we can deliver interms of a competitive car is always weighed up by any driver in negotiations.”

Davison entered V8 Supercarsracing full-time in 2006 with Dick Johnson Racing. He challenged close mate JamieWhincup (Triple Eight) for the Championship in 2009 in his first year at HRTand won Bathurst with Garth Tander. But he then moved on to FPR after adisappointing 2010.

So far in his FPR career he andteammate Mark Winterbottom have had a torrid battle. Davison has claimed 12poles and nine wins to Frosty’s nine poles and five wins.

But Winterbottom hasfinished ahead in the Championship in both 2011 and 2012 and head-to-head in2013 has been the faster qualifier 12-4.

Davison has been the onlyFord race winner in 2013 and runs third in the Championship to his teammate’sunlucky eighth.

Will Davison  ›
15' Pepsi Max Crew ›
Stay In The Know
Sign up to the Virgin Australia Supercars Championship Newsletter
We use cookies to ensure that we give you the best experience on our website. If you continue to use this site we will assume that you are happy with it.Ok