Vodafone and Ford have announced the backing of a further four vehicles set to join the Supercars grid in 2019. 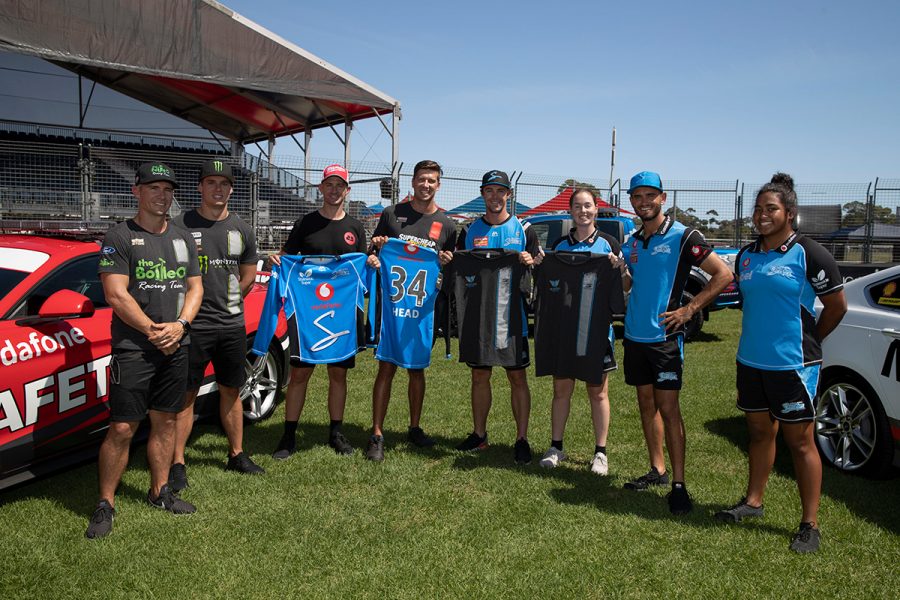 "The Mustangs look fabulous and will no doubt serve as a great support for the drivers this year," McIntosh said.

"As a sponsor of both the Supercars and the Adelaide Strikers, it’s fantastic to see both codes come together today in support of the Adelaide community and a big weekend of action on the track."

Ford's Mustang Supercar makes its race debut this weekend in Adelaide, with the Ranger Raptor used as the Recovery Car since late-2018.

"We’re proud to have a partnership with Supercars and Vodafone that ensures the safe, smooth running of Supercar events, and shows off the versatility of the current Ford line-up," said Ford Australia and New Zealand President and CEO, Kay Hart.

"We’re also grateful to the volunteers and staff that dedicate their time, skill and effort to making each race a success."

"It’s great to have further backing from Ford and Vodafone," Black said.

"Their support helps to power these vehicles to each of our 15 Championship events."