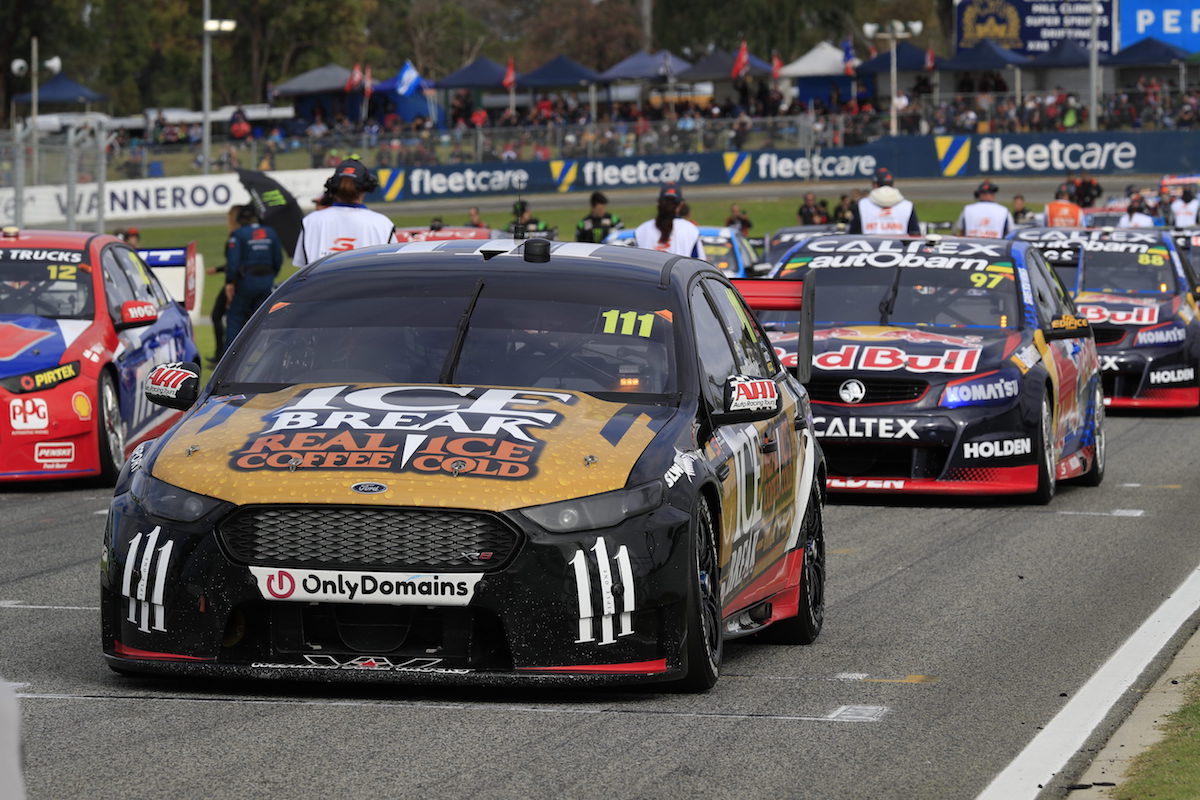 Surprise Perth SuperSprint star Chris Pither is determined to keep the momentum going and not sink back into the pack at the next Virgin Australia Supercars Championship event at Winton on May 20-22.

It was Pither’s first strong showing this year after a horror start that saw him crash heavily at the Clipsal 500 and at Symmons Plains, as well as being unable to qualify better than 15th in the three championship events leading up to WA. He is currently 23rd in the points.

“I just want to bank that result now and focus on the future,” Pither told v8supercars.com. “I want to back it up at the next round and going forward for the rest of the season.

“I want to start looking forward to Winton and do everything I can to ensure we are up the front again and just keep trying to claw back some championship points and cement our position as front-runners and hopefully, eventually, contenders for a podium result.”

Pither admitted his confidence had been knocked by his two big crashes. The first came after he glanced the wall at Adelaide’s infamous turn eight in the Ice Break Falcon before the rudderless car veered across the track and hit an angled concrete fence.

Pither was shifted into a rejuvenated Dunlop Series FG X for Tasmania, but smashed into the main straight guard rail after pivoting across the nose of Nick Percat’s LDM Holden Commodore VF. That car was repaired in time for Phillip Island and remains Pither’s mount.

“The year didn’t start off fantastically or as I planned so I needed to get a result and turn it around,” Pither said. “Confidence is a key thing in what we do and in the main game the competitiveness level is so intense you have to go out there and be full of confidence every time.

“You have a couple of knocks and a couple of things not go your way like I had at the start of the year it’s easy to lose that confidence.”

He has also made various V8 Supercar co-driver appearances over the years. In 2008 he was involved in a controversial accident in practice for the Supercheap Auto Bathurst 1000 that ended Paul Weel’s career. Pither took a hiatus from racing in 2009.

He was subbed in to replace Andre Heimgartner on a trial basis in the SBR Falcon for the last two events of 2015 before being confirmed for the full-time 2016 drive.

“I moved to Australia in 2005 chasing the dream to race V8 Supercars and I never planned on it taking 10 years to get into the championship full-time. But I didn’t want to give up on that,” Pither said.

“I finally made it after a long time trying and then to have a start to the season like that was definitely not what I had hoped for.

“It’s easy for doubt to creep into your mind, but I was confident I knew what I could do. I just had to make it all click. In some ways it was a relief to get one under my belt.

“When you are looking for such small amounts in such a competitive championship, it really emphasises how important the confidence side of it is. It’s huge.

“For me I knew I could do it but I need to prove it to myself as well and get out there and do the job. So it’s massive and just an awesome feeling to get one under the belt.”

Pither said understanding requirements before events and at them, getting to know and work well with his engineer Dilan Talabani and tuning the car to suit his driving style were all part of his steep 2016 learning curve.

“I felt confident we were capable as a team of getting those sorts of results from the start of the year but I haven’t been consistent enough in my qualifying performance,” he admitted.

“There is just no room for error. You only have the one lap to do it and I haven’t been able to string it all together and get all my sectors on the same lap so it has been a little up and down.

“So it’s a nice feeling to turn that all around and unlock that potential at Barbagallo.”