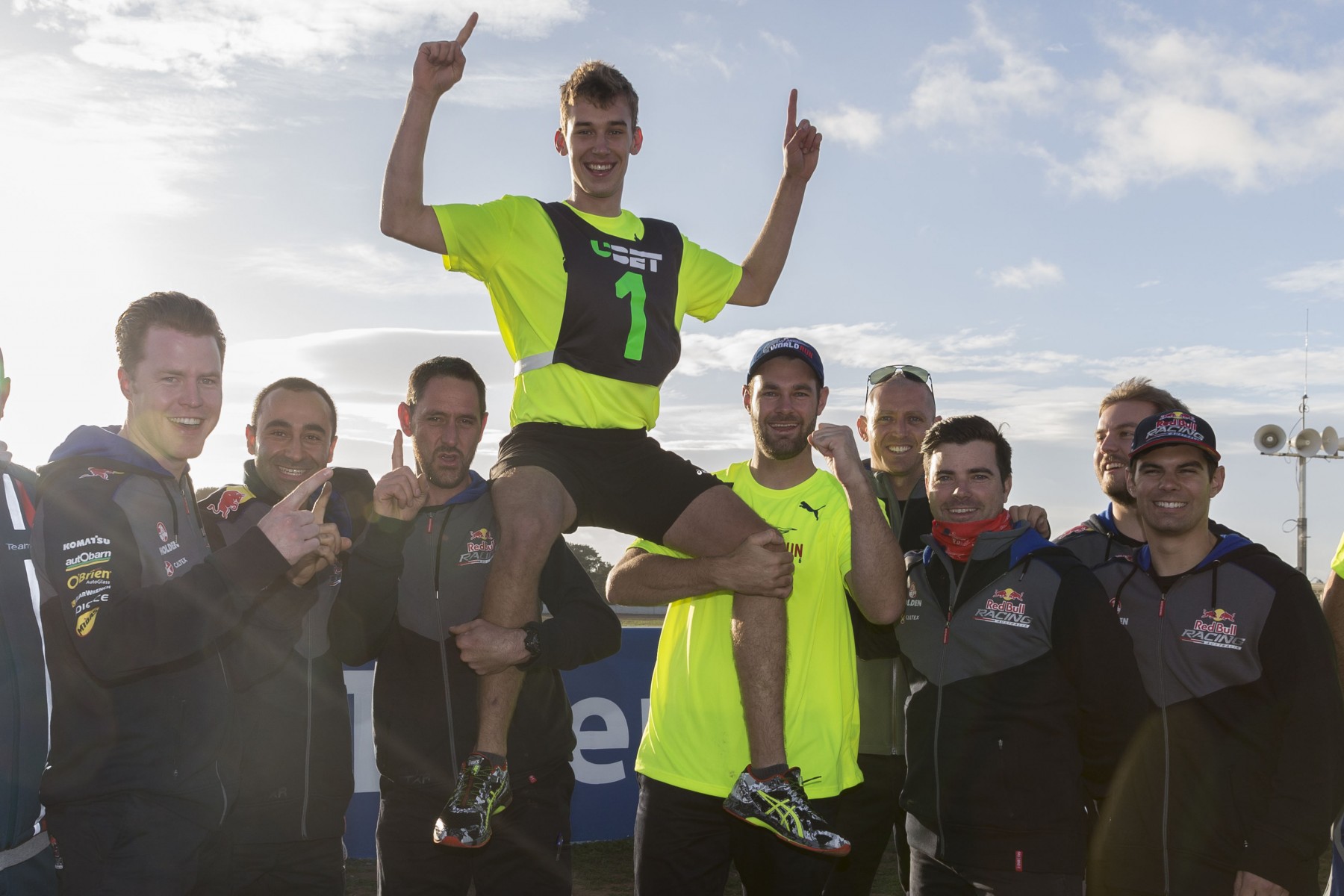 The initiative sees $5000 donated to Wings for Life, the team’s nominated charity, after the 17-year old won the 100-metre sprint to the finish on the Symmons Plains straight. 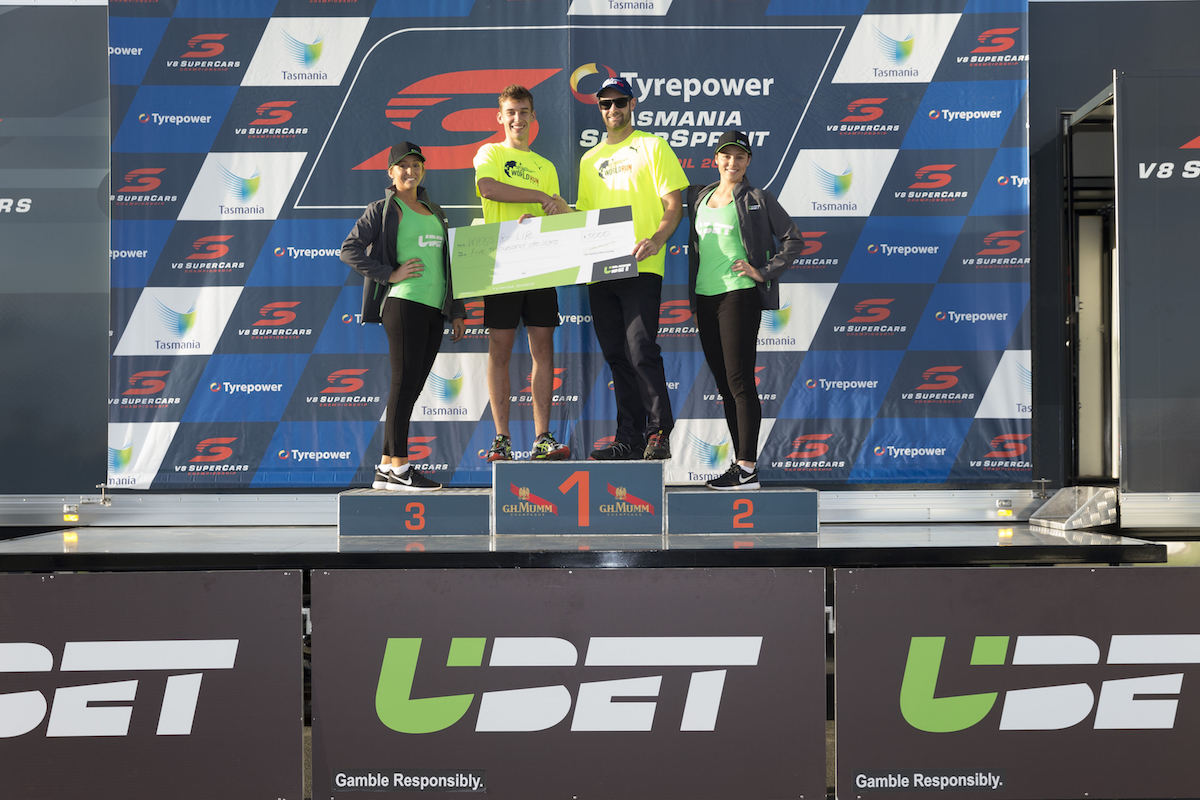 Kostecki not only steers a Triple Eight chassis in the development V8 Supercars category, but works as the number three mechanic on Shane van Gisbergen’s #97 Red Bull Commodore.

“It was good to get the win for the team and Wings for Life. Everything is going to count so to get that for these guys is an awesome feeling.” 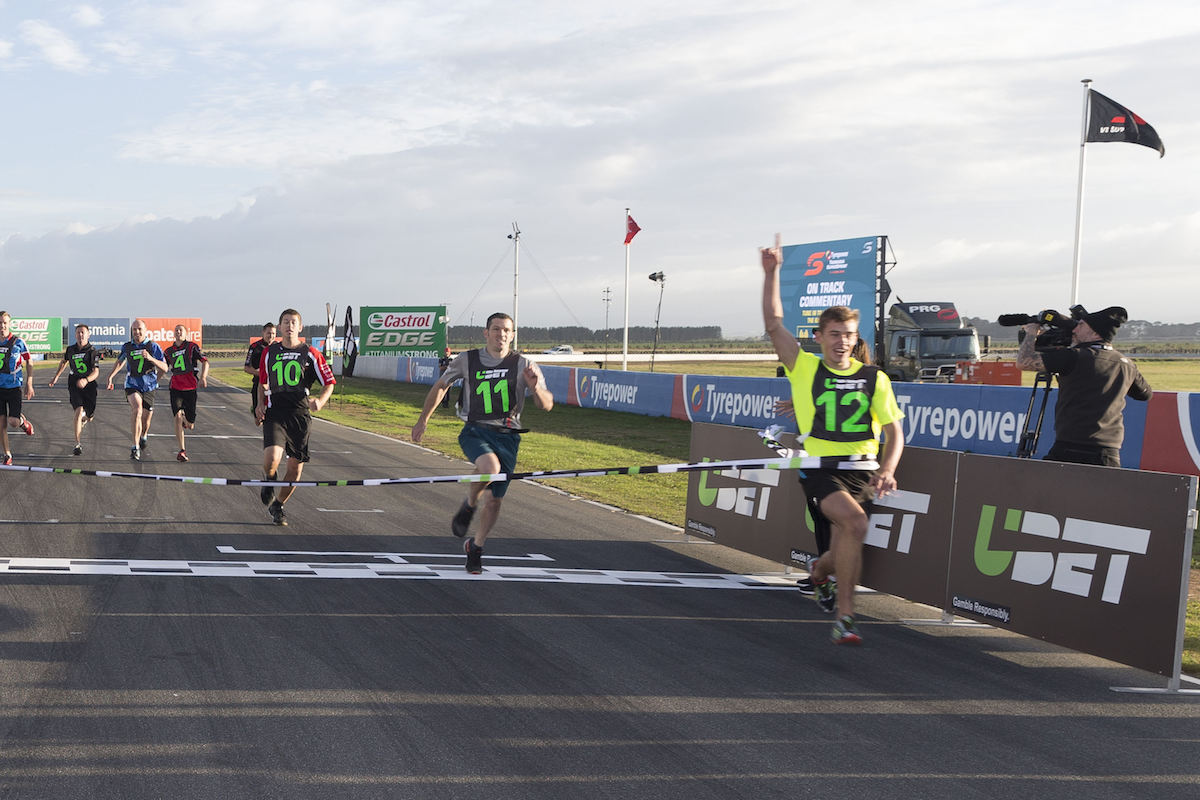 Van Gisbergen described it as an “awesome race” and was proud of his mechanic’s performance.

Almost all teams entered, and took the sprint seriously, with some teams completing run-offs to determine their competitor.

There was a jumped start the first time around, but the second start saw Kostecki spring off the line. 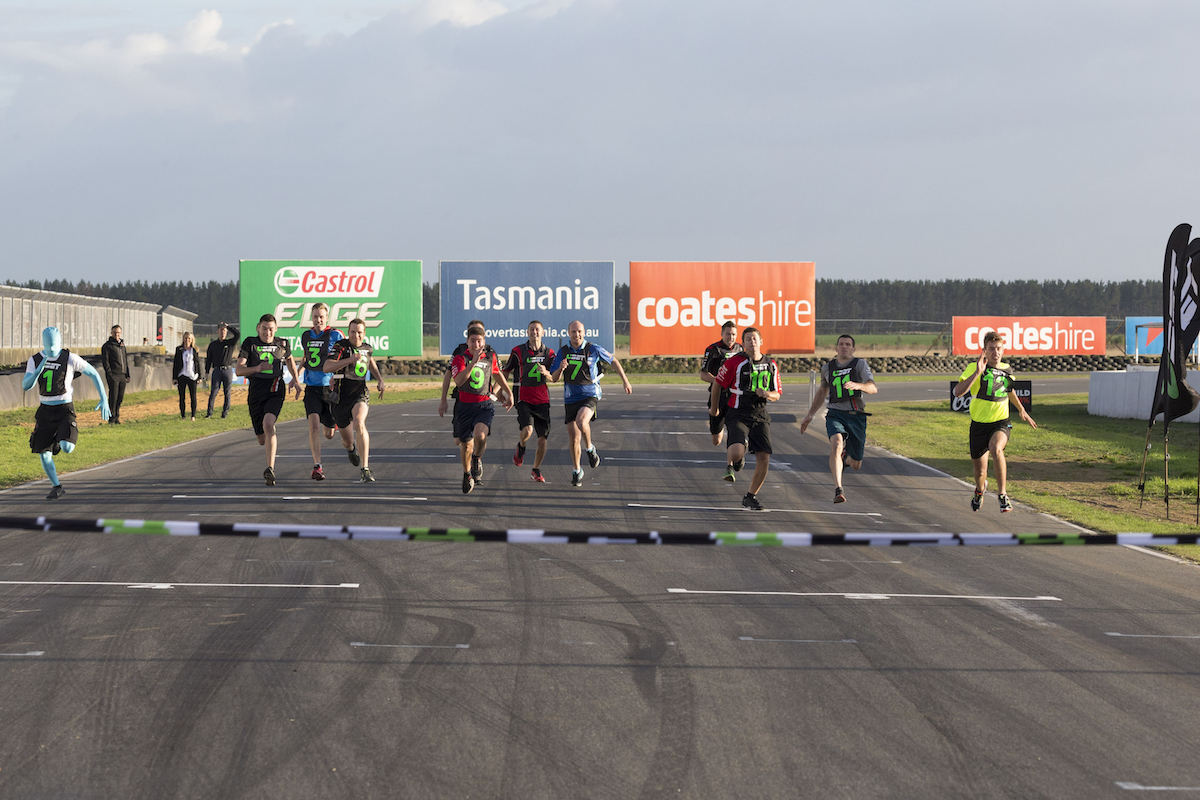 Wilson Security GRM came a close second and brought the colour with James Moffat’s mechanic racing hard, dressed in an all blue morphsuit.