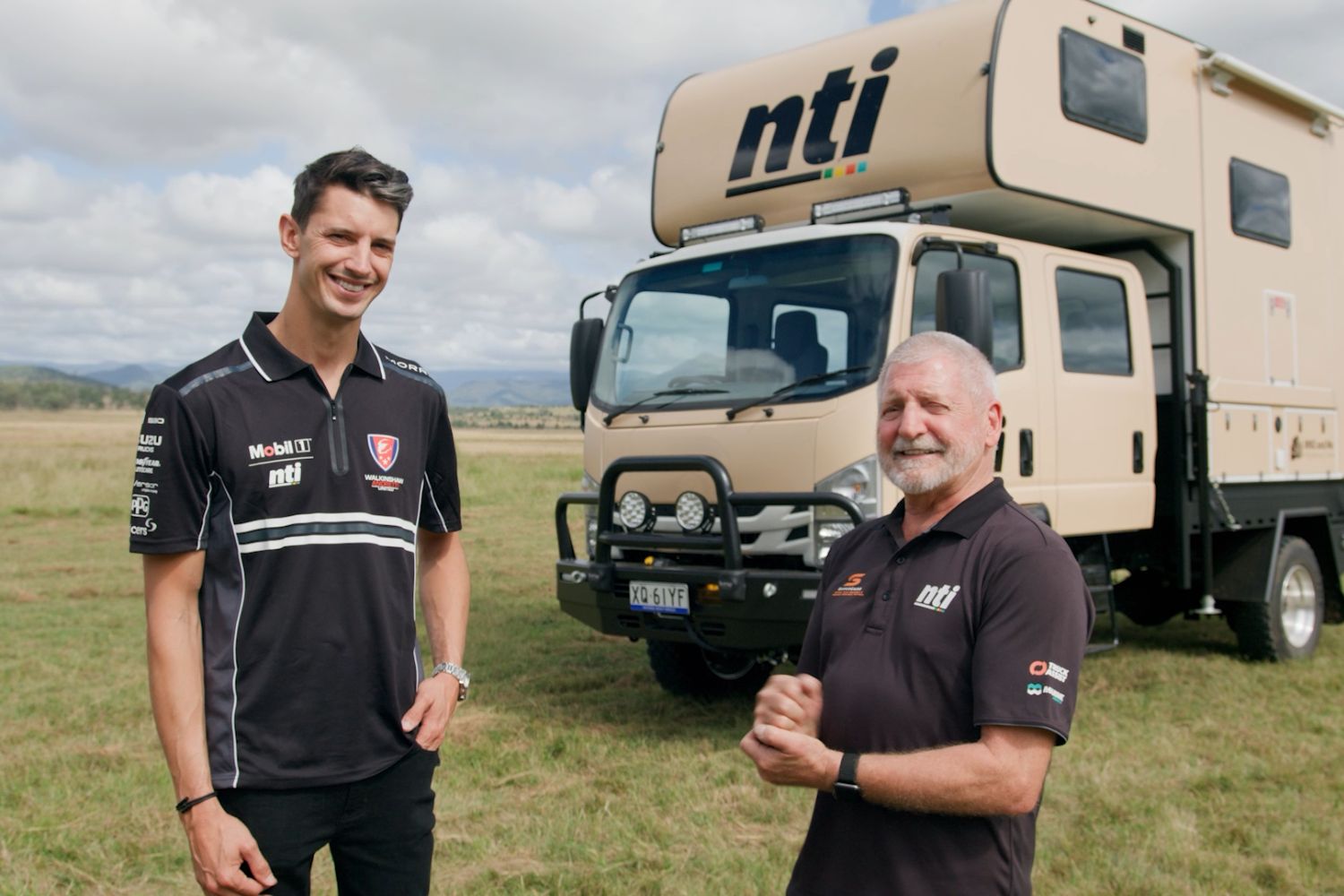 A unique truck raffle has raised more than $200,000 for Motor Neurone Disease (MND) research ahead of next month's NTI Townsville 500.

Naming rights sponsor NTI and Supercars have teamed with the MND and Me Foundation as the official charity for this year's event at the Reid Park street circuit.

MND is a condition that affects the brain and nerves, causing weakness that worsens over time. Two people are diagnosed and two people die from MND every day in Australia. There is currently no cure or effective treatment for the disease.

The MND and Me Foundation supports people and their families living with Motor Neurone Disease in Queensland and funds research into treatments and a cure for MND.

NTI is now offering one person a chance to win a specially prepared 'Expedition Truck', through its latest raffle set to be drawn on July 10.

Valued at $265,000, the truck features a 4x4 crew cab that can be used as a working truck and a 3.5-metre luxury motorhome that slides on and off the back.

The hybrid truck is the fifth vehicle to be raffled for MND research by the transport and logistics specialist insurer, raising more than $1 million to accelerate research on the disease.

July's raffle has already brought in over $200,000, with eight days left to enter.

NTI CEO Tony Clark said MND and Me Foundation's cause is one that’s close to the company's heart, revealing that former CEO Wayne Patterson lost his battle with the disease in 2015.

“This vehicle is the first of its kind to be raffled by NTI and includes a truck plus a motorhome,” Clark said.

“We’d like to thank our suppliers for partnering with us on this initiative.

“All of our partners understood the importance of the funds this vehicle will help raise and made time despite being at capacity.

“In Australia, two people are diagnosed with MND and two people die from the disease every day.

“NTI’s former CEO Wayne Patterson lost his battle with MND in 2015, and we have been committed to helping fund research to find a cure ever since.”

MND and Me Foundation CEO Jane Milne commented: “The support that NTI is providing for MND research goes directly into researchers at The University of Queensland, and over the last four years, that funding has enabled these researchers to continue their work into hopefully finding a suitable treatment and ultimately a cure.”

The raffle will be drawn at the Reid Park street circuit on Sunday July 10 at 1:10pm AEST.

The specialist insurer will provide the funds earned from the raffle to the MND and ME Foundation for research at The University of Queensland. CLICK HERE to purchase tickets.

The Repco Supercars Championship field will return to Reid Park for the NTI Townsville 500 across July 8 – 10.

Cars will hit the track in Townsville for dual practice sessions next Friday. Purchase your NTI Townsville 500 tickets now.