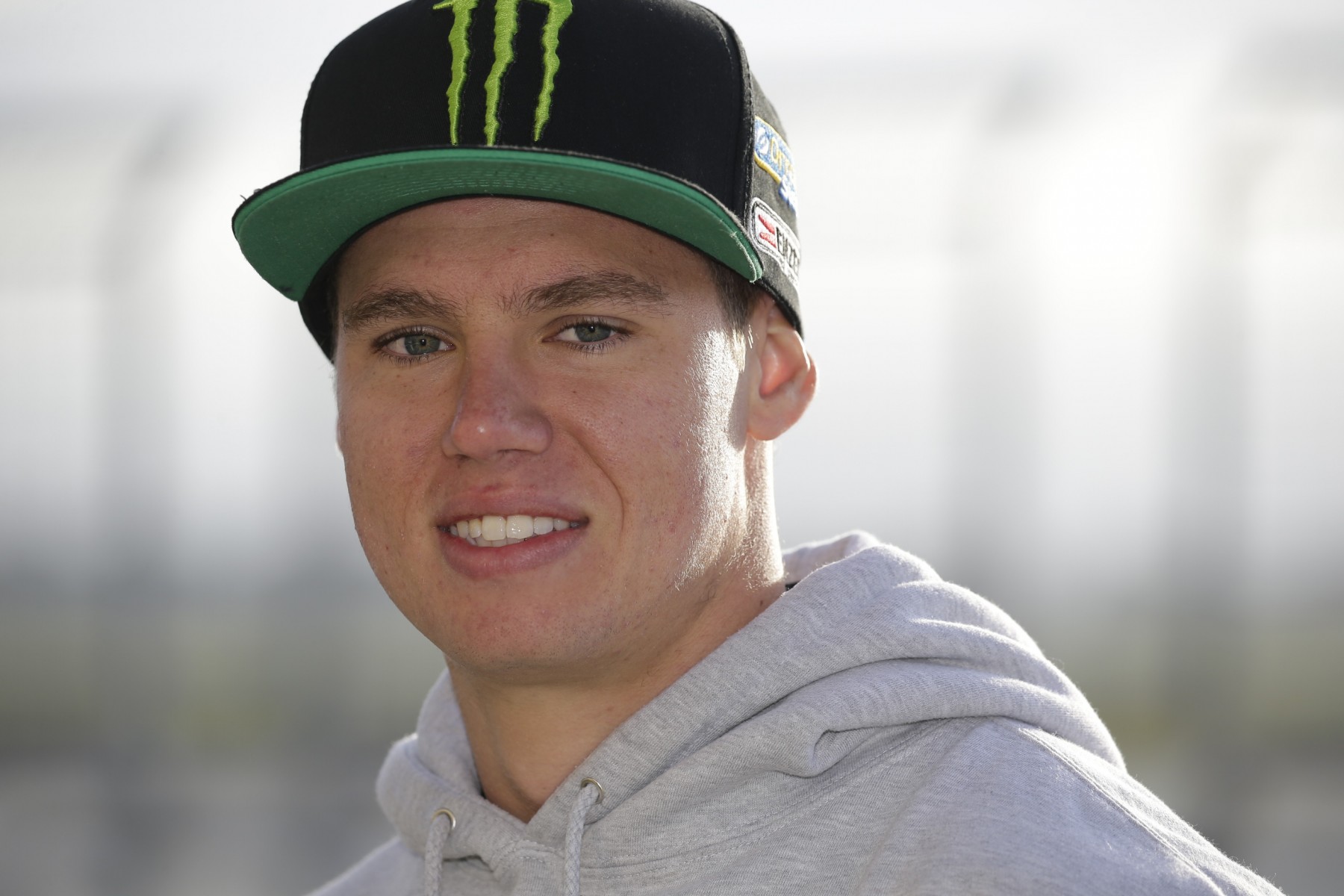 He is following in the footsteps of the current champion winning the Dunlop Series and settling into a home with Prodrive Racing Australia, and after just one Championship round, Cameron Waters finds himself in the top 10 in the V8 Supercars standings.

Results were scrambled after the crazy weathered Clipsal 500 Adelaide, where he earned a fourth place finish, but today in practice in Tasmania the rookie backed up his form finishing second in practice.

It was Waters’ first outing at Symmons Plains in a V8 Supercar, having last visited the track in a Formula Ford in 2011. He was just 0.04 seconds behind teammate and 2015 champ Mark Winterbottom today, and joked he hadn’t forgotten the simple Symmons layout.

“It was good,” Waters said of today’s run.

“I still remember the track – it’s only six corners so it’s easy to remember!

“It’s a little bit different in a Supercar, so in practice one it took a while to work out where my braking is and all that stuff. I managed to pick it up pretty quickly so I’m pretty happy to be second today.”

Waters says he’s learning plenty housed in the same garage as Winterbottom – who has spent 12 years in the category and has a Supercheap Auto Bathurst 1000 to his name as well as a championship.

“It’s really good, I can look over and he’s got the #1 on his door, so he’s the best person I can learn off.

“He’s pretty quick, so I’m trying to get as much information out of Mark as I can. So far it’s helped my learning and helped me get to the front quicker.”

Sharing a similar driving style is helpful when comparing data and information.

“We drive the car pretty similar, which is probably a good thing,” Waters said.

“I haven’t really had a chance to talk to Mark about his car this weekend – they’re obviously pretty similar, we did similar times, so hopefully Mark will compare notes and we can move the cars forward a bit overnight.”

This weekend Waters is working with the team's technical guru Nathaniel Osborne in the absence of his usual engineer Brendan Hogan.

Prodrive stablemates Chaz Mostert and Chris Pither were 12th and 17th in practice on day one at the Tyrepower Tasmania SuperSprint.