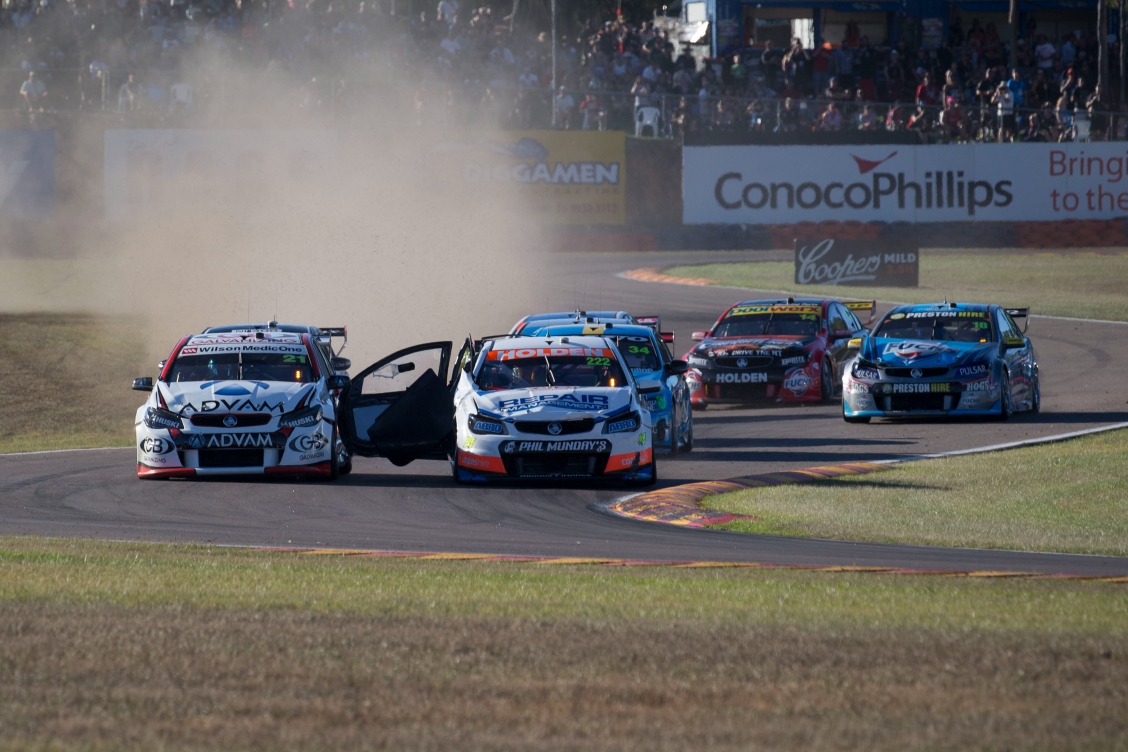 The 2015 visit to Hidden Valley Raceway was punctuated by a first-lap incident which involved a number of high-profile names, and triggered a heated war of words.

The Turns 11-12-13 complex of the Darwin circuit, which will host the Merlin Darwin Triple Crown in a fortnight, was the scene of the melee which brought an end to Nick Percat and Andre Heimgartner’s afternoons.

Heimgartner and Percat were the innocent bystanders, the latter unable to replicate his earlier efforts having improved from 20th to ninth.

Percat and Jamie Whincup were sitting ducks, and had nowhere to go. Worst affected was Heimgartner, who was pushed off into retirement.

Percat, however, suffered a more grisly-looking fate; the Lucas Dumbrell Motorsport Commodore was crumpled on the driver’s side following contact with Lee Holdsworth.

Percat had a clear view outside the stripped right-hand side of his car, and returned to the garage. 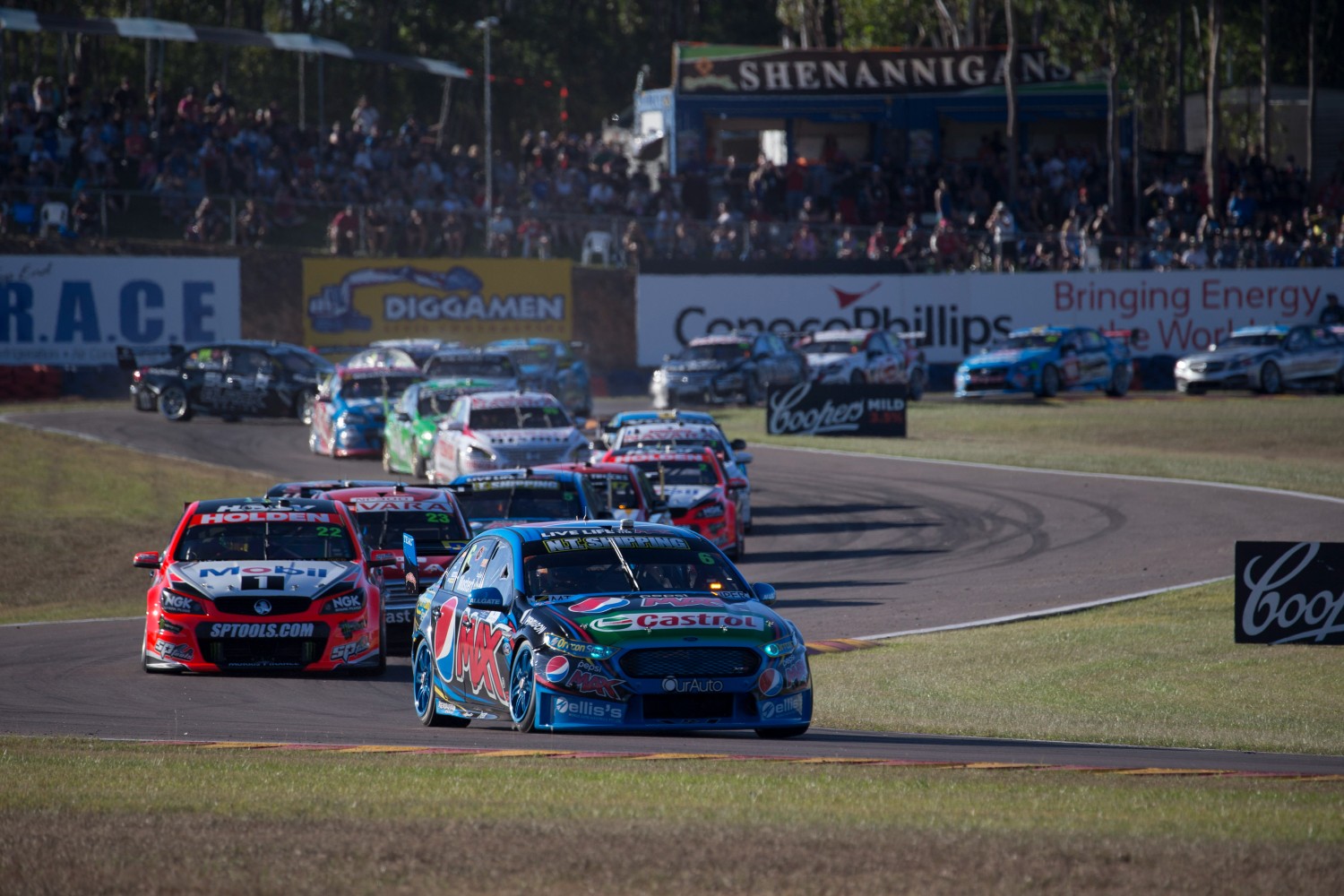 Heimgartner is turned in the background

There, he spoke openly on the broadcast, and cast a frustrated figure having been caught up in someone else’s accident.

"To race against someone like Jamie Whincup, Will Davison and a poor move like that on Heimgartner is a joke... I just want to go punch them for the damage they've done to my car.

"I was having a good weekend, we're a small team punching above our weight, beating Triple Eight and their millions of dollars in their old cars and he drives like a tool, he was like that in Race 1. I'm over it." 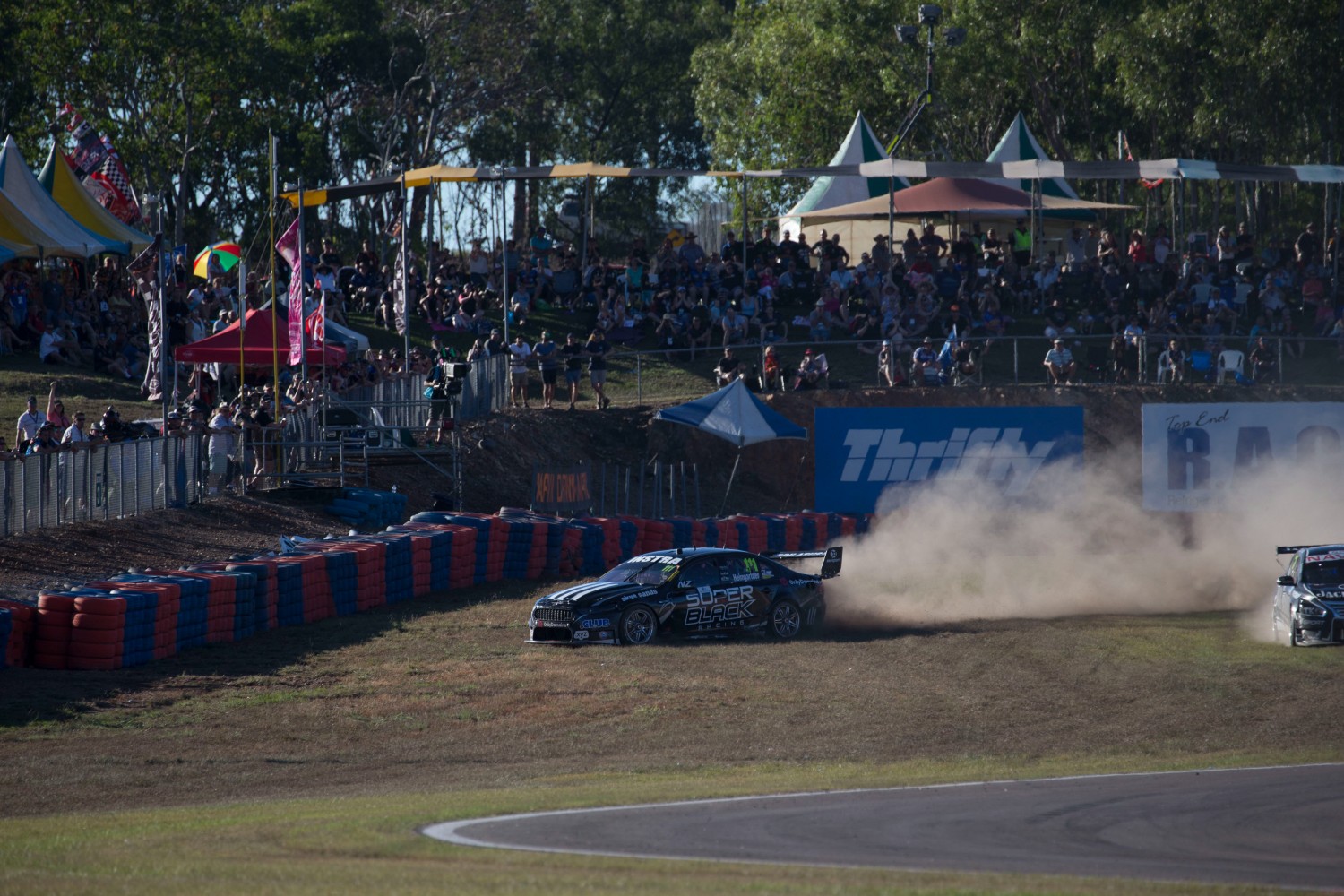 Percat later clarified that he felt Davison was more at blame, and was instead referencing Whincup's driving in the earlier race.

Davison and Heimgartner had a later exchange on social media, with the latter deeming it a racing incident.

The drama was later overshadowed by the milestone 100th career win for Craig Lowndes, who pipped Tim Slade and Chaz Mostert to victory.

The Percat and Heimgartner cars were repaired and returned for Sunday’s race, with Percat finishing a sensational sixth. 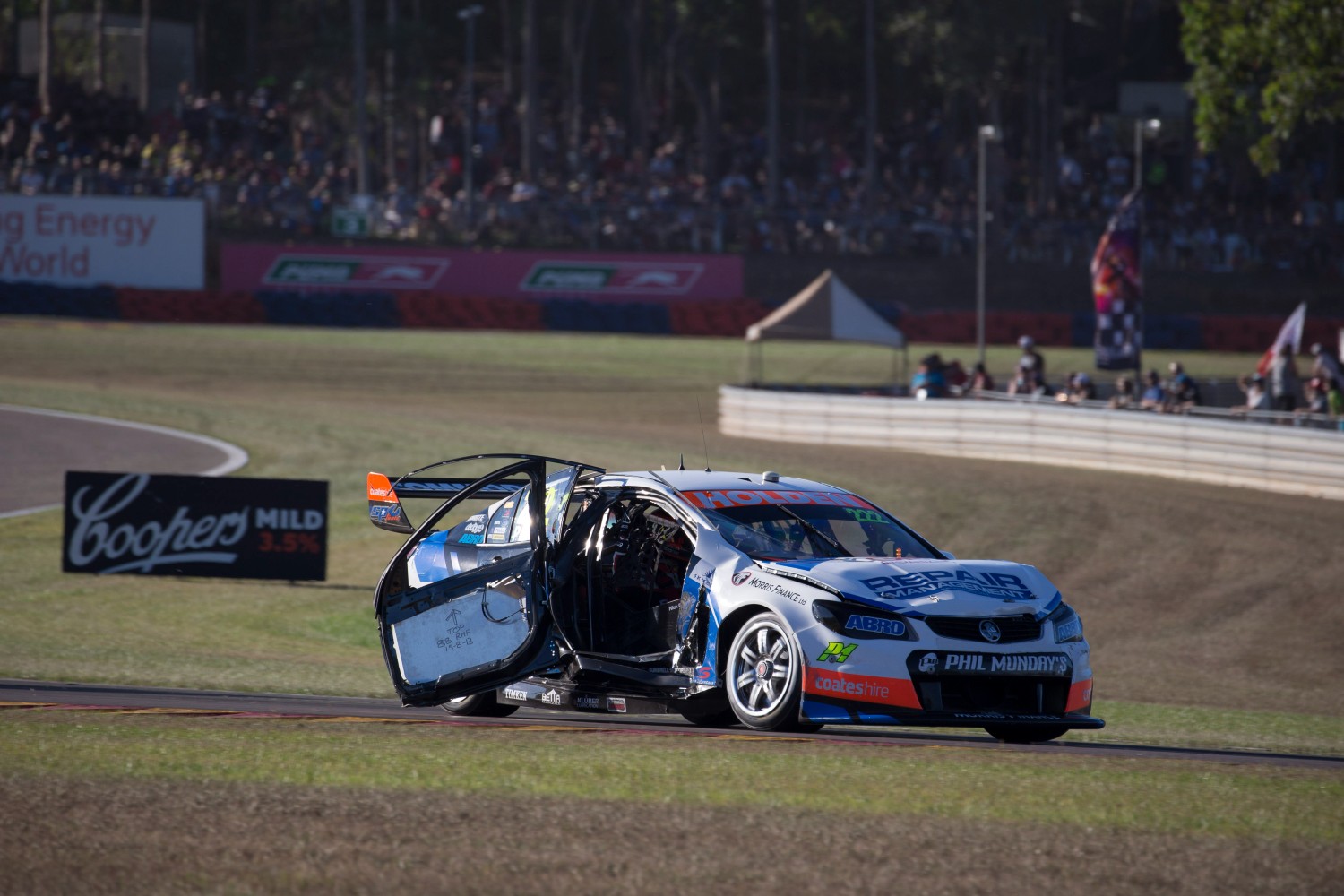 Darwin has since been kinder to Percat, who claimed podiums for Brad Jones Racing in 2017 and 2020.