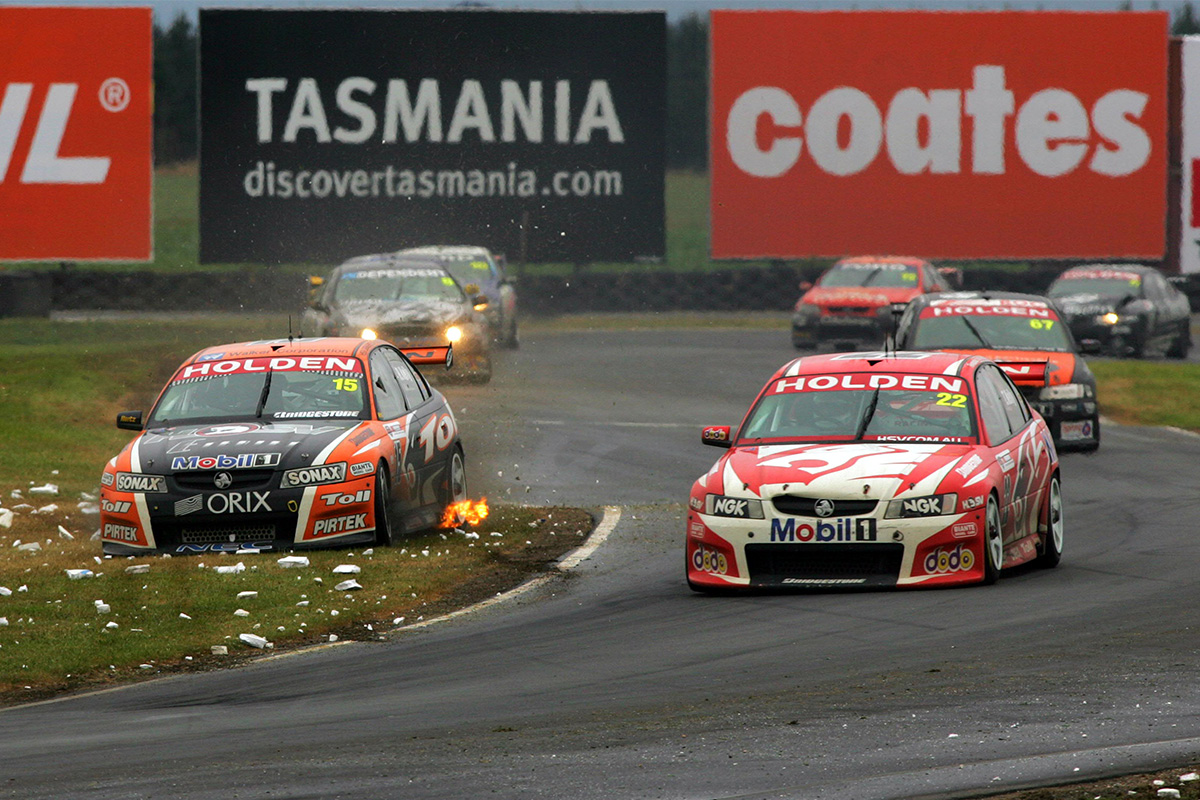 The 2006 visit to Symmons Plains was a championship-changing affair, with Rick Kelly taking control of the title fight.

The 2.4km circuit, which will host next weekend’s Beaurepaires Tasmania SuperSprint, staged a season-defining weekend 15 years ago.

Kelly, who retired from full-time competition at the end of the 2020 season, went into the weekend 30 points adrift of Lowndes, and left Tasmania 73 points in the good.

The Toll HSV Dealer Team driver secured three top five finishes at Symmons Plains to claim fourth overall in the round, but it could have been much different following a bizarre incident in Race 2.

Kelly lost control and had a moment of his own, and a chunk of the destroyed styrofoam sign was lodged in his car’s air intake.

The engine temperature soared to 135 degrees, with the pit wall stressing to Kelly that he should try and rid his car of the debris.

Weaving didn’t do the trick for Kelly, who dropped behind a backmarker and managed to lose the debris in the leading car’s draft.

Kelly survived to finish fifth behind winner and teammate Garth Tander, who swept Sunday’s races to take overall round honours.

"I went off the track and got a foam signage board stuck in the front of the car," he said in the years after the get-out-of-jail race.

"I was going to have to pit because it was blocking the air intake.

"I managed to play around with the car in front of me and use the air circulation from it to dislodge the foam.

"I stayed out and finished the race, which was critical to my championship.”