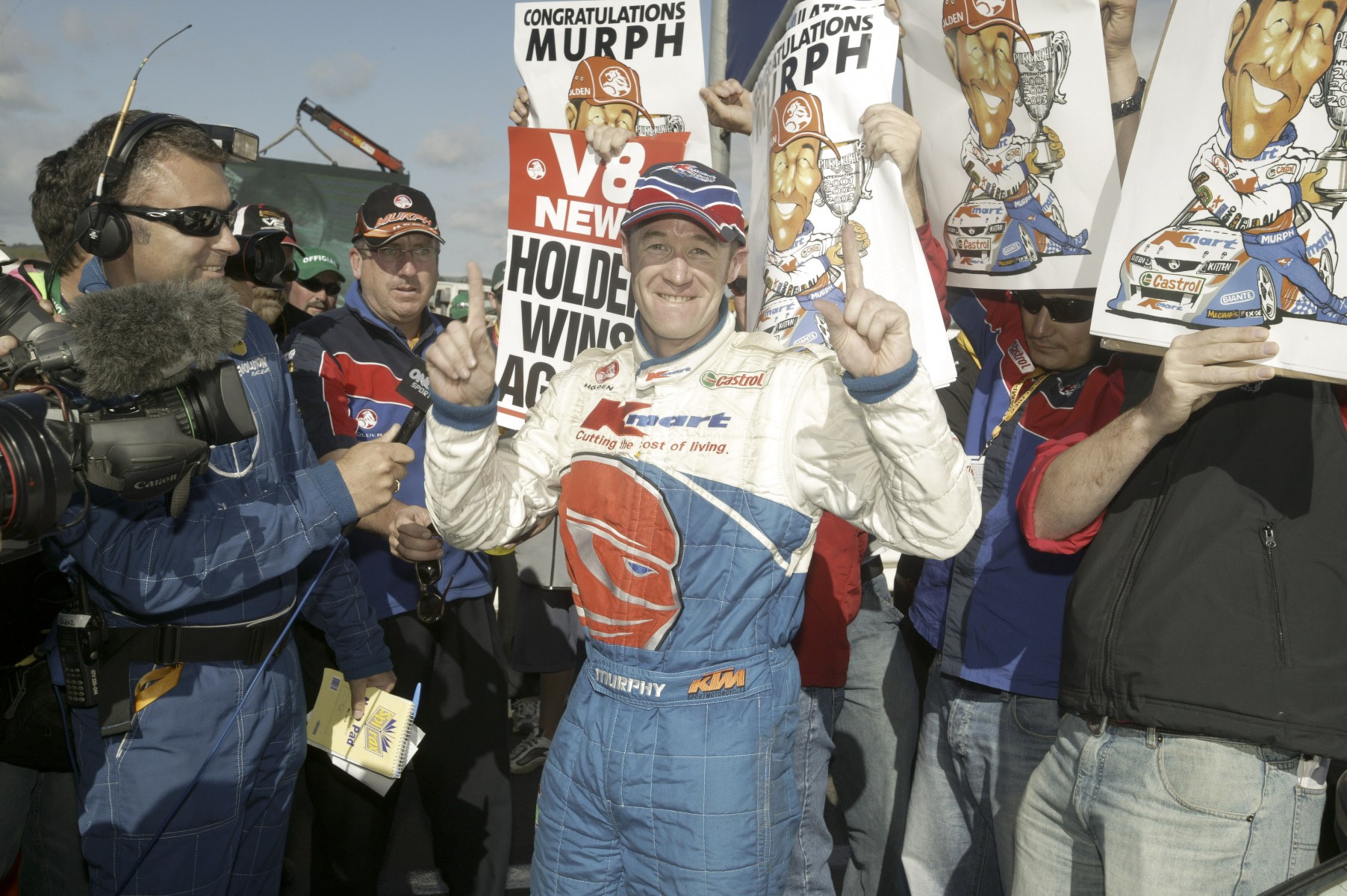 Three Kiwis head to the ITM Auckland SuperSprint in 2017 Supercars title contention, but when Pukekohe first joined the calendar there was one undisputed king, Greg Murphy.

A points round in New Zealand was added to the schedule in 2001, with Pukekohe having since hosted 11 events either side of a street race in Hamilton around the turn of the decade.

It didn’t take long for Murphy to mark the fast and flowing circuit as his own private playground.

In 2001 he took pole position and won all three races in a K-Mart Commodore, adding four more wins from six starts to back that up with round wins in ’02 and ’03.

While Murphy had to settle for a pair of seconds in 2004, he took another clean sweep in ’05, by then driving a Paul Weel Racing-run Supercheap Auto Commodore.

Murphy won four of the first five events at Pukekohe, under the round format. He was victorious in nine of the 15 races, finished second four times and fourth in the other two. 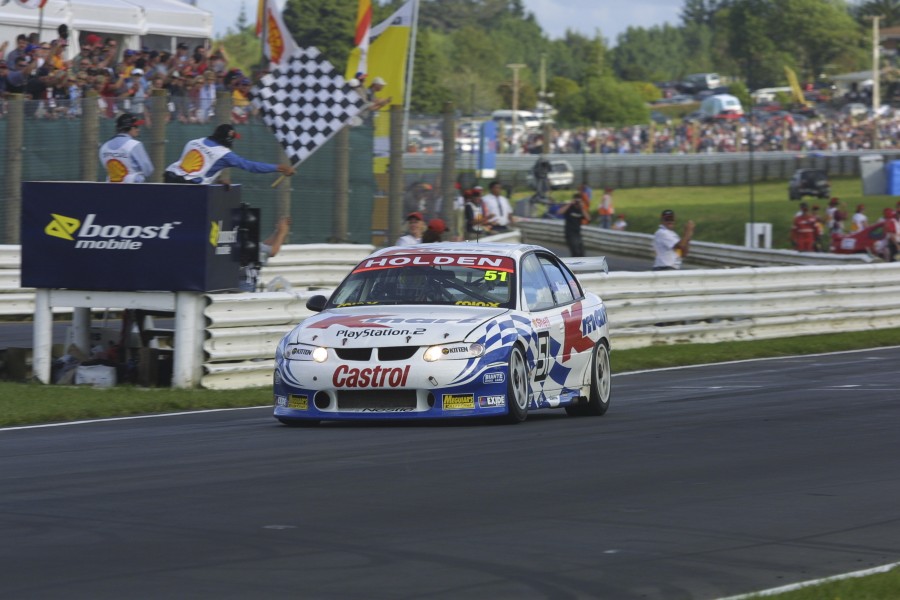 “There seemed to be a few places that I seemed to really have much better results than a lot of others,” Murphy tells Supercars.com, approaching 2017’s penultimate event.

“And I suppose in many ways, thankfully, Pukekohe back in New Zealand was one that was very kind over the years, and I tended to have equipment there that seemed to work really well and suited my way of driving.

“It fell into place, I’d much prefer it was there than somewhere that didn’t have the same kind of affinity or same kind of meaning and feeling.

“I’m very fortunate to have that kind of thing happen and I really relished the opportunity to be there and race, being a Kiwi in one of the, if not the, best touring car series’ in the world in an Australian domestic championship.

“To have a round at home and have that success was very special.

“As far as the Pukekohe wins go, they for me rate right up there as the best things that ever happened in my Supercar career.” 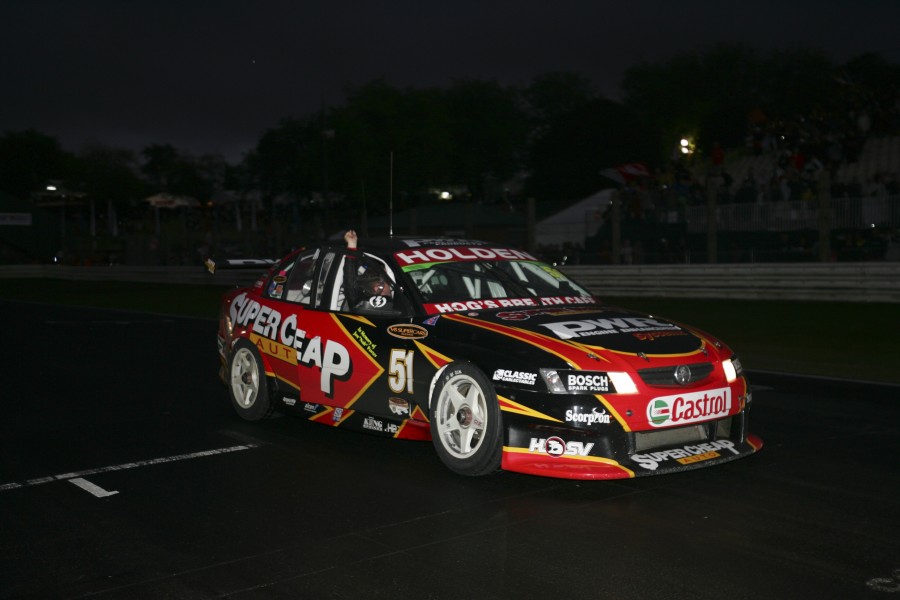 Supercars had last visited New Zealand at the end of 1996 for a pair of non-points races, as Murphy stepped into the #1 Holden Racing Team Commodore.

Murphy had just won Sandown and Bathurst with Craig Lowndes, who took out the title and had packed up to head to Europe and contest the 1997 Formula 3000 Championship, chasing his Formula 1 dream.

While Murphy won all three Pukekohe races, he said he had “no idea” he would be as strong five years later, with points on the line for the first time.

“As competitive as the series is now, back then (2001) there was a really strong competitiveness at the front of the field,” he says.

“The likes of Lowndes, [Mark] Skaife, [Russell] Ingall, [Larry] Perkins, all these massive names had been so successful and were so fast, it was hard to believe that you could turn up somewhere like that and achieve three wins out of three on the first time at the venue as a championship round.

“It was a fairytale, really. I left that weekend in complete and utter disbelief at what we’d managed to pull off.

“The ’96 thing was very different because with HRT at the time I think everyone would agree they had the best cars on the best tyre and probably pretty good budgets to go with it as well.

“Lowndsey had won the championship that year and he and I got on and won Sandown and Bathurst, so expectation was pretty high.

“Back in 2001, the landscape was very different, and there was less certainty. It was a huge boost for me and my Supercar career.” 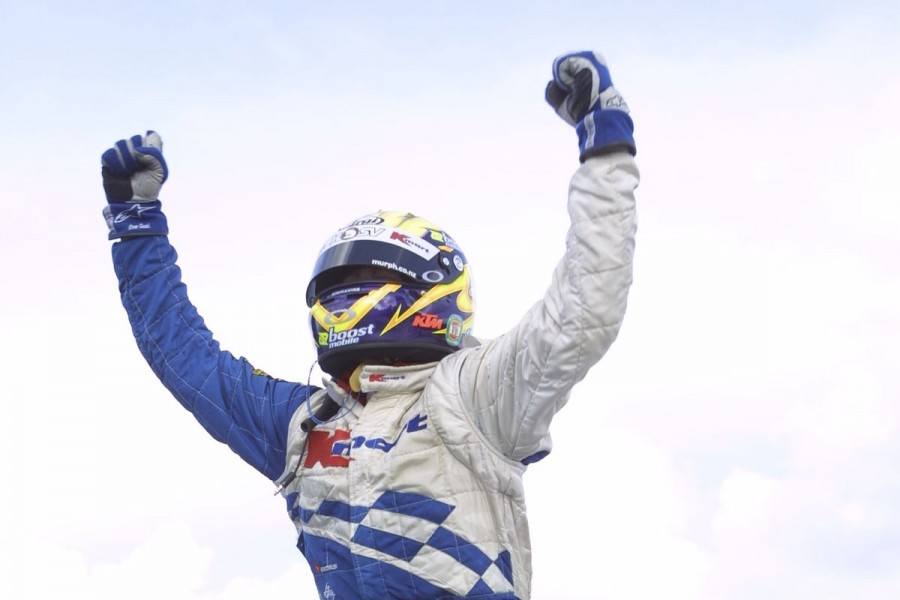 Murphy and Paul Radisich, in his third season with Dick Johnson Racing, were the two leading New Zealand drivers in the series in 2001, while the late Jason Richards was contesting his first full campaign with Team Kiwi Racing.

Given the massive interest in the locals, even before he started winning, Murphy says much of the weekend was “pretty much a blur”.

“The workload out of the car was enormous and that was due to the fact the fans were in raptures about having Supercars on New Zealand soil, as a championship round,” he said.

“The people were phenomenal, absolutely outrageous. All of the stuff around it was really a blur, but certainly the memories of the reaction, the podium and everything after each [win], certainly after the last race on Sunday afternoon, are still quite vivid in my memory.

“The feeling that I got from that was something that you wish you could share with everybody - you wish everybody got a chance to feel like that at some stage, whether it’s in sport or not.” 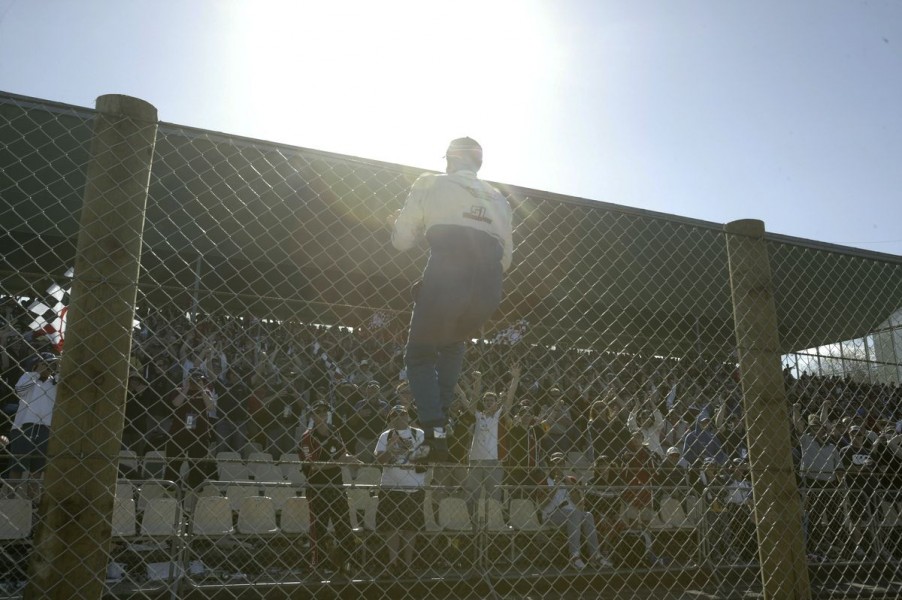 That means all three New Zealanders on the grid are in the top five in the championship, and McLaughlin in particular has spoken about the impact watching Murphy’s success at Pukekohe had on him as a youngster.

“They are making their own statements now and doing incredible things with their cars,” Murphy said.

“It’s quite humbling to hear them talk about [watching on at Pukekohe] and now they are standing up and achieving things that are staggering in respect to the numbers and the things those guys are doing now.

“They’re making history and creating memories that will be regurgitated when they are 10, 15 years older than they are now by a lot of young, budding drivers sitting on the hill.

“It’s nice to see that it’s generational and the same things are happening moving forwards.

“That’s a huge thrill for me, to see these guys achieving at such a high level and really setting new benchmarks.”