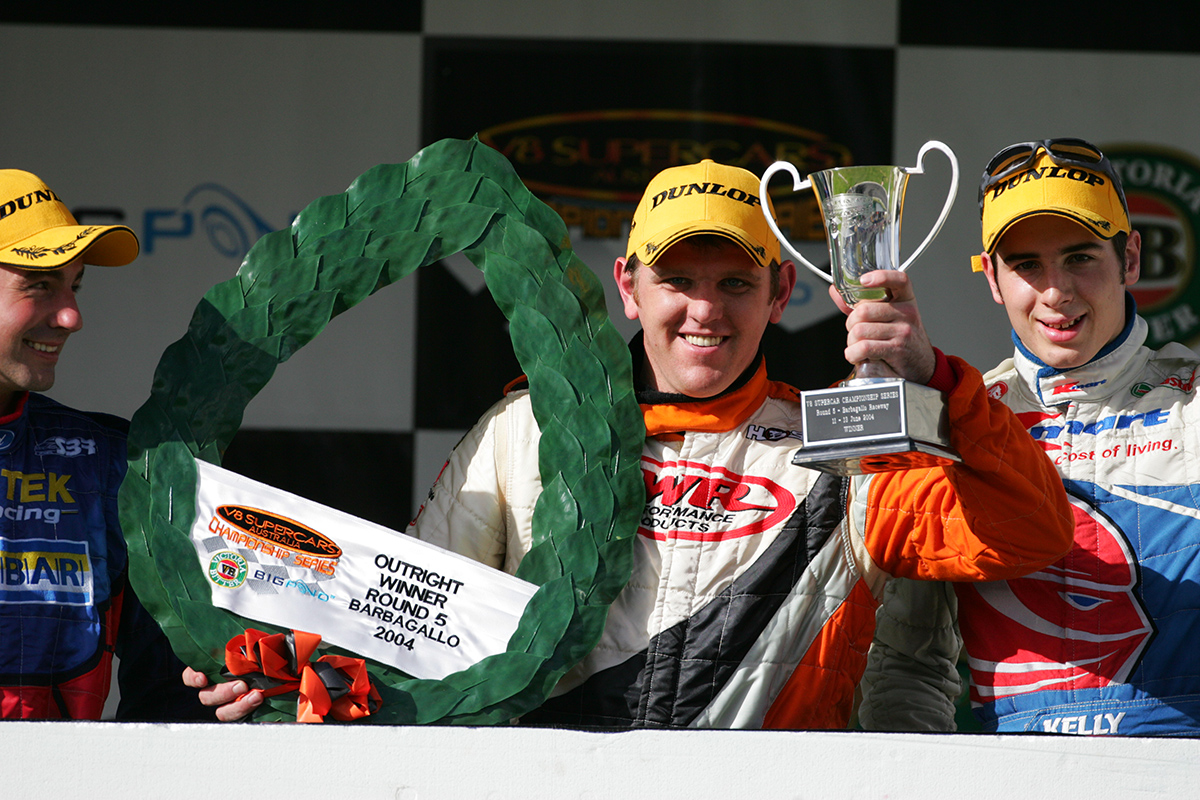 The Perth venue is renowned for its abrasive track surface, making the racing a true test of tyre life and strategic nous.

When the track last received a fresh layer of tarmac in 2004, lap times tumbled and the racing was transformed – a process likely to be repeated this weekend.

A then PWR Racing Holden-mounted Jason Bright was the big winner 15 years ago, taking two of the three races to become the first double-round winner of the season. 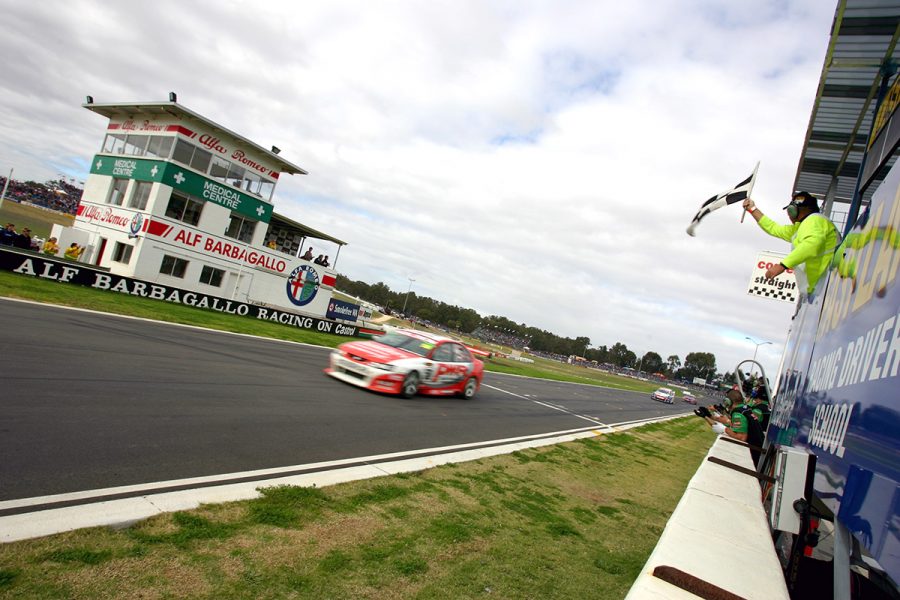 The previous practice/qualifying lap record of 57.2542s, set by Paul Radisich three years earlier, was obliterated by more than two seconds in the very first session.

Bright lowered the benchmark further to 55.8539s in qualifying, where the full 32-car field lapped below the 2001 marker.

In the Top 10 Shootout, Steven Richards recorded his first-ever Supercars pole, leading a quartet of quick Commodores at the top of the order. 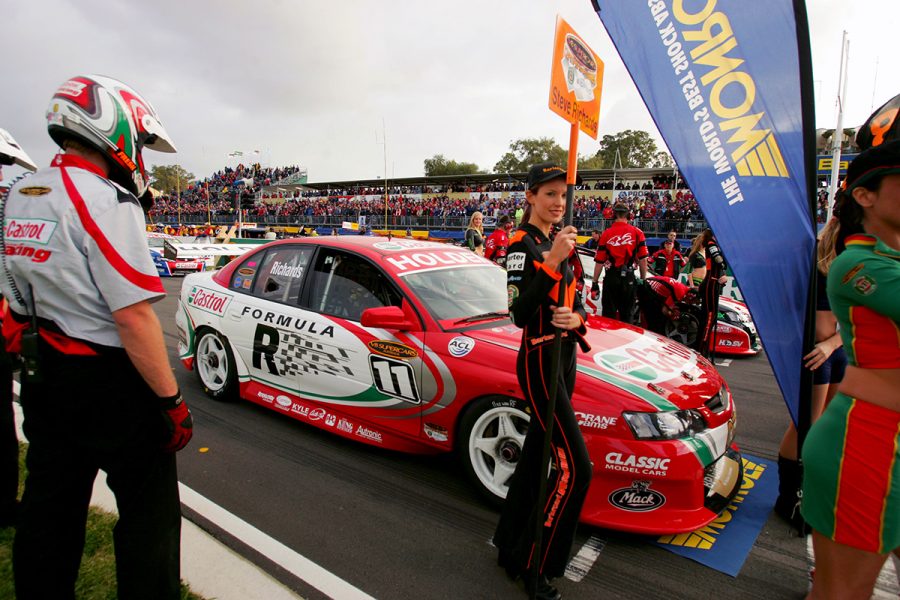 Disaster struck for Richards just three laps into the first of three heats, spinning out of the lead and into the Turn 7 gravel trap thanks to a three-wide squeeze.

Richards had been baulked by lapped runner Dale Brede, allowing Skaife and Bright to range down his inside and outside respectively.

Having edged ahead as the cars entered the braking area, Skaife squeezed Richards, who then spun across the front of Bright’s car.

“It was pretty serious stuff at the fastest point on the track,” Skaife told Motorsport News at the time.

“I certainly wasn’t trying to make contact. Those things happen in the game we’re in. But there was no malice in it.”

Skaife went on to take his first win of the season from Bright and Kelly, who had vaulted to the front in the pitstop cycle, but was unable to hold off his rivals. 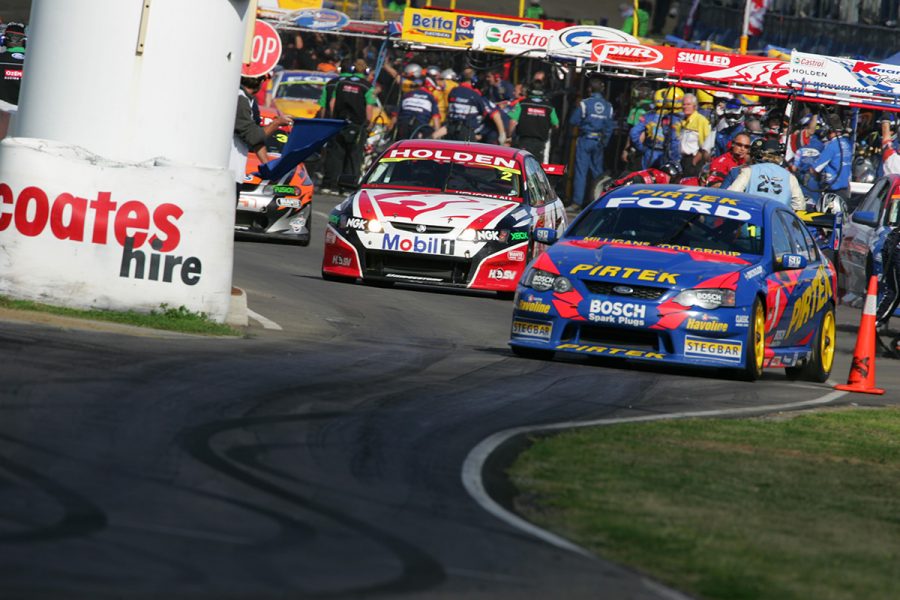 Race 2 provided even more action, with Skaife, Kelly, Marcos Ambrose and Bright all trading the lead across the 50 laps in one of the best races of the season.

Skaife had just overtaken Ambrose for the lead on lap 18 when he was handed a drive-through for pitlane speeding, taking him out of contention for the weekend.

Kelly then led until succumbing to the pressure of Bright three laps from home, the duo leading Greg Murphy, Ambrose and the recovering Richards to the chequered flag.

Bright won again in the third encounter, overtaking Kelly on track having lost out to the K-Mart entry in the pitstop cycle for the second race running. 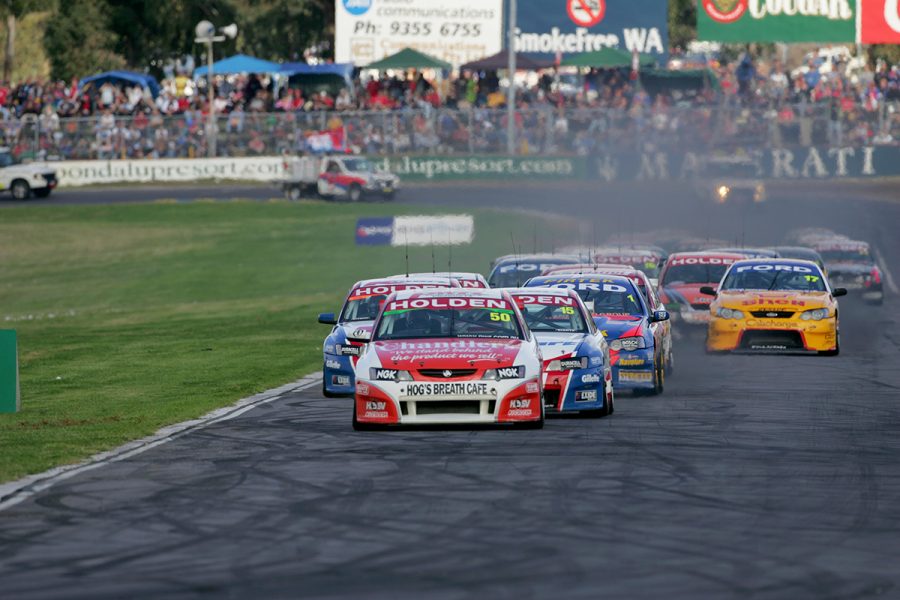 Kelly eventually fell to fourth behind Richards and Ambrose, with Murphy’s chances dashed by a spin on the way to pitlane in the early stages.

Eventual champion Ambrose’s results of third, fourth and third were enough to retain the points lead and came despite only qualifying 21st, seemingly caught out by the surface.

“We goofed up in our preparation for this race,” Ambrose admitted after Race 1. “We weren’t ready for it... [but] we transformed the car in one stint.

“It was pin the tail on the donkey stuff; you know, just close your eyes and have a go. And it’s worked out.” 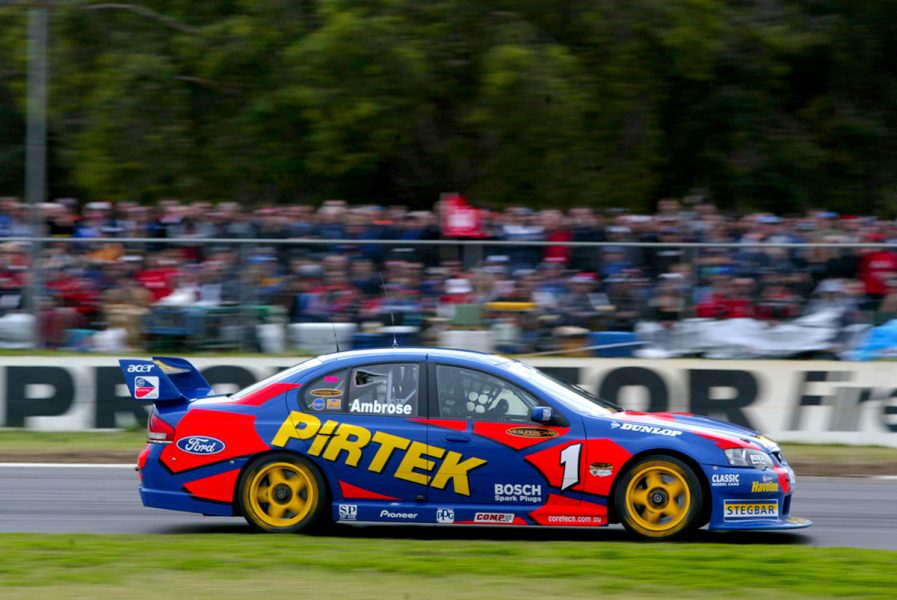 Elsewhere in the Ford camp, the meeting was a nightmare for Ford Performance Racing (now Tickford Racing), then in its second season and struggling with reliability.

Glenn Seton suffered engine failures in practice and Race 3, while Craig Lowndes blew a motor in Race 2 and didn’t even start the final.

Bright meanwhile left with the weekend trophy and the race lap record of 55.9440s, set in the final heat.

With drivers predicting improvements of ‘three to four seconds’ this weekend on last year’s best of 56.4439s, Bright’s benchmark is almost certain to be broken.

29/04/2019
Stay In The Know
Sign up to the Repco Supercars Championship Newsletter
We use cookies to ensure that we give you the best experience on our website. If you continue to use this site we will assume that you are happy with it.Ok